It’s been a few months since our last roll-up of top developer stories, so I’ll be catching up with the news from last fall in two posts. We’ll start here in Part 1 with Visual Studio, .NET, ASP.NET, languages, and a few other tools for good measure. Part 2 will cover a variety of topics including Connect(); //2015, Windows 10, cross-platform development,. Visual Studio Code, and a number of other goodies. So let’s get started. 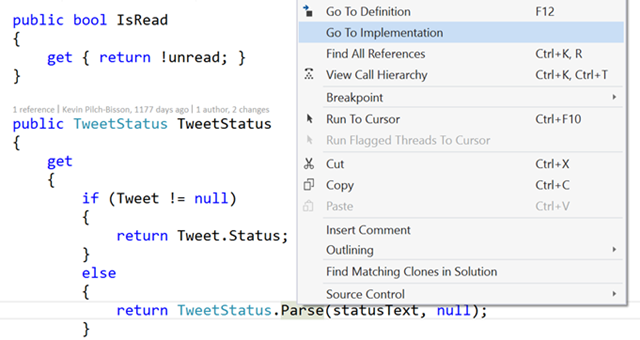 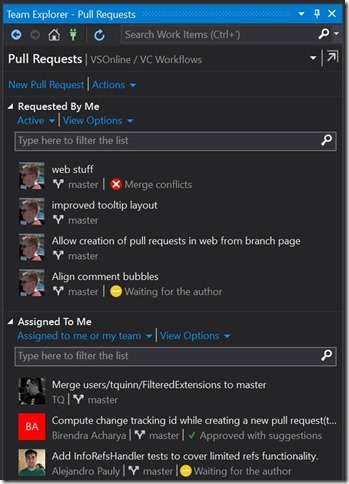 Profiling, remote Linux debugging, and IntelliTest: there has been some advance in a number of tools with Visual Studio 2015 that are worth calling out separately. First is the ability to profile your CPU in the debugger, as explained by Nikhil Joglekar, that lets you watch the CPU utilization graph to see if there is any CPU-intensive code running as you set breakpoints and step through code. In November, Marc Goodner shared the release of the Visual Studio GDB Debugger extension that enables debugging remote Linux targets including IoT devices. Pretty cool stuff, which even works on a Linux VM running in Azure! You can also read Prakash Patel’s post on Remote Debugging for JavaScript. Another fun extension is the Breakpoint Generator Extension, which automatically scans the source code in the active solution, finds the public methods (which are typical entry points to the program), and puts a breakpoint and a configurable trace message to the beginning of each method. Also very cool! And lastly, perhaps the coolest of all for developers with Visual Studio Enterprise Edition, is IntelliTest for .NET, which, as Pratap Lakshman explains in this post, helps you generate a whole suite of unit tests with a high degree of code coverage at a fraction of cost. You can also see a video demo in IntelliTest on Channel9 (34m 45s). Of course, this means you’ll run low on excuses for not unit-testing your .NET code. J

On the .NET front: The .NET Framework 4.6.1 announcement got plenty of attention with a variety of improvements, including some for WPF as explained also by Harikrishna Menon in his separate post. There’s also an interesting post by Omar Khudiera of Pangea Engineering called Why .NET? with some comparisons to Go and Java. Then we have the open-source, cross-platform .NET Core (now officially .NET Core 1.0) that is also gaining momentum, and the Introducing .NET Core video (7m 8s) by Richard Lander gives you the overview. .NET Core is also an integral component of Universal Windows apps in Windows 10, as explained in the short video .NET for UWP: CoreFx (3m 8s) by Lician Wischik. But that’s not all—because .NET Core can run on any platform, it’s also suitable for Linux, which means it can be used in Docker containers as well. Elton Stoneman explains this in Getting Started with .NET and Docker. With Docker, too, Adarsha Datta wrapped up a series on Docker: Containerize your Startup, the earlier parts of which we highlighted last summer. 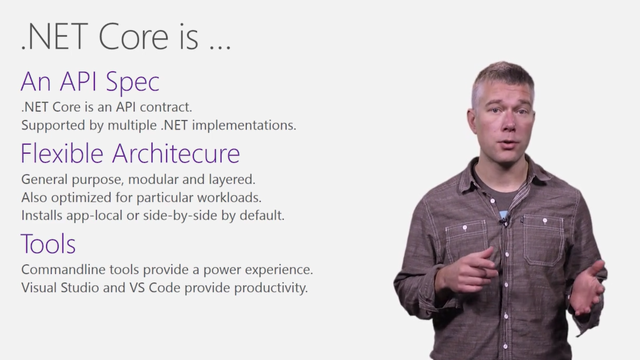 ASP.NET: You may have just read on the ASP.NET blog (or Scott Hanselman’s) that ASP.NET 5 is now officially called ASP.NET Core 1.0 to go along with .NET Core 1.0 and Entity Framework 1.0 (which was Entity Framework 7). The naming change underscores the fact that the former “ASP.NET 5” was not a replacement for ASP.NET 4.6 and that we’re really entering a new space with the “Core” releases—“a fork in the road” as Hanselman describes it. That said, you’ll still find quite a few entirely applicable resources on “ASP.NET 5” including Scott Hunter’s video, Introducing ASP.NET 5 and Web Tooling (14m 51s), Dan Wahlin’s longer discussion in Modern Web Development (48m 8s), and Abhinaba Basu’s post, Publishing an ASP.NET 5 Web Application to IIS locally. And of course, fun things continue to happen in ASP.NET 4.6, such as WebHooks, as Scott Hanselman covers in Introducing ASP.NET WebHooks Receivers – Webhooks made easy. He also has a great post on simulating a low bandwidth connection.

C#, C++, TypeScript, and JavaScript: to wrap up the top news for Part 1, we have some fun items to share where languages are concerned. First, you can get a look ahead to C# 7 with this video by Mads Torgersen (58m 15s). If you’re writing C++, you’ll probably enjoy the session Writing Good C++14 from CppCon2015 (1h 42m) by none other than the master himself, Bjarne Stroustrup! And if you want be on the cutting edge of some C++ developments, check out the C++ Experimental Editor Tools, which you can turn on and off in Visual Studio 2015 as explained by Gabriel Ha. Heading over to the land of JIT, now, Bill Ticehurst has a video on What’s New in TypeScript (12m 7s) and David Catuhe shares two posts on Using JavaScript frameworks from your C#/UWP application and JavaScript goes to Asynchronous City, in the latter of which he shares the developments on promises in ECMAScript 6. Oh, and did you catch the news in December that Microsoft Edge’s “Chakra” JavaScript engine went open source? The repository itself just opened up here in January. 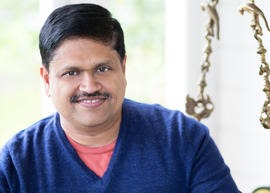 Finally, on behalf of everyone who has enjoyed working with and for Soma Somasegar, we wish you a fond farewell as you wrapped up 27 years of service at Microsoft! To enjoy a look back through his career and all the changes that have taken place during that more than a quarter-century, check out Mary Jo Foley’s exit interview with Soma. In one response he says, “I am a strong believer in developer choice and meeting developers where they are. Microsoft has been all about building great tools and platforms and letting developers make the choice of what they want to use and when.” That legacy, I know, pervades the work we do in Microsoft’s Developer Division, and will persist long into the future.
Thank you, Soma!