Visual Studio for Mac version 8.8 is available for you to download today. 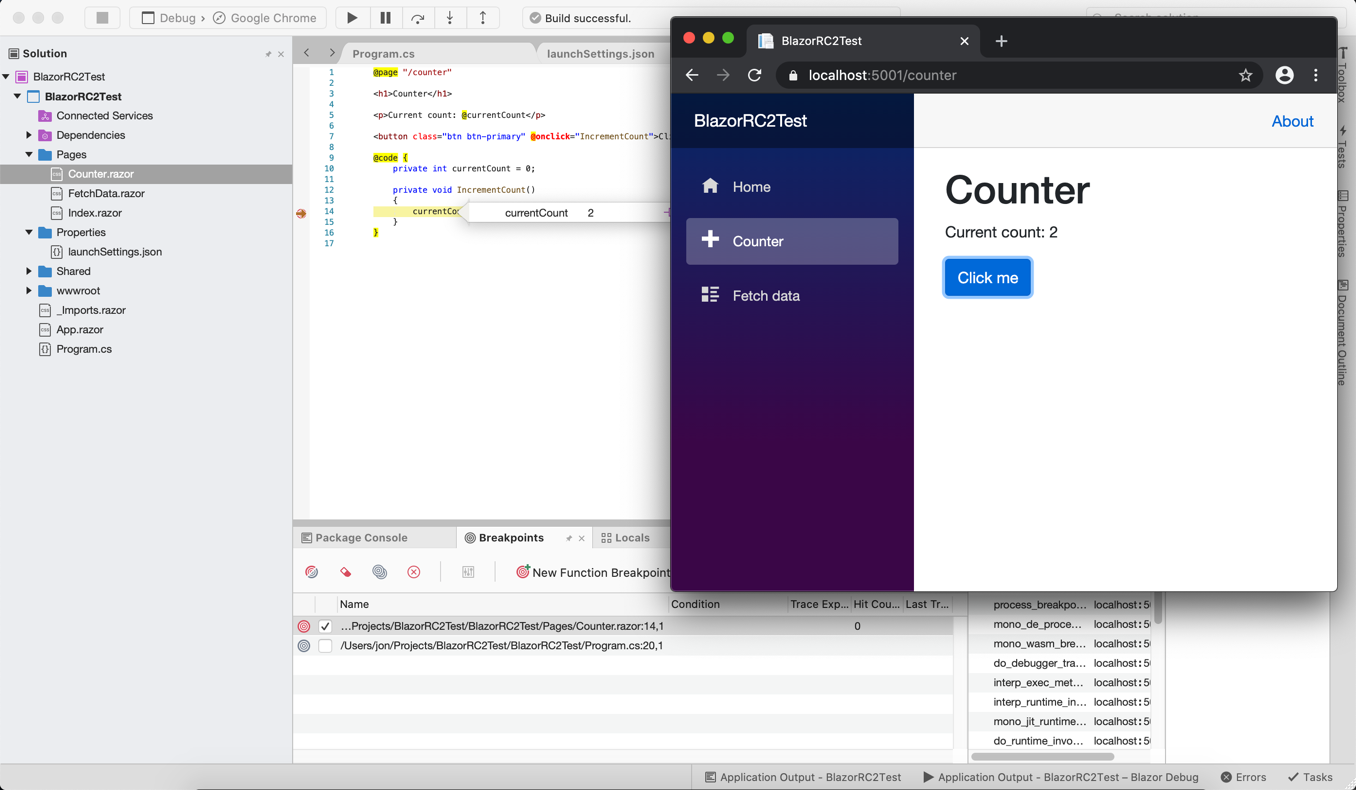 Use Custom .NET Templates from the New Project dialog

This release of Visual Studio for Mac includes a preview feature which lets you include custom .NET templates in the New Project dialog via File > New Project. In addition to the standard templates included with the .NET Core SDK, developers have been able to create custom .NET Core project templates since .NET Core 2.0. Many library authors have published custom templates to NuGet since then. You can browse them on the NuGet site setting the Project type filter to Template. In order to use this feature, you will need to enable it in the Preferences dialog, under Preferences > Other > Preview Features.

The Visual Studio Tools for Unity has leveled up in this release. We’ve refreshed the Add Unity Event Functions dialog which helps you quickly implement the special MonoBehaviour event functions. Use Cmd+Shift+M to open the dialog. From there, search and select the event functions you want to add to your script! Visual Studio for Mac now includes support for building .NET 5 applications. .NET 5 is the evolution of .NET Core and is a major release that includes the following exciting features: This year we’ve been focusing on making incremental changes to Visual Studio for Mac to help it feel more familiar to developers that work with both Visual Studio on Windows and Visual Studio for Mac. Recently we made changes to match the default editor themes across the products. This release, we focused on the Tool Window experience, which we previously called “Pads”. Tool windows are the smaller windows, or sidebars, that you see at the edges of the IDE surrounding your code editor. Examples included the Solution window, and the Errors window.

You can access tool windows using the View menu, which has been updated with this release so that it’s easier to find commonly used windows, and to better match the View menu you can see in Visual Studio on Windows. Another small change, but a request that came up a lot when we talked with developers – we’ve added a new Build Output window which will appear by default when you build your project. Previously, this was combined with the Error list window and would only appear when you had an error.

Be more productive with new Quick Actions and Refactorings If your code references a method that’s not used anywhere else, you can use the Inline Method refactoring to place the contents inline: We hope you enjoy Visual Studio 2019 for Mac 8.8 as much as we enjoyed working on it. To update to this version, you can download the installer from the Visual Studio for Mac website or use the in-product updater to update an existing installation.