Last month, we kicked-off a challenge for our developer community to build a solution using ASP.NET Core and the new .NET Core features in Visual Studio for Mac. We were delighted to hear from so many of you and we were excited to receive many projects built from scratch using some of the control libraries we highlighted. Check out some of the submissions that came our way: 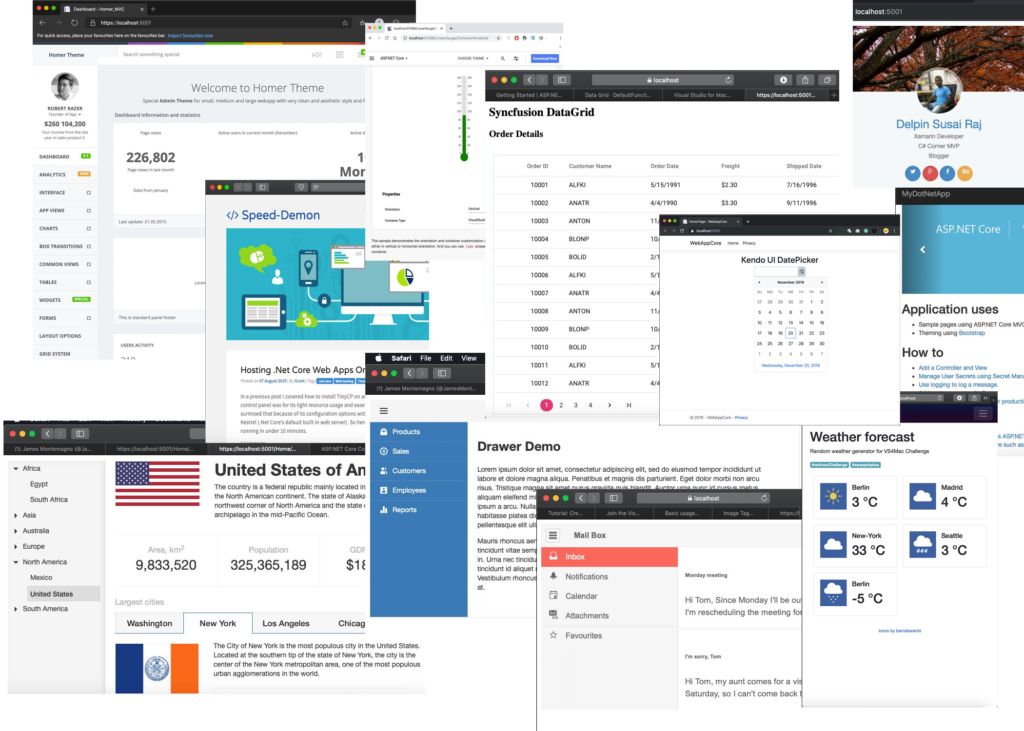 Thanks to all of you who took part in this challenge – we’re reaching out to get you the sweet, sweet swag that was mentioned as a perk of participating.

We’d also like to say thank you to the .NET Core component library partners that took part in this challenge by contributing licenses to the prize list and for their continued support of .NET Core developers on Mac:

If you have any feedback on this, or any, version of Visual Studio for Mac, we invite you to leave them in the comments below this post or to reach out to us on Twitter at @VisualStudioMac. If you run into issues while using Visual Studio for Mac, you can use Report a Problem to notify the team. In addition to product issues, we also welcome your feature suggestions on the Visual Studio Developer Community website.