As the word “code-first” implies, the EF 4.1 offers a code centric data programming paradigm. From a coder’s point of view, it requires little effort to map a very clean object model to a database. This style of programming is idea for explorative, bottom-up kind fsharp programmers. Since EF 4 CTP4 release, there have already been many buzzes. The following two blogs have in-depth EF 4.1 feature overview.

In this blog, I demonstrate how to use EF 4.1 Code-first in Fsharp 2.0 to save a record into a SQL CE. I also provide workarounds for several practical issues may block fsharp programmers. 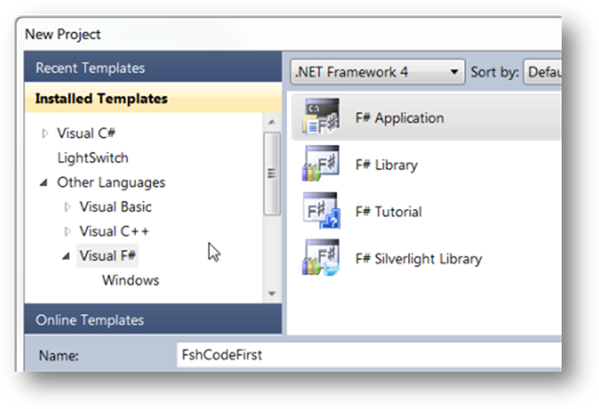 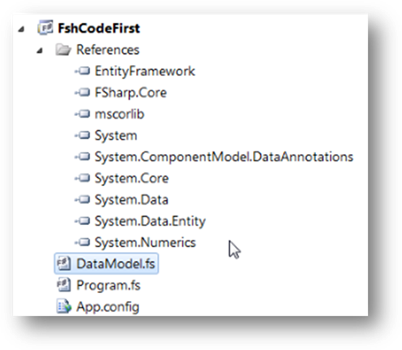 In this example, I create a CLCars class. The class contains a single DbSet of Cars. In Car class I have a field of ID (serve as the primary key) and a field of Name. 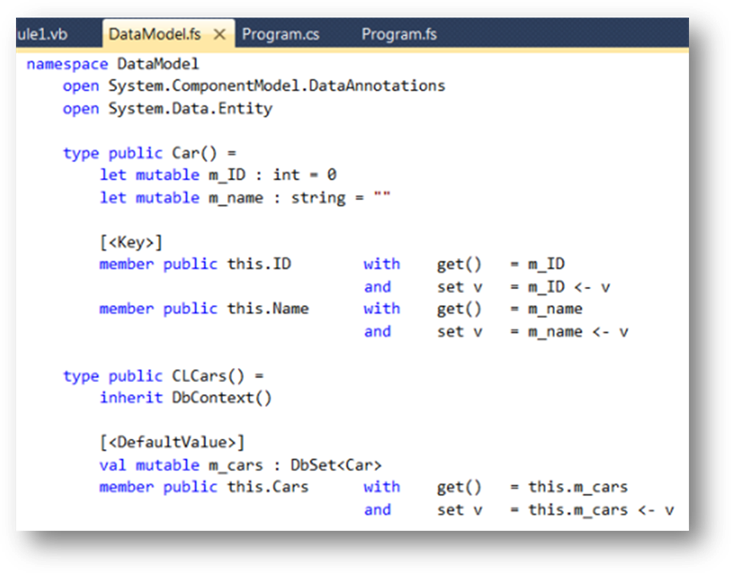 In the driver code, I create a new CLCars database, added a Car to it and flush out to the database. 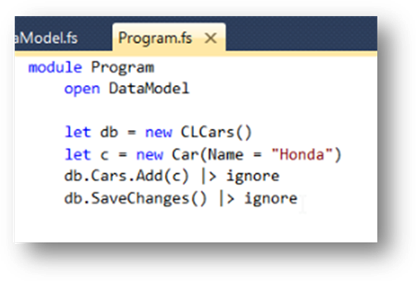 Step3: Pointing to a Database

I love SQL CE 4.0, especially because user no longer needs to generate a primary key while adding a record. Yeah! In this example, I add an app.config file and embed the database connection string. I also make sure the connectionString Name property is the same as my DbContext class name, so that the EF 4.1 automatically generates a database at runtime.

After build and run app, I use SQL Server Compact 4.0 Tooling for VS2010 to verify the database, the table and the data are added correctly. 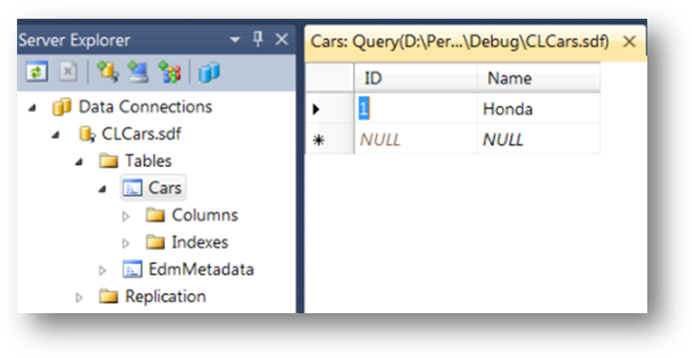 During the ad-hocking, I also encountered several issues. Here is how I work around them.

Issue#1: EF 4.1 does not support nested type; the model can NOT be used inside a Module or a Script

Trying to put the model inside a module, I got a run time exception: “The type ‘Program+Car’ is not a supported entity type.”

Digging into fsharp assembly using reflector, we can see the Fsharp script and module generate a nested-type which is not supported in EF 4.1 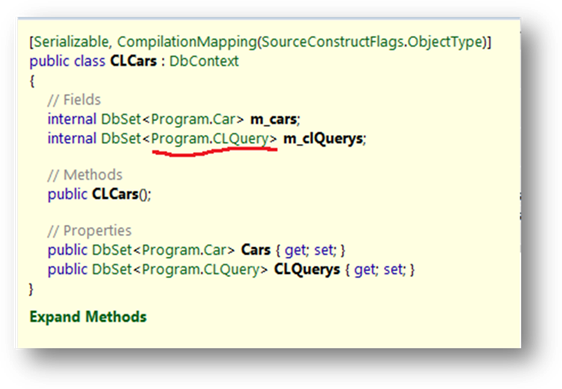 The VB module shares the same limitation. The work around in below example is to move the Car and CLCars class outside the Module1. 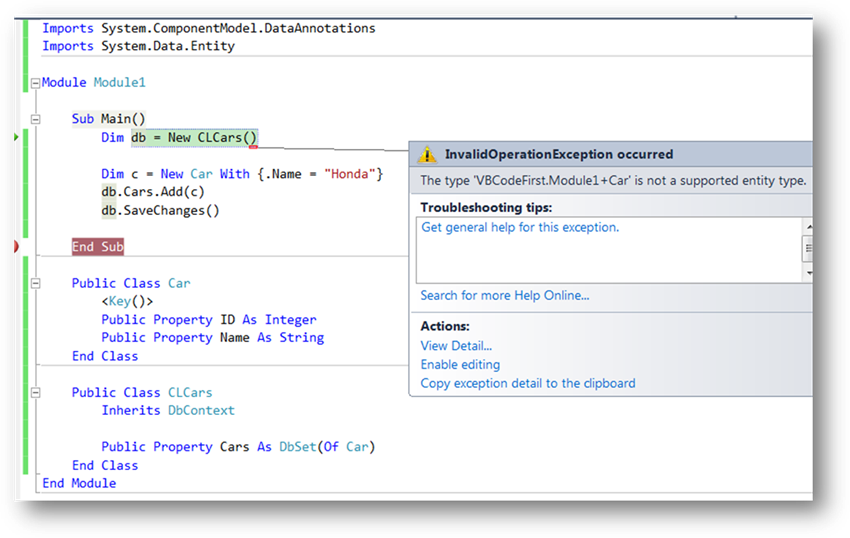 EF 4.1 code-first is a great tool for F# 2.0 data programming. As Fsharp 3.0 features become clearer in the next few months, I am supper exited and feel good about them. I expect Fsharp 3.0 will take these experiences to the next level. Happy coding!