Scripting Guys Booth Visitors: Round One

Summary: Following the Microsoft TechEd 2012 keynote, the exhibit hall opened, and lots of people flooded in to talk to the Scripting Guys and friends.

Microsoft Scripting Guy, Ed Wilson, is here. We finally got a quick break. The first morning of Microsoft TechEd 2012 was a lot of fun. Our booth helper Daniel Cruz probably described it best when he said the following:

One of the great things about Microsoft TechEd is getting to see people with whom you correspond, but with whom you never get to see, except for possibly at TechEd. Boe Prox and Microsoft MVP Sean Kearney stopped by the Scripting Guys booth, and they got to know Daniel a little better. Here are the three of them as they discuss—well, you know what they talked about; Windows PowerShell, of course! I had the chance to talk to lots of people as they came by. Several people just wanted to shake hands and express their appreciation for everything, but some came with specific problems. It is always fun troubleshooting a Windows PowerShell script sight unseen without any specific error messages, but by pointing them to the Hey, Scripting Guy! Blog, and pointing them to the troubleshooting section, I hope that I got them thinking in a different vein.

I was talking to one person about writing a specific script to help him use Windows PowerShell to find items in Microsoft Outlook. I ended up thinking it was a great idea, took a bunch of notes, and I will probably write a Hey, Scripting Guy! Blog post about the particular scenario.

Well, I am going to ring off right now. Tonight, is the Expo Hall meet-and-greet, and if you are in Orlando at TechEd, come by the Scripting Guys booth to say, “Hi,” or bring your Windows PowerShell questions. We will have the winners of the 2012 Scripting Games there, in addition to a number of MVPs and others. So if you bring a question, you will definitely get answers.

The Scripting Wife will also be there, and she will be glad to talk to you about learning Windows PowerShell and resources for beginners. You can also catch her on Twitter @ScriptingWife. Here she is catching up on a few tweets between people at the booth. 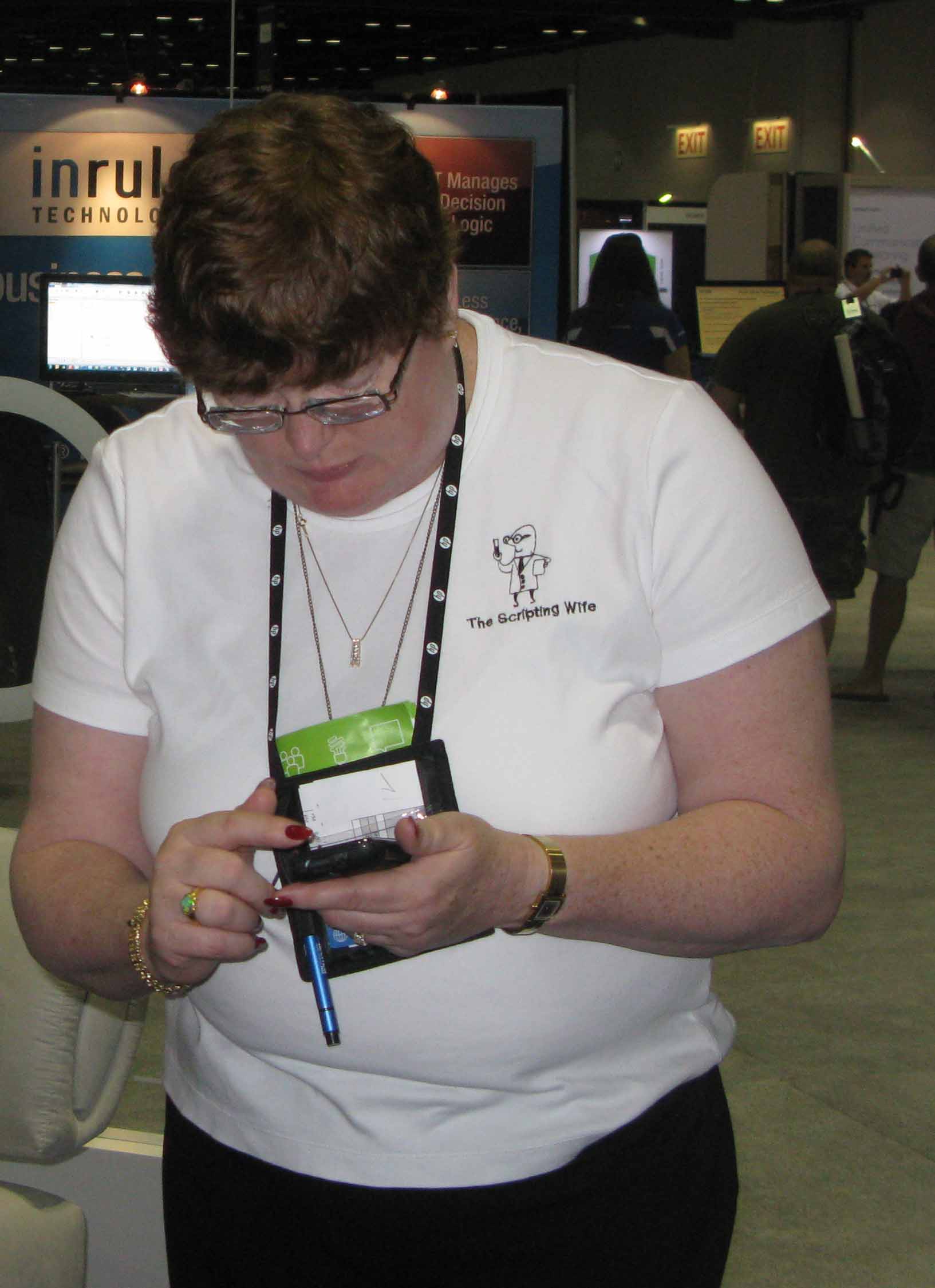