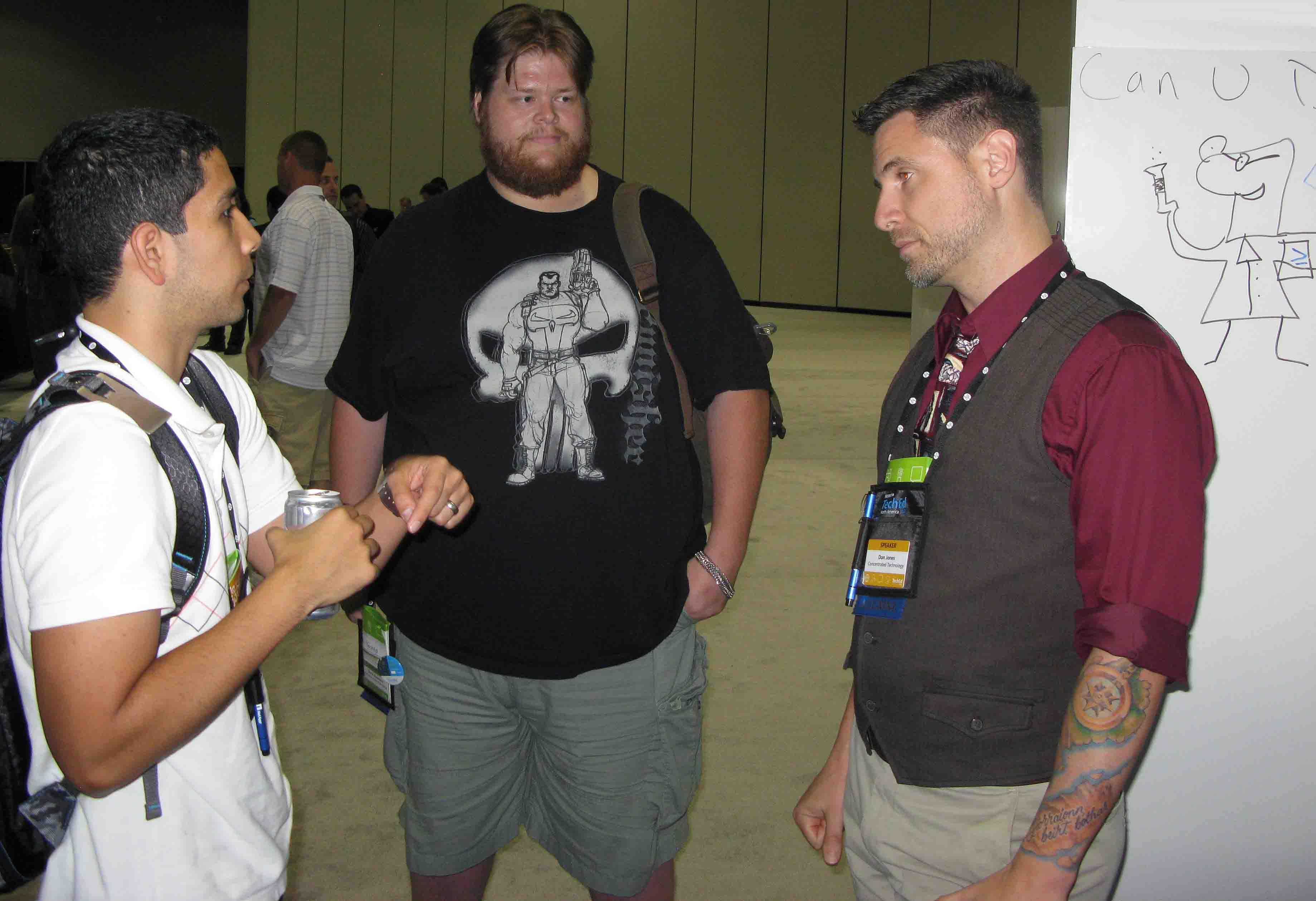 Following Don Jones, the two 2012 Scripting Games winners showed up to receive their Dr. Scripto bobble head dolls and some IT Pro posters, and to be interviewed by Microsoft IT Pro evangelist, Blaine Barton, for TechNet Radio IT Time. This interview will be live later, but I can tell you, it was a lot of fun. Blaine is a great guy, and he is the brains behind the Jacksonville IT Pro Camp coming up this Saturday. Anyway, here are Lido and Rohn loaded down with goodies following their interview with Blaine. 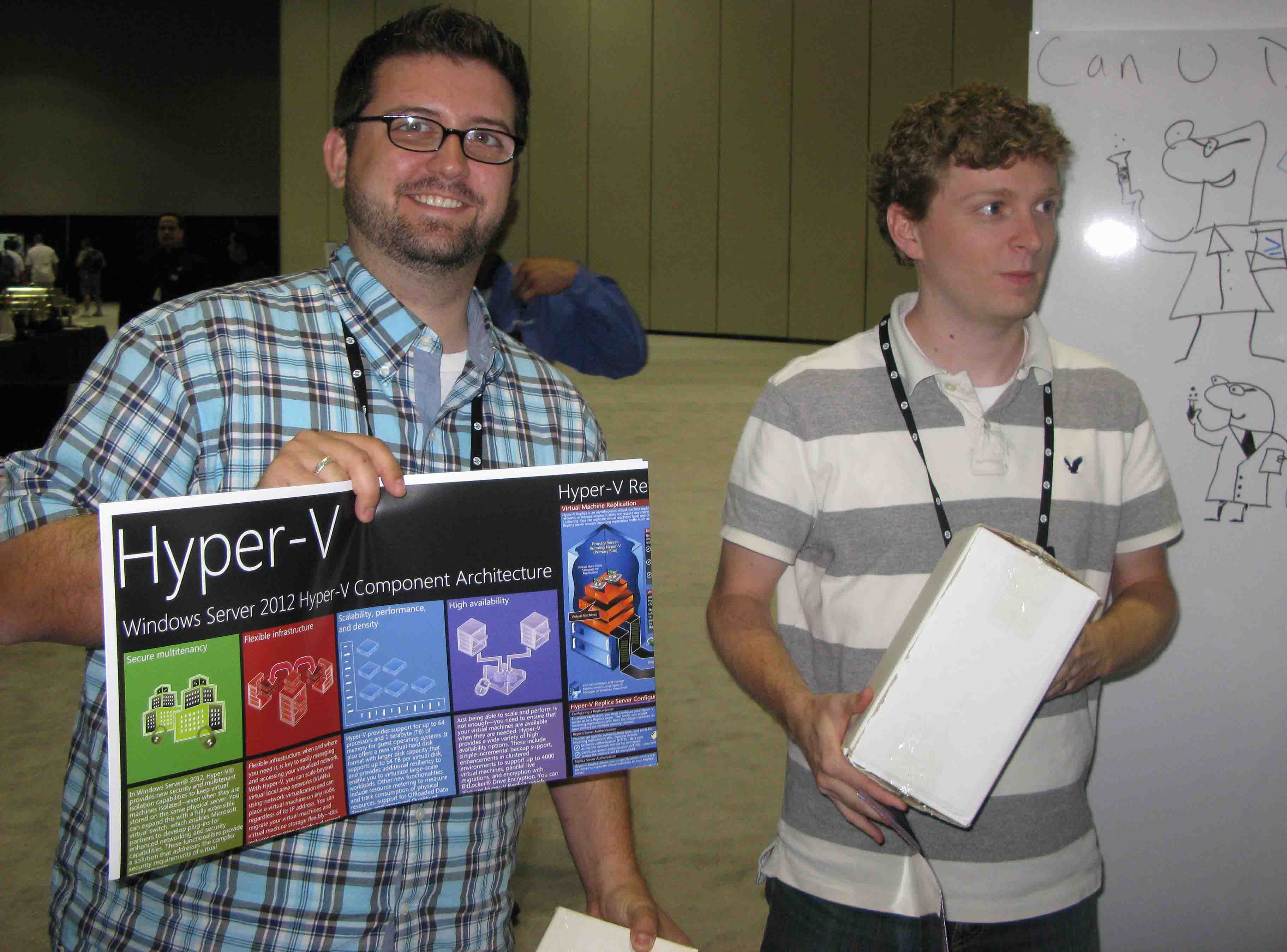 Following the interview, we had various people stopping by to see how they might draw Dr. Scripto. Jason decided he could not resist the attempt at fame, and so he jumped-in on the competition. I thought he did an excellent job. 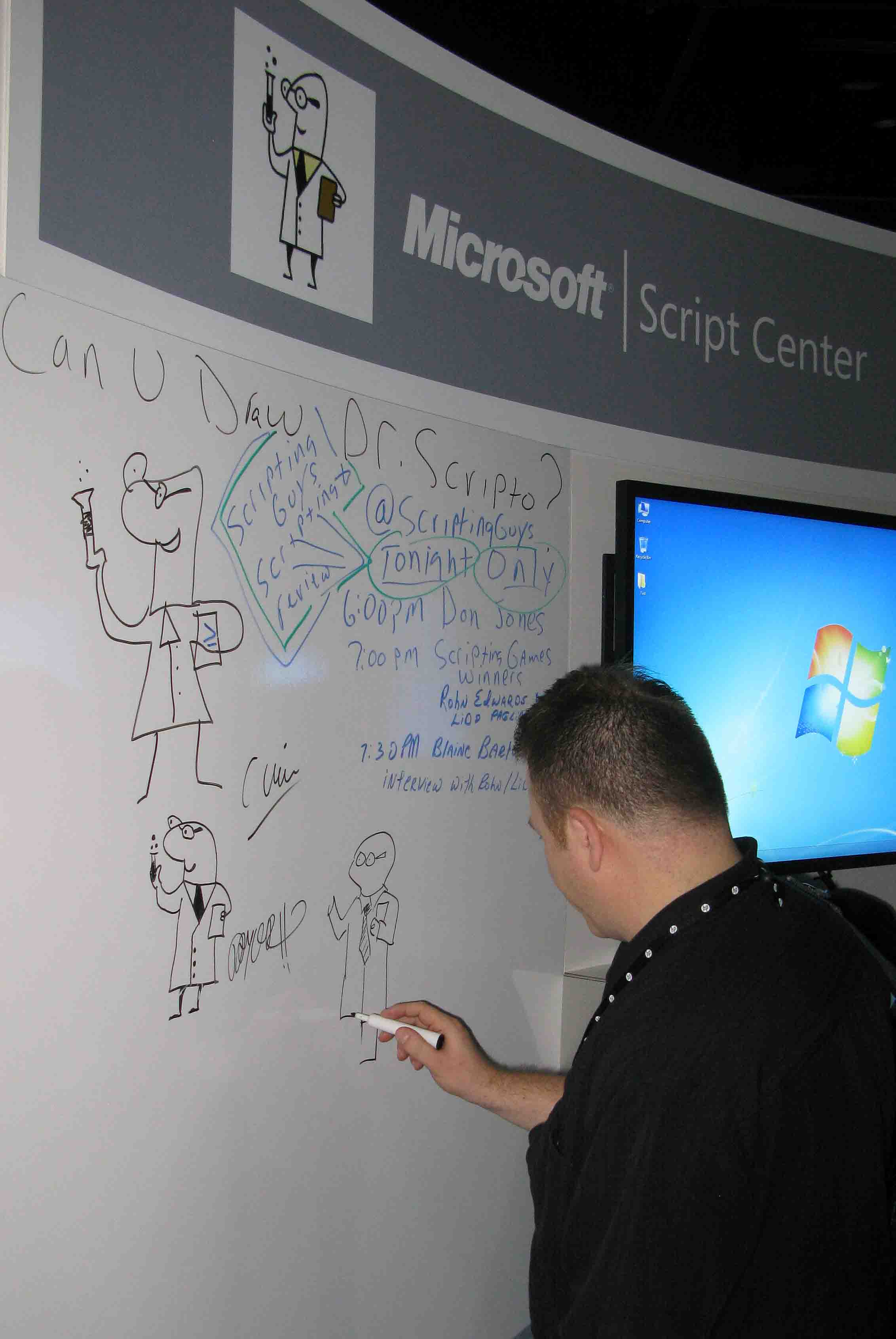 I shared space with my teammates from SCDiX. Here are Cordell, Tony, and Kim hanging out after we closed down the exhibit hall. 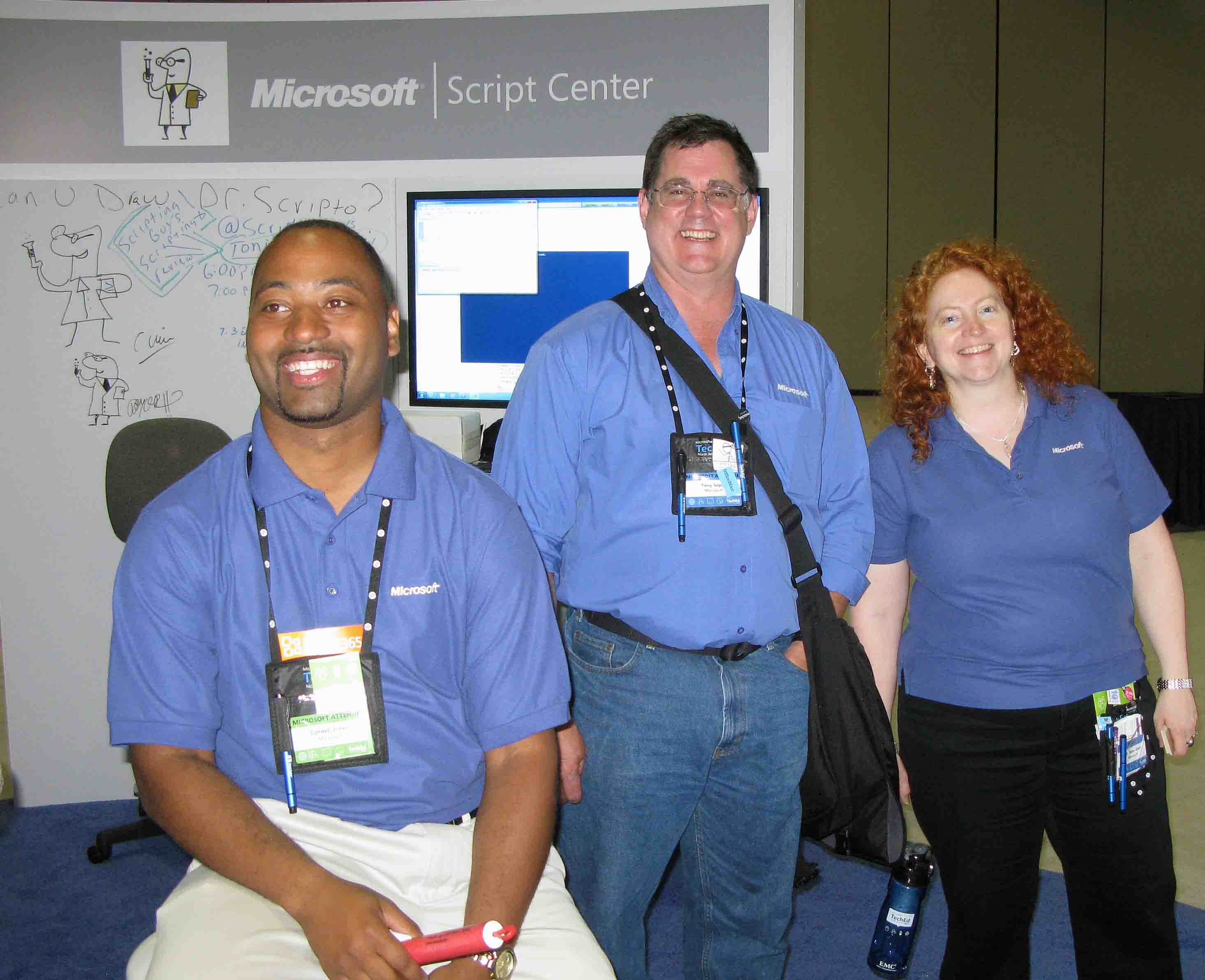 All in all, it was a great time, and there were lots of questions about Windows PowerShell, which gave rise to many impromptu demo’s on our workstation. I got at least a couple of great questions I will use for upcoming Hey, Scripting Guy! Blogs.