Microsoft Scripting Guy, Ed Wilson, is here. It is the weekend here in Charlotte, North Carolina in the United States. I am sipping a cup of oolong green tea with a bit of jasmine and cinnamon stick, and eating some fresh strawberries that the Scripting Wife found. I am listening to Traffic on my laptop, I have my Windows PowerShell console open, and I am playing around with modules.

Modules that have nested modules

The first thing to do when playing with module information is to import all of the modules. The easy way to do this is to use Get-Module (gmo is an alias) to get the modules, and then pipe the module info to the Import-Module cmdlet (ipmo is an alias). This command is shown here.

After I have imported all of the modules, I can use the Get-Module cmdlet to find modules that have nested modules. To do this, I look for values in the NestedModules property. This command is shown here. 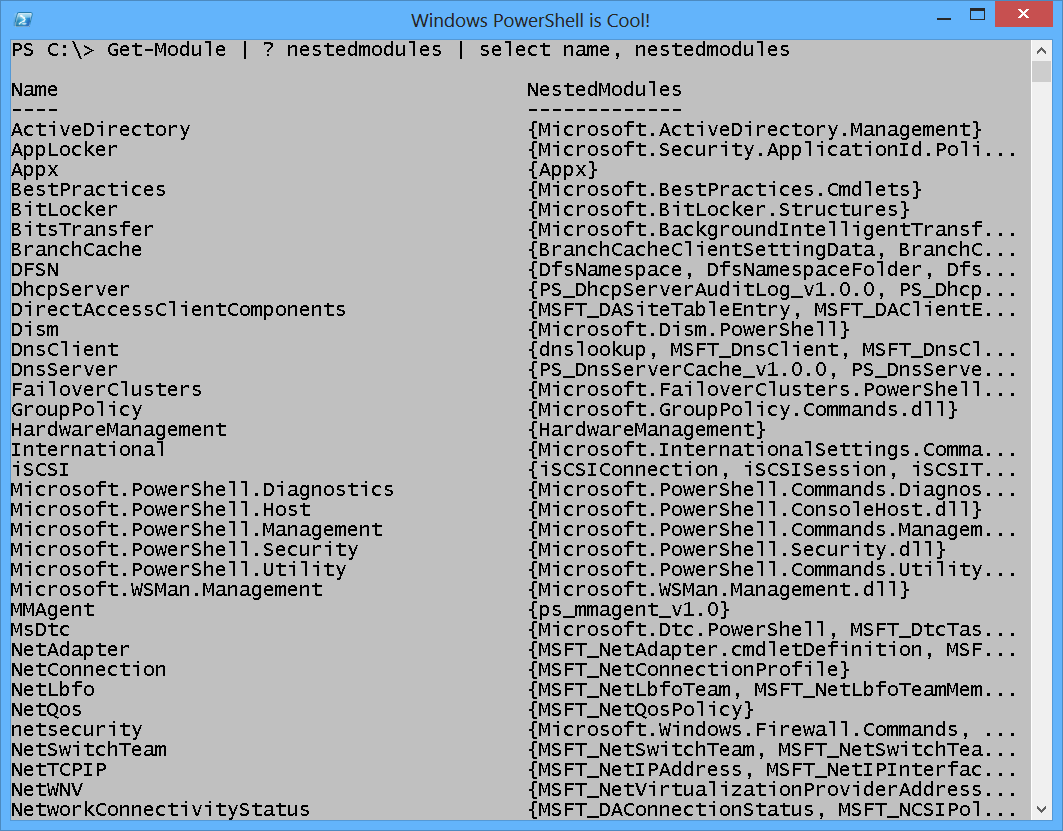 To find out how many modules have nested modules, I pipe the results to the Measure-Object cmdlet as shown here.

To see how many modules I have loaded, I use the Get-Module cmdlet and pipe the results to the Measure-Object cmdlet. This is shown here.

With the BestPractices module, it is rather easy to see how many commands it exports. But with a module such as the ActiveDirectory module, it may not be quite so easy. I could pipe the results to the Measure-Object cmdlet—but because the ExportedCommands property contains a dictionary object, it means I have access to the Count property. Therefore, I can simply add Count to the end of the command and arrive at the number of commands that are exported by the module. This technique is shown here.

Cool. I can now simply delete the BestPractices module name, and I will obtain a list of all modules and the number of commands they export. Here is the revised code:

This works great. But one problem is that the output is not in order. To do this, I simply add Sort-Object at the end of the command. (One nice thing about creating a custom object as output is that I can use Windows PowerShell to further manipulate the output.) The following command is a single-line command that I have broken for readability on the blog. 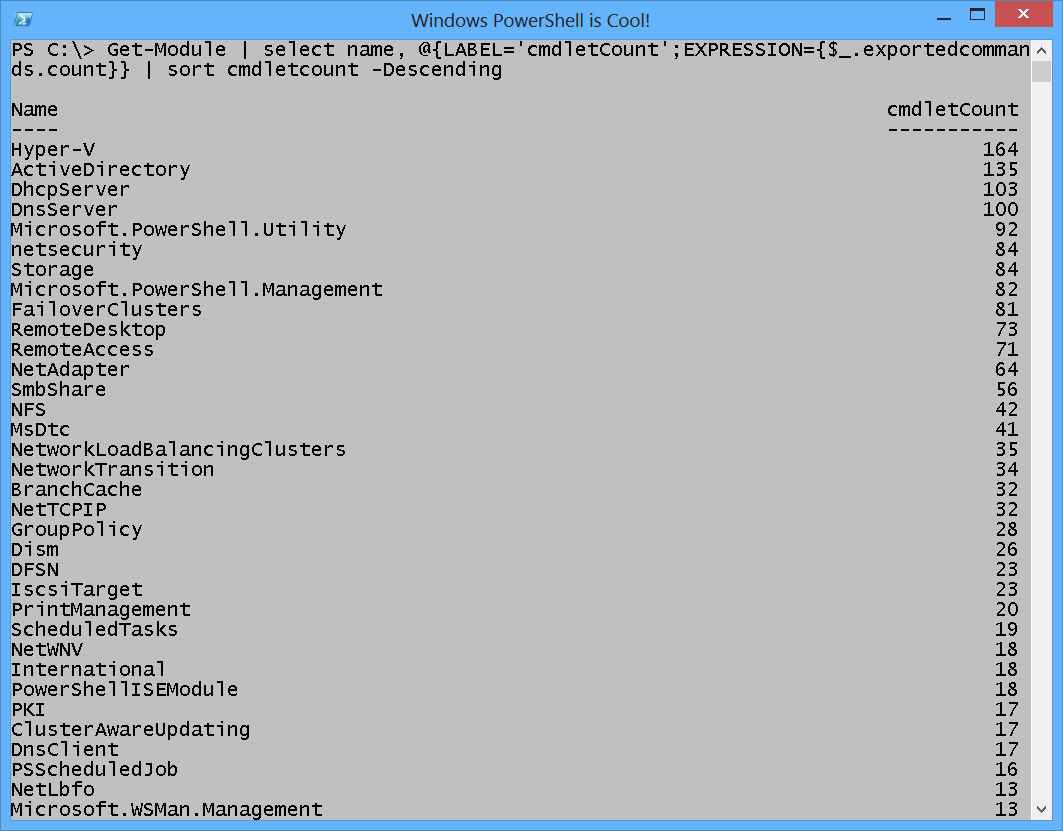 I can even pipe the results to the Out-GridView cmdlet and have a graphical tool to filter my results. This is shown in the following code.

The Out-GridView tool is shown here. 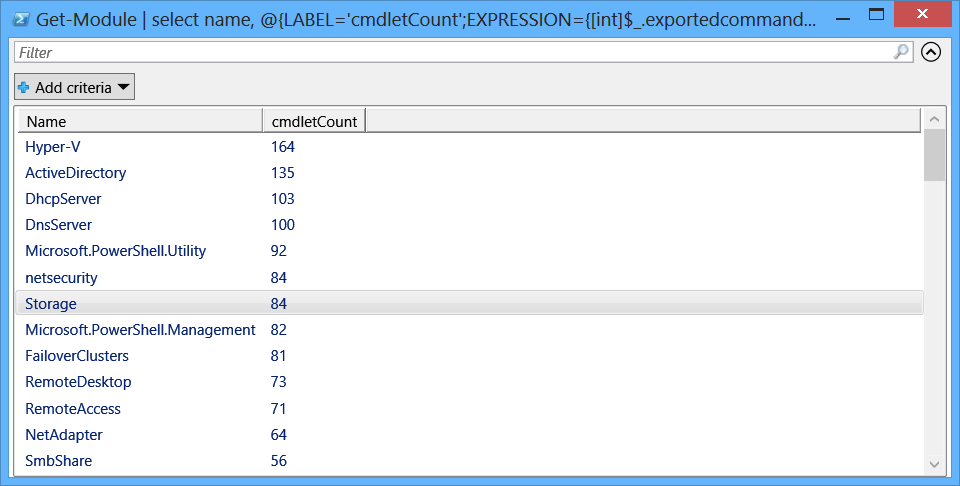