Use PowerShell to Fix Those Annoying NDR Emails

Summary: Microsoft PFE, Norman Drews, shows how to use the Active Directory cmdlets and the Exchange cmdlets to clean up distribution groups.

Microsoft Scripting Guy, Ed Wilson, is here. Welcome our guest blogger, Norman Drews. Norman is a Microsoft PFE, and I had the privilege to meet with him when I was speaking at Geek Ready last year in San Diego. While I was out there, I also took the opportunity to encourage him to write a few guest blogs for us. Here is the first one. Now, let’s see what he has to say about himself… 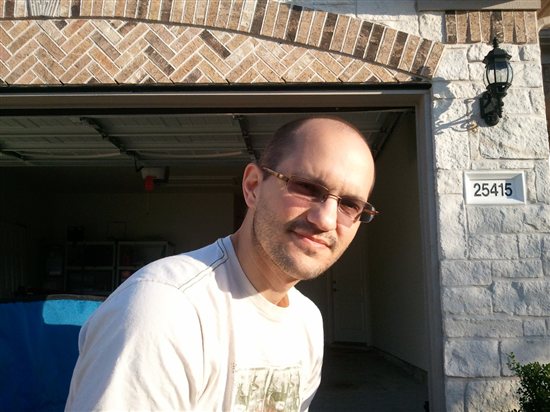 At Microsoft, I am a developer premier field engineer. I am part of a Microsoft group that supports our premier customers with issues in their environment both onsite and remotely. I handle application profiling, user-mode debugging, application compatibility, and currently the IT environment by way of Windows PowerShell. I live in the Houston area, and I have a beautiful wife and two kids. I speak a few languages (English, German, and Spanish) and enjoy being on the computer, watching television, and spending time with the family. The usual stuff. I started a blog after customers said that I should post my scripts online. It is a little empty right now, but I plan to add useful scripts over time.
Blog: $AutomateThisAndThat = $true with Windows PowerShell

Recently, I have been doing many Windows PowerShell workshops to help spread the “word.” I am often surprised that there are so many things that could get automated quickly and easily with Windows PowerShell, but people don’t do it. Perhaps it is just not being aware of how easy it can be.

I was teaching a Windows PowerShell class a couple months back, and we had just finished a day of fundamentals. The problem with fundamentals is that they are not applied. Some of the students started saying how they have over 50000 exchange mailboxes and 10000 distribution groups that they had to clean up. They were getting tons of non-delivery report (NDR) emails because it was not uncommon to have several mailboxes disconnected or removed on a daily basis. Their current process was to open each user account and manually remove it from active distribution groups. Sure, they could have been using dynamic distribution groups, but that was not the case here. So, I said, “Let us automate the process!”

After a few moments, we came up with a couple approaches:

I created my MyTestGroup, and I added a few users including John Doe who has a ProhibitSendReceiveQuota = 0.

Here is the mailbox information for John Doe:

Active Directory and Exchange cmdlets to use

Following are the Active Directory cmdlets and the Exchange cmdlets that we will use in the scripts.

For more information about using the Active Directory cmdlets, refer to these Hey, Scripting Guy! blogs.

For more information about using the Exchange commands, see the following blogs in Hey, Scripting Guy!

Here is the basic idea:

You probably would not want to run the following script every hour on-the-hour, but you could set it up as a scheduled task to run daily or weekly. For more information about running Windows PowerShell scripts via a scheduled task, see these Hey, Scripting Guy! blogs.

# Loop through all Groups at a specific location

# Retrieve all group members including those in nested groups

# Make sure we haven’t already processed this user

# Get group memberships for the current user

# Loop through those groups and remove from mail-enabled ones

# Assume mail enabled since there is a populated mail attribute

# Remove the user from the group defined in $ADGroupDN

# Keep track of user so we don’t check him again

# Keep track of user so we don’t check him again

The following image shows the current group members. I run the previous script saved to EnumerateGroupsAndRemove.ps1, and show the members once more. We should see that John Doe is removed. (We can ignore the unrelated warning message. It is for a different user.)

Note   Remove-ADGroupMember will probably prompt you for confirmation, so if you really want to remove the user and suppress the query, add -Confirm:$false to the end of the statement.

Reactive approach: Wait for the NDR and act

The idea here is similar, except we are responding to an NDR and then cleaning up that user’s memberships. We do the following:

# Get current group memberships for the current user

# Loop through those groups, specifically those that are mail-enabled

# Assume mail enabled since there is a mail attribute

# Remove the user from the group defined in $ADGroupDN

Now I am going to show the current group members. I run the previous script saved to CleanupUserDistributionGroups.ps1, and show the members once more. We should see that John Doe gets removed.

With little modification, this script can be written to accept multiple users. It currently processes a single user.

As you can see, it is not really all that difficult. We wrote the scripts during a classroom break—about 20 minutes of FAST typing and TAB completion, and it saved the customer tons of tedious future work. I did not have an Exchange Server environment set up, but the students were Exchange administrators, and they set up a test environment to confirm that it worked for them.

In the previous scripts, I used the DistinguishedName Active Directory attribute, but we can basically use anything that uniquely identifies the Active Directory object. In addition, I assumed that the Exchange snap-in and Active Directory module (download RSAT) is loaded. If not, you need to load them via Add-PSSnapin and Import-Module respectively.

Have fun, comment your code, and test it before production deployment!

Thank you, Norman. This is an excellent real-world type of scenario.