Use New PowerShell 5 Cmdlet to Create Objects from Strings

Hey, Scripting Guy! It seems that even though Windows PowerShell 5.0 in Windows 10 has a lot of cool new stuff, I still end up using command-line utilities. I don’t know if it is just me, or if there are still some things that are missing. I can get useful information from these command-line utilities, but I miss the experience of having an object that I can easily sort and filter. I guess what I am really wishing is that I had either more Windows PowerShell cmdlets or a way to convert text output into an object. I know you can’t really help me…just sayin'.

Microsoft Scripting Guy, Ed Wilson, is here. In a few days we are heading to Orlando to meet up with Windows PowerShell MVP, Sean Kearney and his lovely bride. It will be cool (even if the weather in Orlando is still hot and sticky). Sean is always a lot of fun, and when we get together, we usually come up with some pretty cool things to do.

BR, you are in luck, because you are not the first person to wish for a better way of dealing with text output. This is why Microsoft Research created the way cool ConvertFrom-String cmdlet. In fact, it converts string data (text output) into an object. And it does it pretty much automatically. If this sounds too good to be true, it is truly an amazing cmdlet.

A long time ago, I wrote a script to convert IPCONFIG output into a series of objects. It was a pretty cool script, but it was nearly a dozen lines long. I don’t exactly remember how long it took me to write it, but it was at least several hours.

When I look at the output from IPCONFIG, I see a series of output that shows stuff on the left, numbers and things on the right, and a colon in the middle. Here is the output: 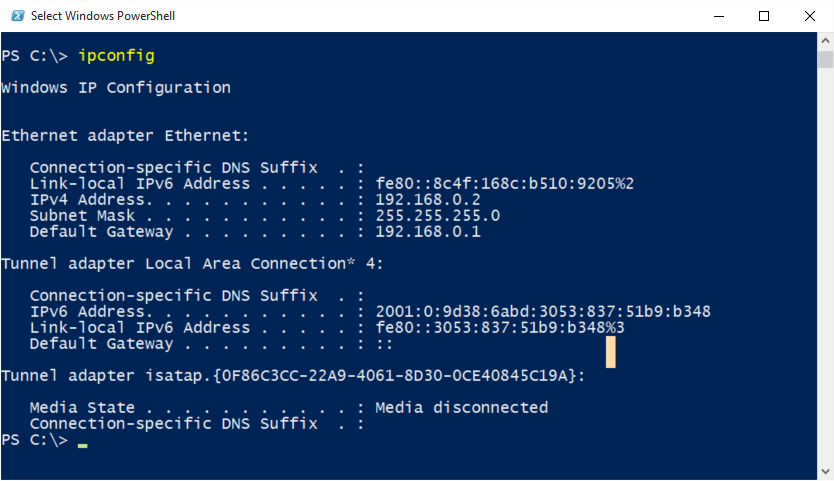 As shown here, when I look at the Help for ConvertFrom-String, I see that it wants a string for a delimiter:

This means that I can supply a colon for the delimiter, and it should create objects:

The output is excellent: When I send the output to the Get-Member cmdlet, I can see that I have an object with a couple of custom properties:

So I have an object. Cool. That means that I can filter out empty properties easily. This is shown here: 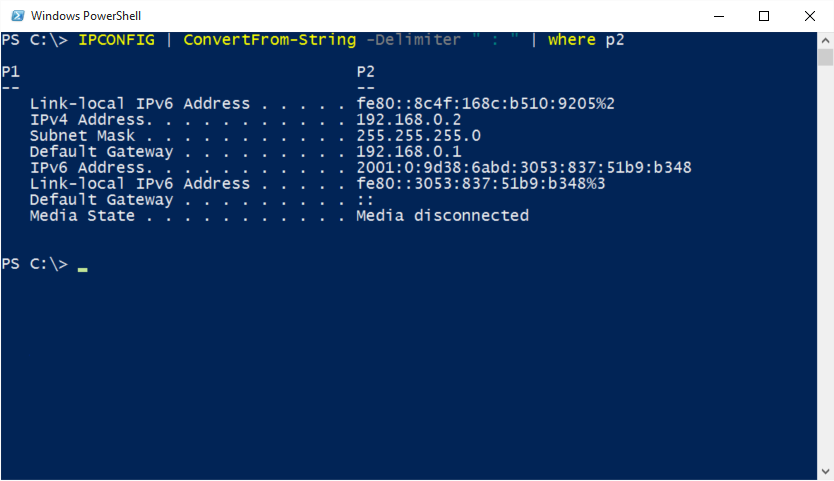 BR, that is all there is to using the ConvertFrom-String cmdlet.  Join me tomorrow when I will talk about more way cool Windows PowerShell stuff.