‘Twas the Night of Before Scripting: Part 1

Microsoft Scripting Guy, Ed Wilson, here. Returning once again to delight us all with a little holiday merriment is Honorary Scripting Guy, Sean Kearney. Other than his habit of occasionally singing off-key Windows PowerShell music, he has taken on the challenge of writing an annual holiday Hey, Scripting Guy! Blog special.

This year, the Scripting Guys proudly present to you in 3-D PowerShell-O-Rama Vision, the latest holiday edition. But before you rush to read today’s post, see Sean’s latest video: Just Script It!

‘Twas the night before scripting,

A place of deep sorrow,

A project was dropped onto him,

As he looked to the skies.

To gain this holiday contract,

How were they so bold?

The tasks of the project

Were four tasks that must done

And our good friend,

Had never learned to script,

Oh yes, this was true.

Our good fellow, he cried.

Tears rolled to the floor

As he stared to the distance,

At the darkness of the door.

He was to complete these tasks,

Finish them to a tee.

This meant all day at work,

No sleep at all,

No smile from his wife,

No hugs at all.

These tasks, you wonder,

Just bad, they were?

I will tell you now

To ruffle your fur.

When you could not script,

And now you will know.

Today he would start

With the first task at hand,

Within his new land.

With five hundred or so

How the tears, they welled

Into the keyboard below,

When out of the room,

He heard a small voice,

It was oddball, by choice,

Said a voice far below,

A wreath of deep green,

As white as a December

With no effort, you see,

To use PowerShell to solve

Your problems with glee.”

So Dr. Scripto looked at

The first task on the plate,

“We’ll have this done

Before it is late.”

The Good Doctor then looked

At the data below,

With columns to show:

“Typing would be slow, a pain,

And monotonous to do.

I’ll show you a line

In PowerShell to do.”

First, he laid out

Some lines on the screen,

“This will give us our users,

And do it all clean.”

With just a few lines,

All of the information

Scrolled right by his eyes,

Much to the amazement

And delight of his eyes.

And the UPN for AD,

So the credentials will meet:”

“Now to finish it all,

A cmdlet we’ll use,

Not a magical ruse:”

Now we start it in PowerShell,

And have us some fun:”

In a short span of minutes,

And saw users appear so quick: 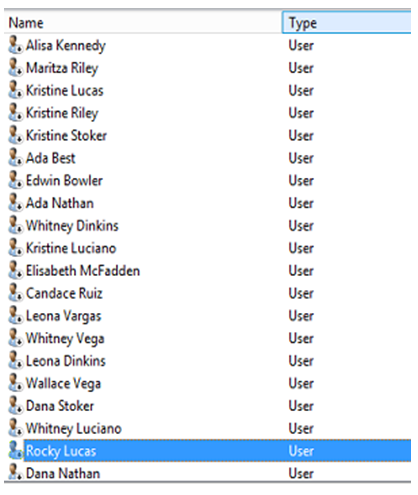 And a smile came free,

Perhaps there was hope?

For that, he would see…

Come back tomorrow and we’ll see just how much Dr. Scripto can help our good non-scripting friend. Perhaps he will see the holidays? You’ll know before the end.