Each week, we bring to you great developer content and deep dives from the team and community in the form of Xamarin videos. In addition to our regularly scheduled shows you will find the Xamarin Community Standups and event recordings including the Xamarin Developer Summit. This last year we crushed every single milestone we set for ourselves including new videos and video views. In addition to breaking the 50,000 subscriber count! We want to give a huge “Thank You” to all of you that watched, commented, and subscribed.

Earlier this year we re-launched the Xamarin Developers YouTube channel as a compliment to our shows that we publish on Channel 9.

Additionally, 2019 also launched several brand new series for Xamarin developers. Including the 11 part Xamarin 101 series and Partly Cloudy with Matt Soucoup. Partly Cloudy is the show where you will learn how to build a Xamarin.Forms app from scratch. Then walk all the way through deploying it to the App Stores. Along the way, you will see some Azure goodness sprinkled in to make a fully enabled, real-world, mobile app. 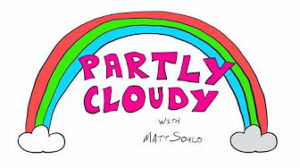 We also wanted to share the top watched videos from 2019! If you haven’t tuned into these videos yet or are re-watching them for the 10th time, you are in for a treat:

Jon Dick, aka Redth, Xamarin Components Development Lead, explains exactly what AndroiX/JetPacks/Components are and how Xamarin developers can start migrating their apps today!

Thank you all for an amazing 2019! We look forward to bringing even more awesome developer content in 2020. Be sure to subscribe to the Xamarin Developers YouTube channel so you never miss an episode. Don’t have access to YouTube at your home or office? Don’t worry, search all of the great Xamarin content on Channel 9!