As promised in our last blog post we’re releasing Microsoft.Net.Http as a stable NuGet package today. Yep, that’s right: You can finally start using the portable HttpClient 2.1 in production!

As we’ve discussed in previous blog posts, HttpClient is a modern networking API which makes it easy to access any resource exposed through HTTP. The HttpClient API has been available in some versions of .NET for a while now. This NuGet package makes a standard set of HttpClient APIs available across a wider array of platforms, including Windows Phone 7.5 and higher, .NET Framework 4.0 and higher, and Windows Store. This enables you to share more .NET code across these platforms.

This package also addresses one of the top User Voice requests for .NET: providing an HttpClient implementation for Portable Class Libraries (and therefore also on Windows Phone 8).

We closed this request when we posted the preview of the new HttpClient back in February. Now, with the release of a stable version, we’re excited that you now have a high-quality implementation to use and build on in your .NET projects.

We haven’t changed much since last week’s release candidate (RC), but this is by-design. For our NuGet packages, feature work is first released in beta builds only. Once we think we matured a feature enough (based on internal testing as well as customer feedback), we release an RC. If there aren’t any major bugs, we turn (generally the same) bits into an RTM, which NuGet calls a stable release. This process helps ensure that we ship high-quality components.

We did make some very minor changes to our package metadata:

What’s next for HttpClient?

As I explained in my last blog post, the current release doesn’t include support for automatic decompression. One of our readers commented that each time a web request is issued without gzip support, it hurts baby seals. 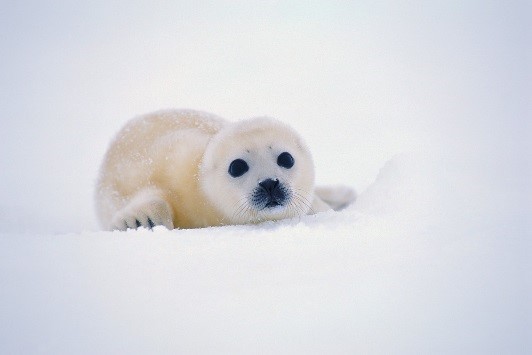 We know automatic compression is an important feature for you, and we care deeply about the health of baby seals, so we are working on a portable compression library that provides this feature. Our plan is to ship a beta release of HttpClient 2.2 that includes this library very soon. As a reminder, here is our tentative release schedule:

Until we release a stable version of automatic decompression that you can use in production, there are some alternatives you may want to consider. (Please note this isn’t intended to be a complete list. If you’ve developed a similar feature, let us know by posting a comment below.)

HttpClient 2.1 is now available as a stable release on NuGet. The license allows its use in production and unblocks third parties from building stable NuGet components on top of it.

You can expect a beta release of HttpClient 2.2 with support for automatic decompression very soon. Meanwhile, help protect baby seals by using one of community libraries we linked to above. If there are other community libraries available, please let us know in the comments section!

Portable Compression and HttpClient Working Together
Today we’re happy to announce that we released two NuGet packages: Before we go into the details, let’s first take a look at why compression is ...

Immo Landwerth
June 6, 2013
0 comment
Portable Compression and HttpClient Working Together
Today we’re happy to announce that we released two NuGet packages: Before we go into the details, let’s first take a look at why compression is ...