This new OS support is only to augment these experiences and does not replace them. You should continue to use G-SYNC / FreeSync / Adaptive-Sync normally. This toggle doesn’t override any of the settings you’ve already configured in the G-SYNC, FreeSync, or Adaptive-Sync control panels.

This new toggle enables VRR support for DX11 full-screen games that did not support VRR natively, so these games can now benefit from your VRR hardware.

You won’t see the slider unless your system has all of the following. If any of these are missing, you will not see the toggle and the feature will not be enabled for you. 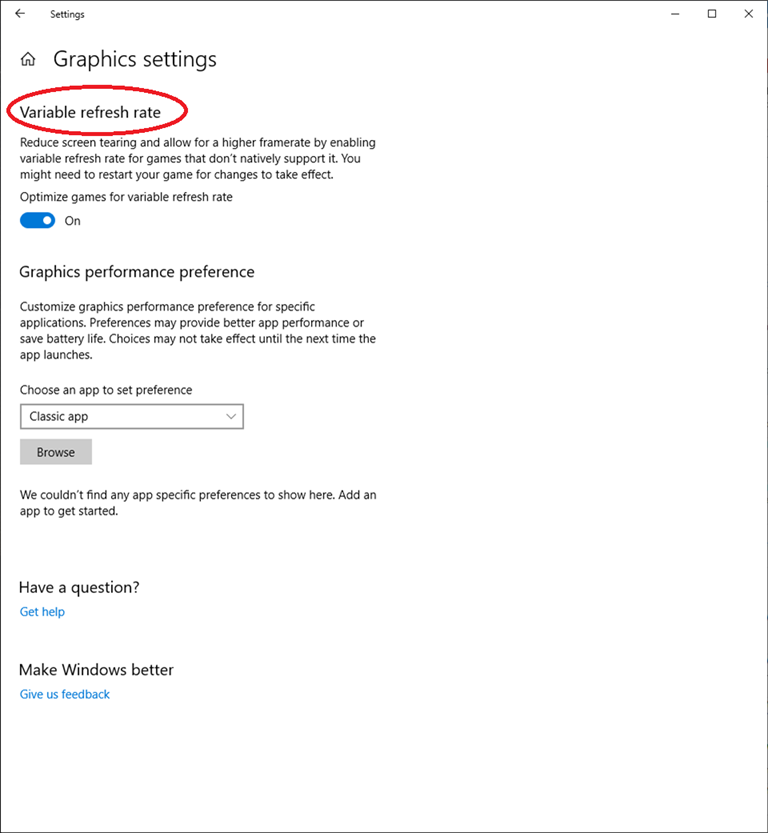 This feature is disabled by default, but you can turn it on and try the feature out. If you run into any unexpected issues while gaming, turn the feature off and see if that resolves the issue for you.

Debugger Extension for DRED
Microsoft recently announced the release of DRED (Device Removed Extended Data) for D3D12 in the Windows 10 May 2019 Update (previously referred to as the Windows 10 19H1...