The Visual Studio “14” CTP includes new and improved language and IDE features for Visual Basic such as multiline strings and a full-fledged refactoring experience: 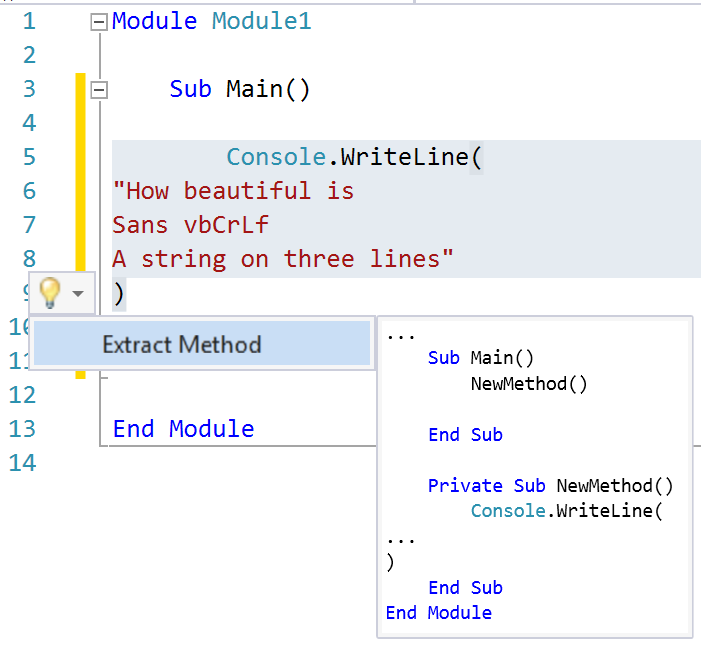 These are just some of the small but powerful enhancements we’re building for VB developers and we’re far from done. But that’s no reason for you to wait. Since we’ve literally rebuilt the very foundations of VB it couldn’t be more critical for us to get your feedback early and often on what you like, don’t like, love, and what you want to see more of.

Stay tuned for more posts from the Managed Languages team highlighting new and improved language features and experiences. In the meantime…

And one more thing: Visual Studio side-by-side support is not available on this early build. DO NOT install this CTP (or feed it after midnight) on a machine with any other version of Visual Studio installed.