The 2203.30 version of PIX on Windows contains two new features in the Timing Capture Metrics View.  We added both of these features based on your feedback.  The first new feature is the ability to graph a PIX CPU events execution time and stalled time, in addition to its duration.  The second feature is an enhancement to the consolidated events feature.

The execution time and stalled time can be graphed in addition to the duration. Graph the stalled or execution time by expanding the row containing the name of the event in the Active Metrics Panel as shown in the following figure. 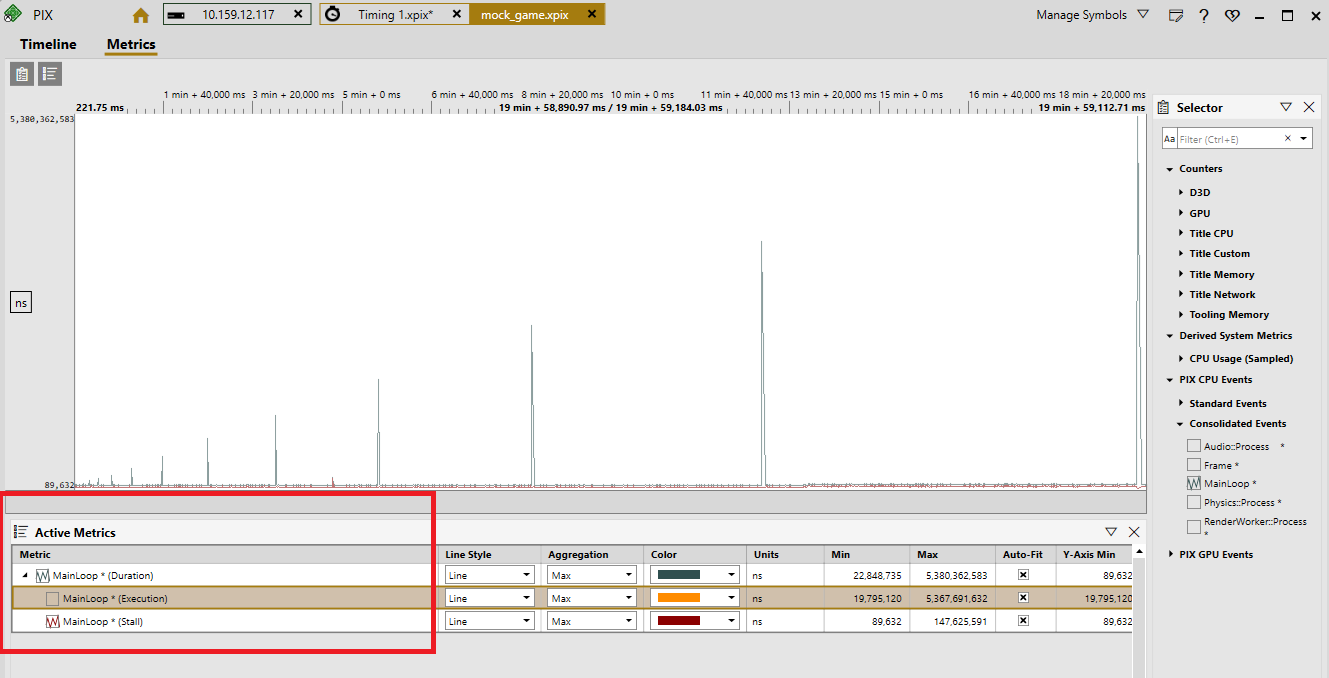 Since releasing the consolidated events feature we’ve received feedback that its common to use the same “Frame *” string for an event name on multiple threads.  For example, you may use an event named “Frame 456” to identify a frame on your main thread, but then also use “Frame 456” on your worker threads to identify which tasks go with that frame.  In this case, consolidating all events that follow the “Frame *” pattern across all threads into a single event for purposes of graphing in the metrics view isn’t useful.  Instead, you probably want the consolidation to be scoped to the events on each thread.  PIX now does this.  In the following example, I’ve used the same “RenderWorker::Process *” event on two threads, Render1 and Render2.  These now show up as different consolidated events:

If you prefer the old behavior in which PIX doesn’t scope the consolidation by thread, use the following setting to cause PIX to consolidate across all threads:

As always, use the feedback button in the upper right corner of PIX to send us an email with feature requests or bug reports.

PIX 2205.24: Unlocking Arm and Qualcomm development
Today we released PIX-2205.24, which can be downloaded here. This release contains Arm64 support for PIX and a Qualcomm plugin, bringing first-class support to graphics ...