Today we released PIX 1904.23, available for download here.  This release contains a preview of the new Timing Capture implementation and improvements to DXIL shader debugging and pixtool as well as various other improvements and bug fixes. 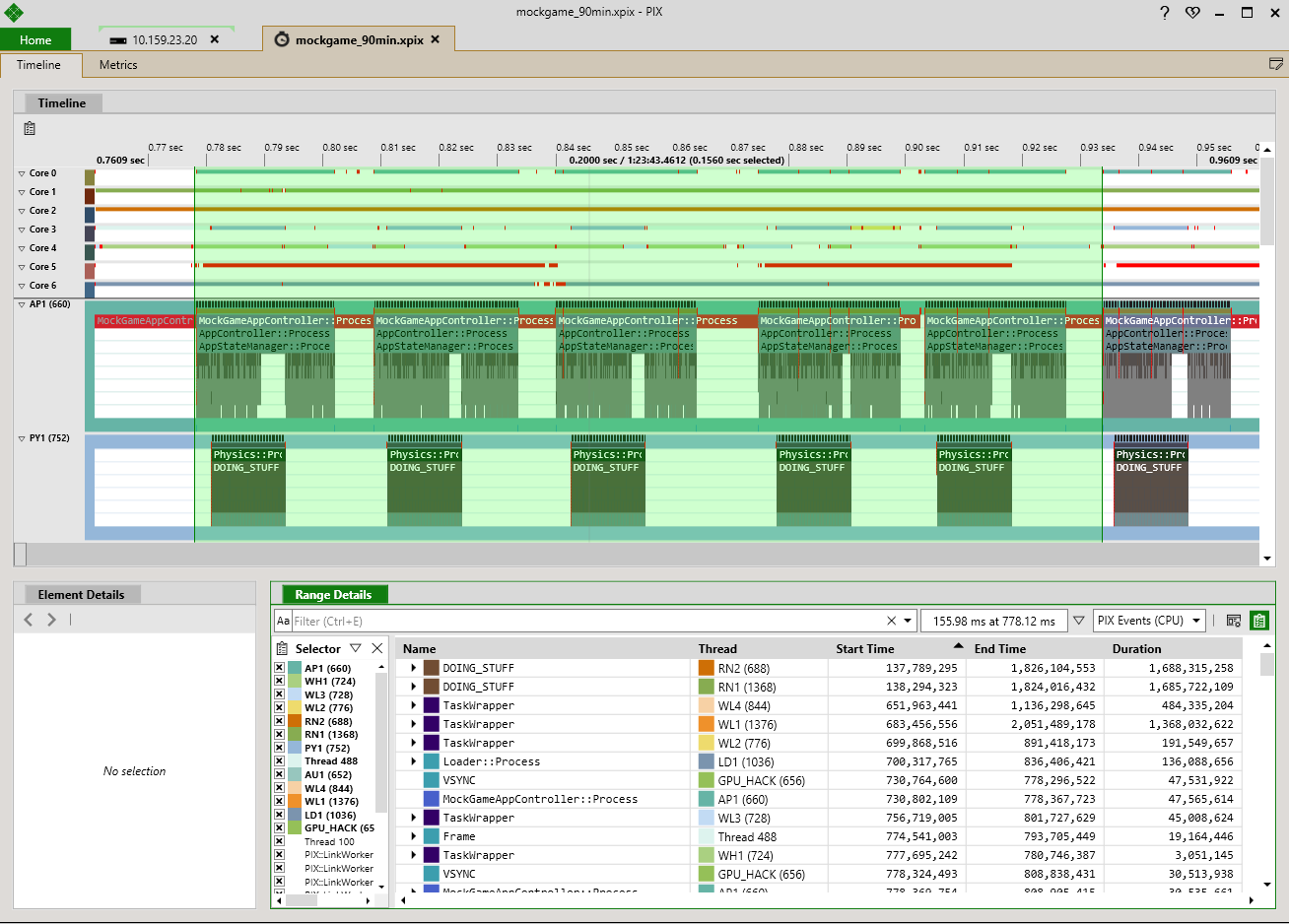 This release of PIX includes support for ARM64 desktop machines. Follow the steps below to get it configured:

PIX CPU Tools Reboot!
A few weeks ago we released a version of PIX that includes a Preview release of a new implementation of Timing Captures.  This release represents a significant reboot of...