Create and consume RESTful APIs in a simple and standard way 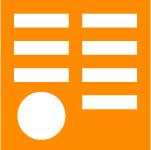 We’re happy to announce the release of WCF Data Services 5.0.2.
What’s in this release
This release contains a number of bug fixes:

TL;DR: If you’re bin-deploying WCF Data Services you need to make sure that the .svc file contains the right version string (or no version string).
The idea for this post originated from an email I received yesterday. The author of the email,

TL;DR: OData does not currently support enum types, and WCF Data Services throws an unclear exception when using the EF provider with a model that has an enum property. Mark the property with a [NotMapped] attribute to get around this limitation.

Download the sample code
In the previous blog post, we walked through the steps to build an OData-enabled client using the new Windows UI. In this blog post, we’ll take a look at some of the code that makes it happen.

Download the sample code
In this OData 101 we will build a Windows Store app that consumes and displays movies from the Netflix OData feed. Specifically, we will focus on getting data, displaying it in the default grid layout, and enabling search functionality.

We’re happy to announce that we’re ready for another public RC that includes a whole bunch of bug fixes.
What is in the prerelease
This prerelease contains a number of bug fixes: