.NET Core RC2 and ASP.NET Core RC2 released just a couple of weeks back. They feature the introduction of the .NET CLI, major changes to the .NET Core SDK (formerly called DNX), the rebranding of ASP.NET 5 to ASP.NET Core, and more. You can read about these on the .NET team blog and the .NET Web Development team blog.

We are now pleased to announce MSTest framework support for these releases! The framework and its allied packages are available on NuGet now. This is a preview release, and we are looking for your feedback to make this a robust rollout for RTM.

In this post, we show you how to write and run your first set of MSTest based tests for this release. Here are the steps: 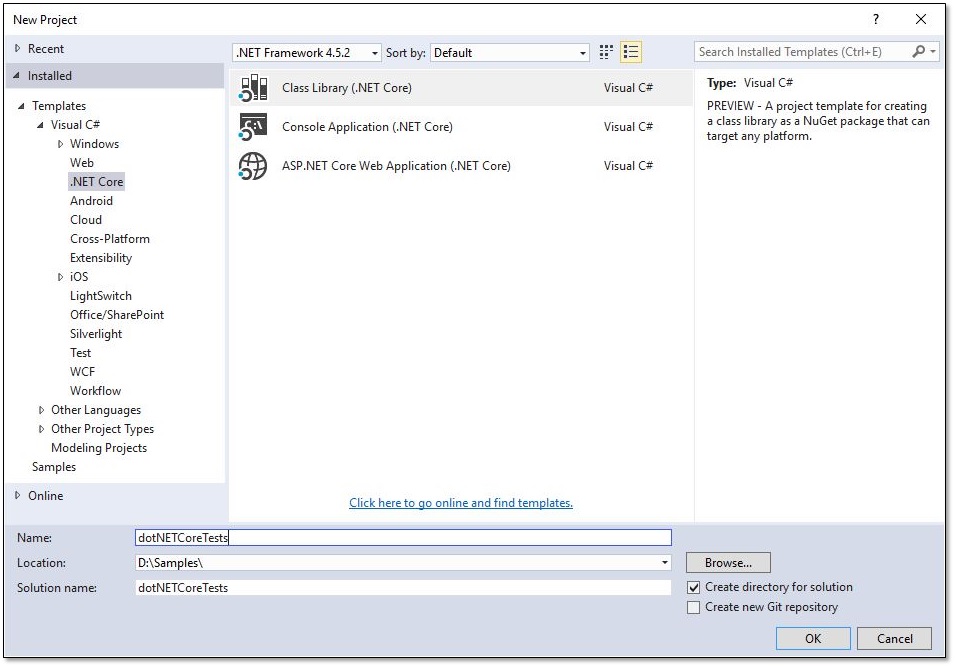 From nuget.org, install the MSTest.TestFramework package (shown below).

Now, install the runner – look for the dotnet-test-mstest package, and install it:

[Editor’s note: Thank you @IanGriffiths and @BenHysell for reporting an issue with the package we published earlier. We have since uploaded a fixed version, as shown in the updated image above.]

Notice that the class library project we created is getting marked as an application (netcoreapp1.0). That is because when using .NET CLI for testing, unit test projects are actually an application, not a class library. That application’s Main method is provided by the runner.

Visual Studio would have automatically created a file named Class1.cs. Open that file and replace its content with the following:

Running the tests from Visual Studio

Open the Test Explorer window (Test | Windows | Test Explorer in Visual Studio). Build the solution, and you should see the tests as follows: Running tests from the console

Open a command prompt and navigate to the folder containing the solution. Type dotnet test to run the .NET CLI test runner:

The tests are discovered and executed as expected.

In addition to .NET Core, the .NET CLI runner can run tests targeting desktop .NET (minimum version 4.5.1) as well. To target desktop .NET, update the project.json to use this frameworks section instead: