(Editors note: due to the popularity two new “Unleash your DevOps Practices” were added)

Northwest Cadence and Rennie Araucto are offering a bunch of great webinars to bring in your Holidays and New Year.

Rennie is an ALM Consultant with Northwest Cadence. In addition to his Team Foundation Server, Visual Studio, and training skills, he has an extensive background in server technologies, ALM and project management.  He holds certifications in various technical areas, and brings a wealth of management and soft-skills experience to his engagements.  His varied technology background includes application development, network architecture and system engineering.   Over the last 15 years he has taught over 4000 students and over 300 classes. 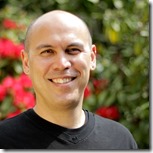 To get an idea of how much fun and informative these webinars can be take a look at last month’s where Colin went through: 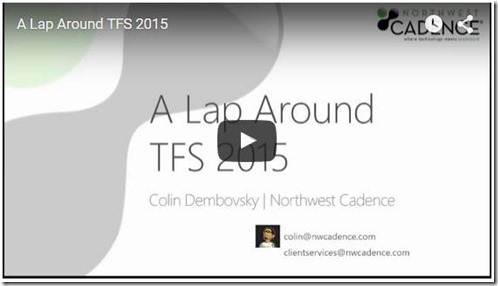 Team Foundation Server (TFS) 2015 is one of the most exciting releases of TFS ever. It’s packed with tons of goodness – too many to demonstrate in just 1 hour. In this video, I’ll take you through a lightning quick demonstration of just some of my favorite new features:

Colin Dembovsky is a senior ALM developer for Northwest Cadence based in Cape Town, South Africa. After completing an MSc in Computer Science at Rhodes University, he worked as a developer (first in Linux using C++ and moving to .NET and C#) and later systems architect. He left development work to start ALM consulting, and has been an ALM MVP since 2011. He is passionate about helping teams improve the quality of their software, and do it more efficiently. Besides consulting and training, Colin is a frequent guest speaker and regularly blogs at http://colinsalmcorner.com and can be found on twitter at @colindembovsky.

When he is not working on a TFS server somewhere, he is playing guitar or mandolin and recording in his home studio, or entertaining his wife and 2 kids.