In 2014, we released the first version of the Visual Studio Tools for Unity (VSTU). Since then, we’ve successfully released multiple versions of the Tools for Unity on Windows, but never had the opportunity to bring our tools to Unity developers running macOS.

Today at the Microsoft Build conference, we announced the general availability of Visual Studio 2017 for Mac. This is a full-featured IDE built for the Mac, to help you create anything from mobile and web apps to games.

We’re excited to include the Tools for Unity in this release, and give the opportunity to Unity developers on macOS to use Visual Studio for Mac. 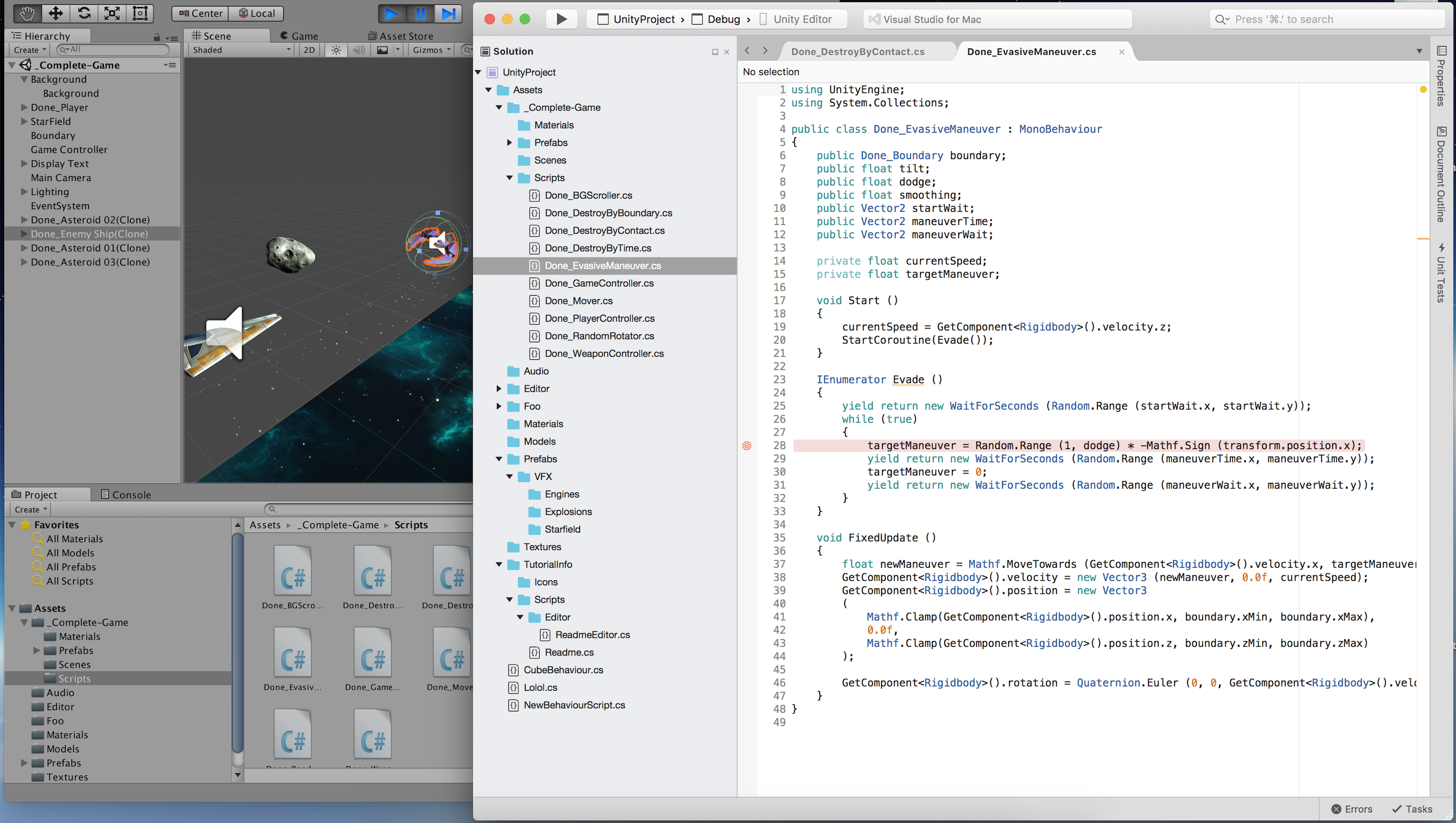 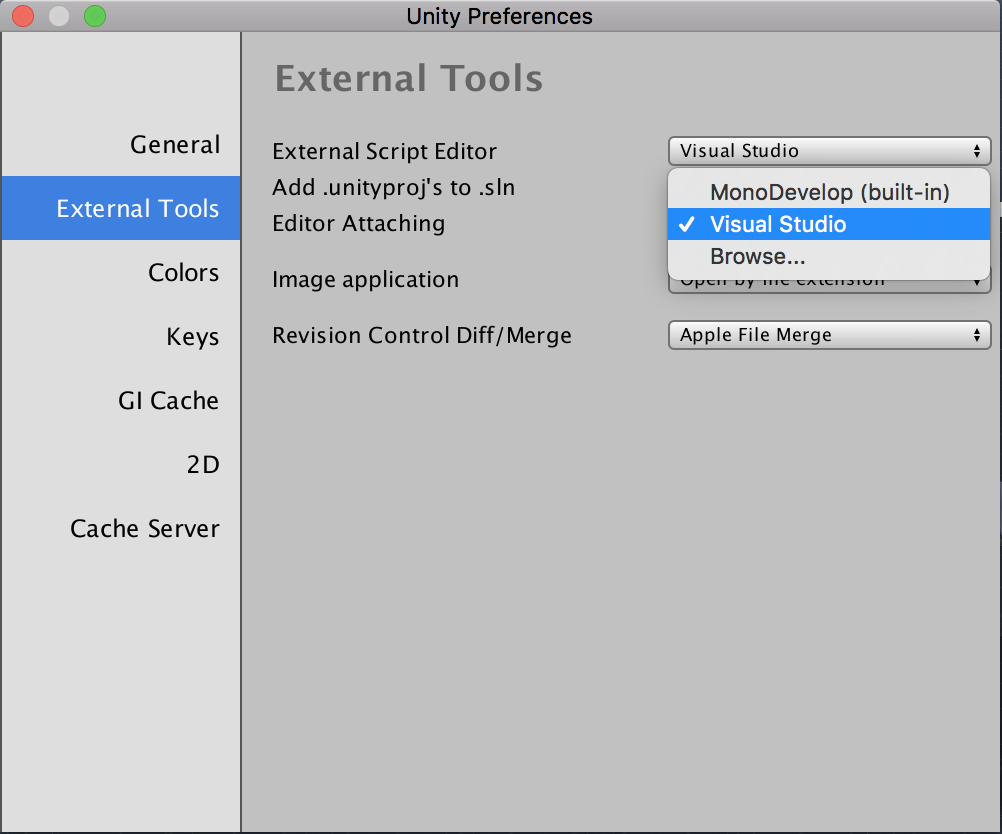 Opening any C# script from Unity will now launch Visual Studio for Mac.

Simply click the start button in Visual Studio for Mac to attach the debugger to the Unity Editor. Even faster, press ⌘ Command + Enter. You can put breakpoints and step through your scripts. You can browse the local variables, analyze the call stack, and evaluate expressions.

Visual Studio for Mac will display the solution the same way it is displayed in Unity, making it much easier to navigate and find your scripts. You can see it in the screenshot above.

Unity messages are methods that are called by the Unity game engine. Previously you needed to learn their signature, now Visual Studio for Mac provides code completion for them when writing scripts for Unity.

If you already have Visual Studio for Mac Preview installed, make sure you update to the latest version from within the app, otherwise head on over to VisualStudio.com to download the latest release and checkout the release notes.

Visual Studio Blog
May 11, 2017
0 comment
All Things Mobile at Microsoft Build
We released the Xamarin SDKs as a part of Visual Studio a year ago, open sourcing them in the process. Since then, we've been busy improving the experience of mobile ...