Things to consider when running visual tests in CI/CD pipelines: Getting Started (Part 1)

Testing – it’s an important part of a developer’s day-to-day, but it’s also crucial to the operations engineer. In a world where DevOps is more than just a buzzword, where it’s become accepted as a mindset shift and culture change, we all need to consider running quality tests. Traditional testing may include UI testing, integration testing, code coverage checks, and so forth, but at some point, we still need eyeballs on a physical page. How many times have we seen a funny looking page because of CSS errors? Or worse yet, an important button like say, “Buy now” “missing” because someone changed the CSS and now the button blends in with the background? Logically, the page still works, and even from a traditional test perspective, the button can be clicked, and the DOM (used in UI Test verification) is perfect. Visually, however, the page is broken; this is where visual testing comes into play. Visual testing allows us to use automated UI testing with the power of AI to help us determine if a page “looks right” aside from just “functions right.”

Earlier this year, I partnered with Angie Jones from Applitools in a joint webinar where we talked about best practices as it pertains to both Visual Testing and also CI/CD. This blog post is a summary of that webinar and how to handle visual testing in CI/CD.

As we learned, running visual tests locally are a bit different than running them in an unattended format using a pipeline or automated workflow. This post recaps some pre-reqs you need when it comes to setting up your build server environment.

First, let’s consider the obvious: lack of access to a GUI.

Running an automated pipeline/workflow means I am typically running my pipeline from the command line, with tasks defined in YAML (or groovy if you hate your life and love your Jenkins investment). What does this mean? Well, for starters, you don’t have a GUI setup for your browser to launch. If you’re using ChromeDriver as a connection means to run pixel-to-pixel or Applitools testing in your code, you’re going to need to setup a headless environment for Chrome to run in. The below will walk you through how to configure your build server to support headless Chrome on Ubuntu 16.04 and 18.04. Lucky for us, headless chrome has been shipping with Chrome as of version 59 (current version as of the date of this blog post is version 86).

Setting up your build server

If you don’t install Chromium, or have access to Chrome on your system, you will get an error similar to the follwing if you try and run the test configuration below:

If you have not already setup your build server with Java 13 and Maven, and plan to run the test configuration code below, you will want to install both using the following commands (tested on Ubuntu 16.04 and 18.04):

Now, if you would like to test your new configuration and headless Chrome browser, you can run the same Visual Tests Angie and I created during our webinar.

Note: The below test configuration requires:

Setting up your code (Java Example)

We came up with the following class that allows you to export an environment variable (I.E.

Examples of all code snippets below can be found in full context on GitHub here.

First, all 3 environments require the following:

Let’s break down what each environment is doing: 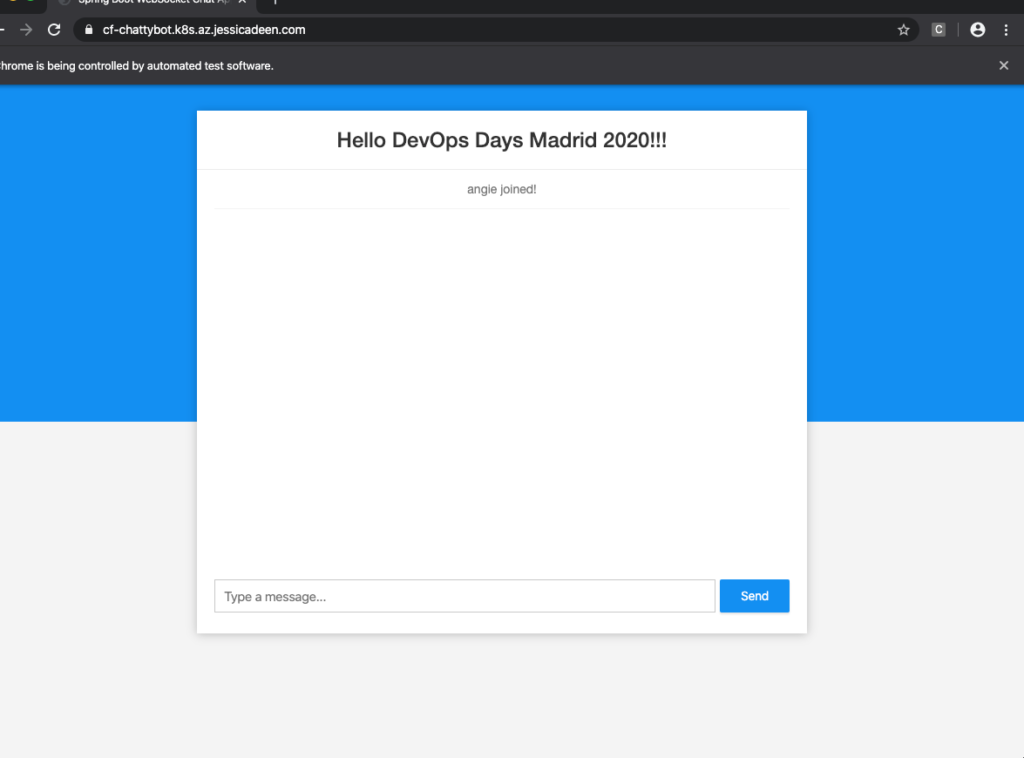 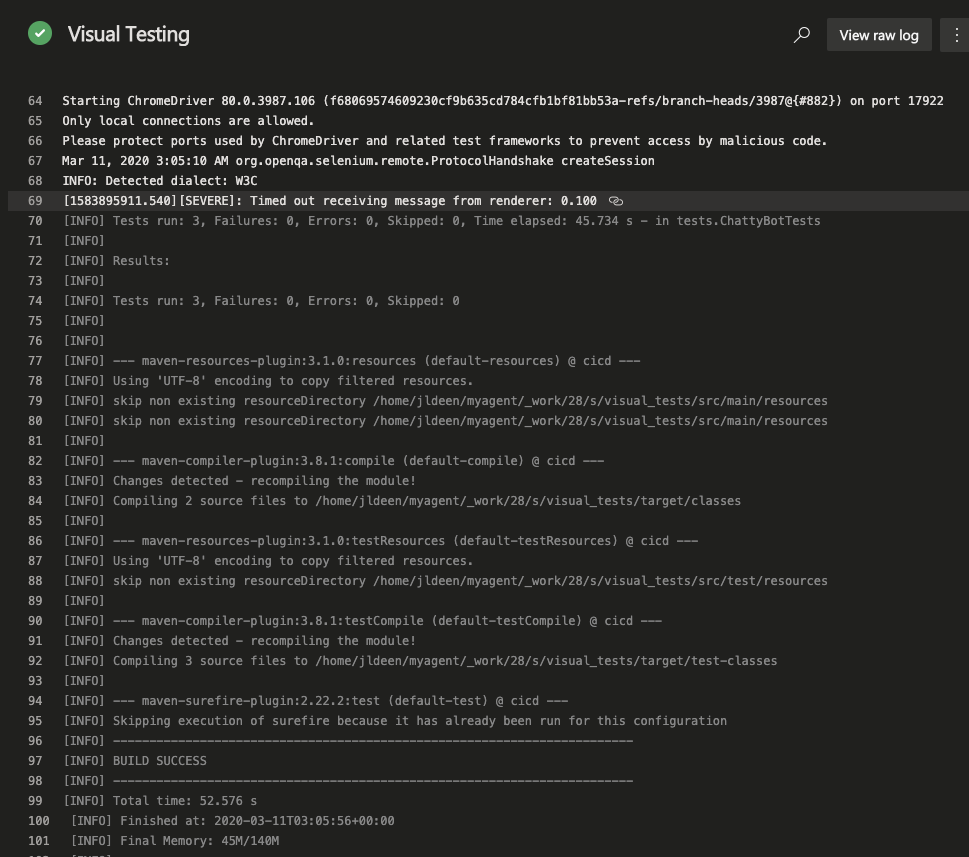 We need to tell our code to capture system environment variables we will set as part of our CI/CD pipelines; this tells Applitools what the name of our tests are and assign a batch ID.

Our batchId and batchName can be whatever we configure them to be, but I tend to assign my batchId to my git commit-sha (shortend) or the build run id and my batch name to the name of the pipeline or repo/project. (You’ll learn more about that in the adventure posts below.)

Great, you now have your Linux server ready to run visual tests as part of CI/CD and you have your code ready to accept multiple environment scenarios! You are now ready to wire up your tests with your new or existing pipelines / workflows.

Stay tuned for these posts in the next 2 weeks!

Azure Web App Service and GitHub Actions (Video Tutorial)
The video should help provide you with a great start on using this service with your Azure Web App Service. Utilizing resources like GitHub actions can help you on your journey to becoming a Microsoft DevOps Certified Expert.

Jay Gordon
October 23, 2020
0 comment
Top Stories from the Microsoft DevOps Community – 2020.10.23
Happy Friday! In addition to the great community content this week, I'd like to highlight a new learning path on Microsoft Learn. This learning path can help you ramp up on ARM templates.