As promised in the previous post, what follows is a recap of all of the Testing-related features implemented and delivered in the Visual Studio 2015 cycle until now. Each of the features might be relevant at a different stage in the lifecycle, but together they serve the single purpose of enabling efficiency – and overlaid on the lifecycle graphic, that constellation emerges. 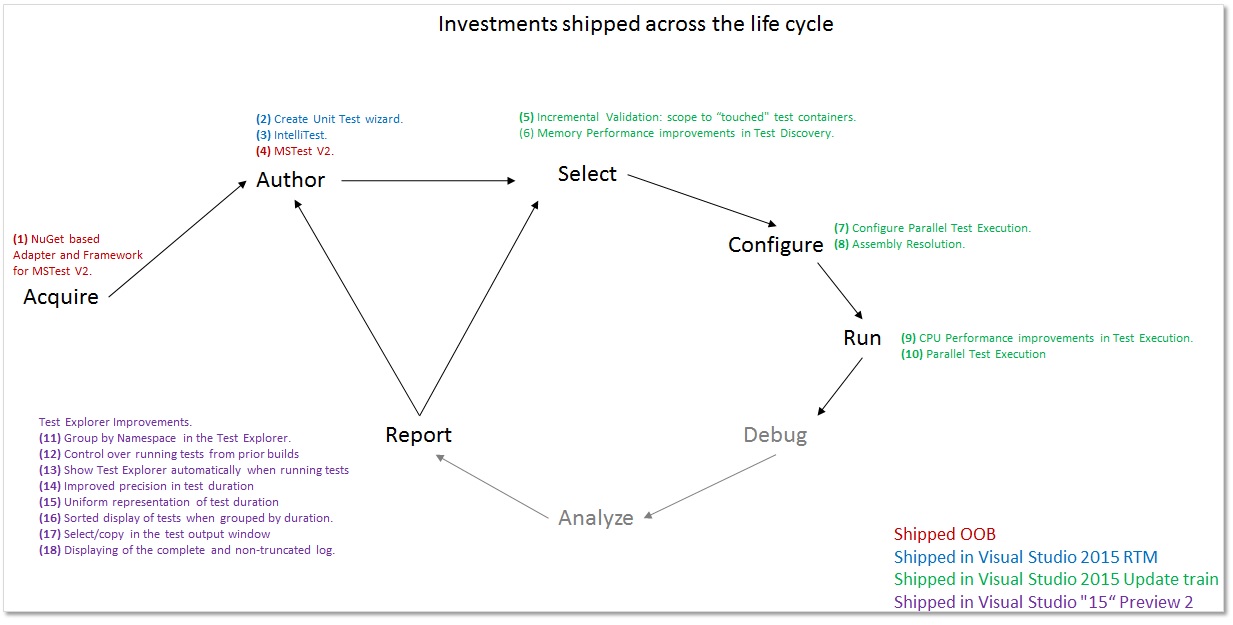 Very briefly, the features may be described as follows: 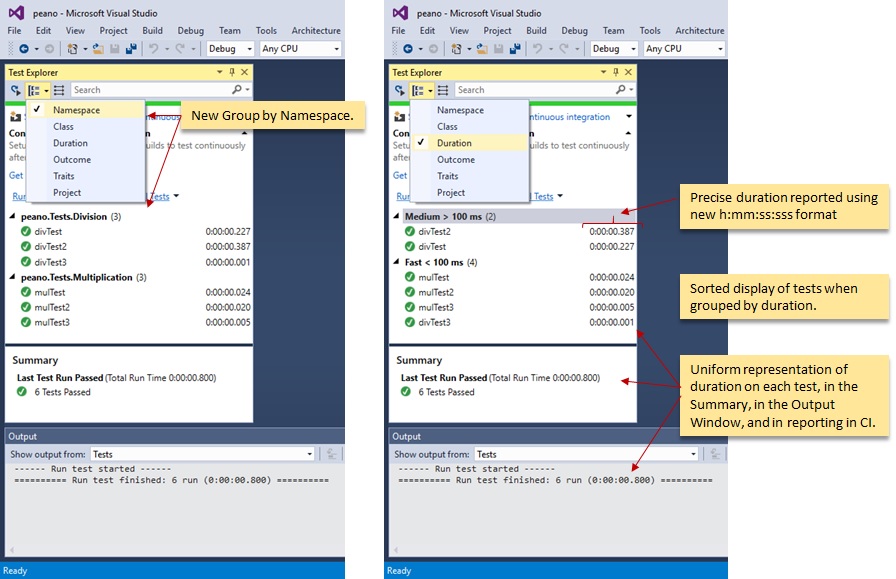 Perusing through an output log file would abruptly end with the message “!!LOG TRUCATED!! To get a complete log select “Copy All” and paste into some text editor like Notepad”. Quickly wanting to look up say, an exception message in code was no easier – since select-and-copy was not supported in the Test Window. That is changed with Visual Studio “15”: 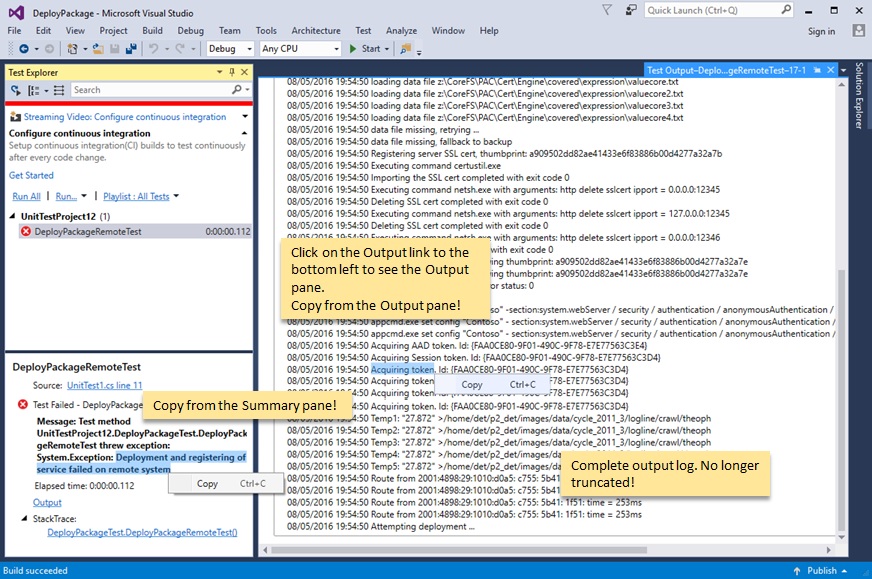 Summary There, 18 features, with a common purpose: efficiency in getting from conceptualizing the tests, all the way to the point where they are generating reports that can inform business decisions.

Each of these features merit a post of its own. But that will be for another day. In the meantime leave us your feedback. We are listening.