We’re still laying some of the foundational groundwork, but we do have some new features, including some improvements in IntelliSense to help you filter the member list by type and a new Exception helper that gives you instant non-modal view in to inner exceptions. The IntelliSense tray is disabled by default but can be easily turned on in Tools > Options. > Text Editor > C#/VB > IntelliSense. Check out Kasey Uhlenhuth’s post detailing the C# and VB improvements. Preview 3 also includes Xamarin 4.1, which includes bug fixes as well as support for tvOS and improved iOS Assets Catalog support. For more information, see the Xamarin release notes.

Additionally, we released Team Foundation Server “15” Preview today. You can find details on this release in the TFS “15” release notes and TFS “15” known issues. 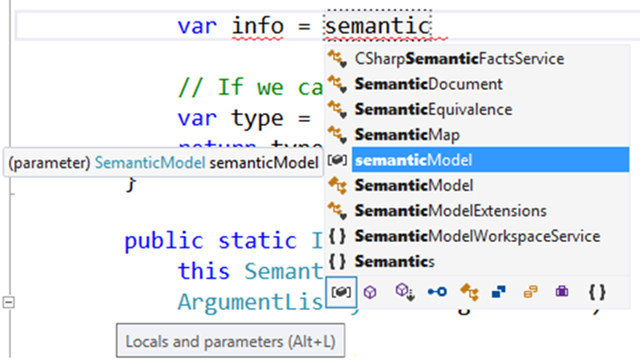 We are also working on upgrading our feedback systems. Try the report a problem feature in the IDE to see what we’ve done, then look at the web portal view.

As always, we welcome your feedback. For problems, let us know via the Report a Problem option in Visual Studio. For suggestions, let us know through UserVoice.