What is a Debug Adapter?

A debug adapter is a program that can communicate with a debugger UI using the Debug Adapter Protocol. An adapter can act as a bridge between the UI and a separate debugger (such as GDB or LLDB), or can be a debugger in and of itself (such as “vsdbg”, which supports CoreCLR debugging on Linux and macOS). The Debug Adapter Protocol is JSON-based, and libraries for working with it are available in many languages, including Node.JS and C#/VB.Net.

How do I get started?

You will need to have Visual Studio 2017 version 15.6 installed.

Samples and documentation for the Visual Studio Debug Adapter Host are available on GitHub: https://github.com/Microsoft/VSDebugAdapterHost. 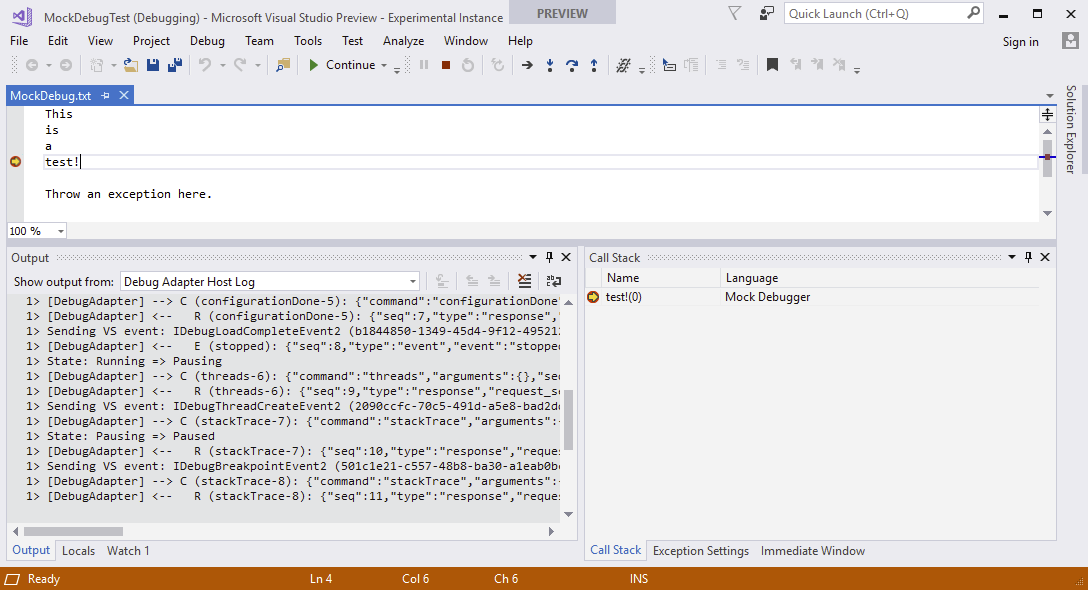 The wiki also contains documentation on new functionality added to the Debug Adapter Protocol to support Visual Studio scenarios, such as the ability to edit values in the “Watch” window, control the formatting of data and stack traces, and more.

If your extension also contains a Language Server, you may also be interested in the preview release of Visual Studio’s Language Server Protocol support.

How do I provide feedback?

You can provide feedback by filing issues on GitHub, or you can email the team directly at vsdahfeed@microsoft.com.