Since 2022 was a year busy with conferences, here’s a recap of the many places you could learn more about foldable and large screen development across the world (and online) last year.

The first big event of 2022 was Google I/O in May. You can check out the foldable highlights or watch this recap:

Another announcement at Google I/O was Flutter 3 which included foldable support. Details are available in our docs and samples.

May also saw the team sharing details on how to do automated testing with foldable apps at Microsoft Build.

There was plenty of other developer-focused content from Azure and the .NET team, including the stable release of .NET MAUI!

Our first in-person conference this year was droidcon San Francisco in June. We presented a session on building foldable apps with Compose, and met plenty of developers at our booth (eerily quiet in this photo): 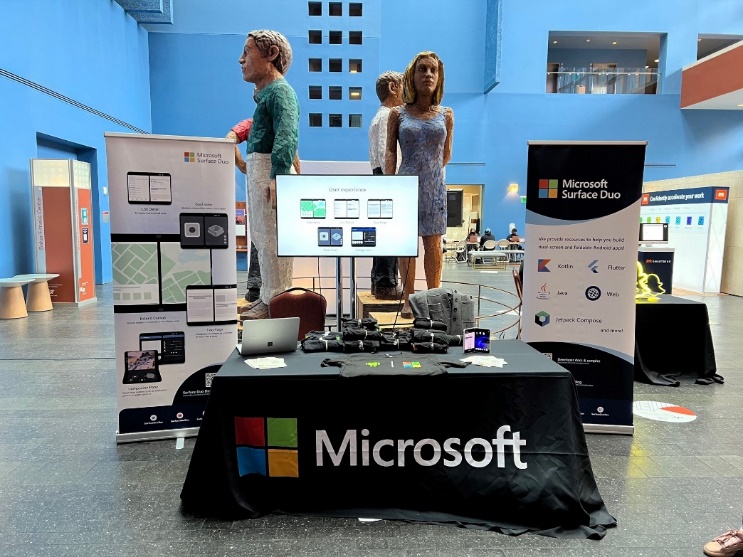 We also joined the Samsung Developers Podcast for a foldable app discussion!

August brought the team to Berlin for another droidcon event! You can watch The Age of Large Screens and Foldables and the Android at Scale panel online. droidcon Berlin 2022 was even bigger and better than last year, and the team had a lot of fun (as you can see in this photo): 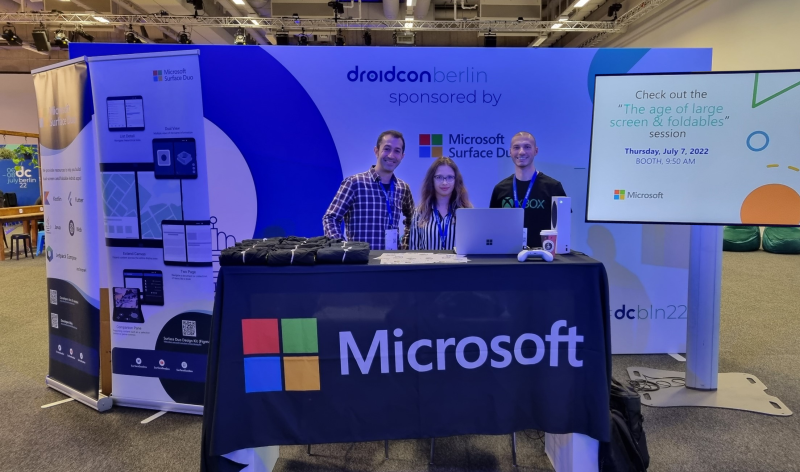 droidcon New York kicked off September – and our team kicked off the conference with a session on large screen and foldable app development.

In October droidcon moved to London, where we presented a session on finding success on large screens and foldables.

Closing out the year, Google hosted a series of events for Android Dev Summit in October and November, each with a different focus:

These events included plenty of new content for designers and developers, with lots of updates to developer.android.com/large-screens.

The great thing about all these events is the content that’s made available online afterwards. Click through the links above for our favorite sessions to watch (in addition to the ones we presented).

Thanks for joining us in the Android developer community in 2022. We’d love to hear your feedback on Android development for foldable and large-screen devices, either on our the feedback forum or via Twitter @surfaceduodev.

Our Twitch livestream is taking a break over the holidays, but you can view the full archive on YouTube. We look forward to seeing you online again soon!

Happy New Year 2023
Hello app builders, We’re excited to kick off the new year with a summary of all the great design and user experience guidance from the foldable and large-...

Lauri Jokela
January 5, 2023
1 comment
Pass the design baton with Relay
Hello Compose developers, Over the holidays, I finally got the chance to test out Relay, the new tool released by Google late last year. The goal of Relay is ...