Today we released PIX on Windows version 2108.18, which can be downloaded here. We have also released a new version of WinPixEventRuntime, available here.

This release has a lot of new features, including:

This release also includes a new Visual C++ Redistributable that may request a reboot during installation. We believe that anyone who has previously installed a 2019 VC++ redist on their computer (such as the one installed by older version of PIX) can safely ignore this reboot request.

As a friendly reminder, our PIX survey is still open for responses! If you haven’t already done so, then please consider filling in the survey to help us shape our future plans and make PIX better for you.

This release adds several new APIs to pix3.h that you can use within your application to take and/or control GPU Captures. The new APIs are documented here, including a setup guide.

These new APIs do not require you to use the PIX UI or pixtool at all. You just need to load WinPixGpuCapturer.dll into your application before creating your D3D12 device. We have added a helper function, PIXLoadLatestWinPixGpuCapturerLibrary(), to help with this.

Here’s a brief overview of the new APIs:

We will be adding more APIs like these in the future. Please contact us if you have any particular requests.

This release adds new graphs to our timeline on RX 5000 and RX 6000 series AMD GPUs, to help you understand your GPU occupancy. The new graphs show your wave distribution across different shader types and occupancy limiting factors such as VGPR usage. These graphs complement similar graphs available on Intel and NVIDIA GPUs. Many thanks to our IHV partners for making this possible!

The new counters are documented here. 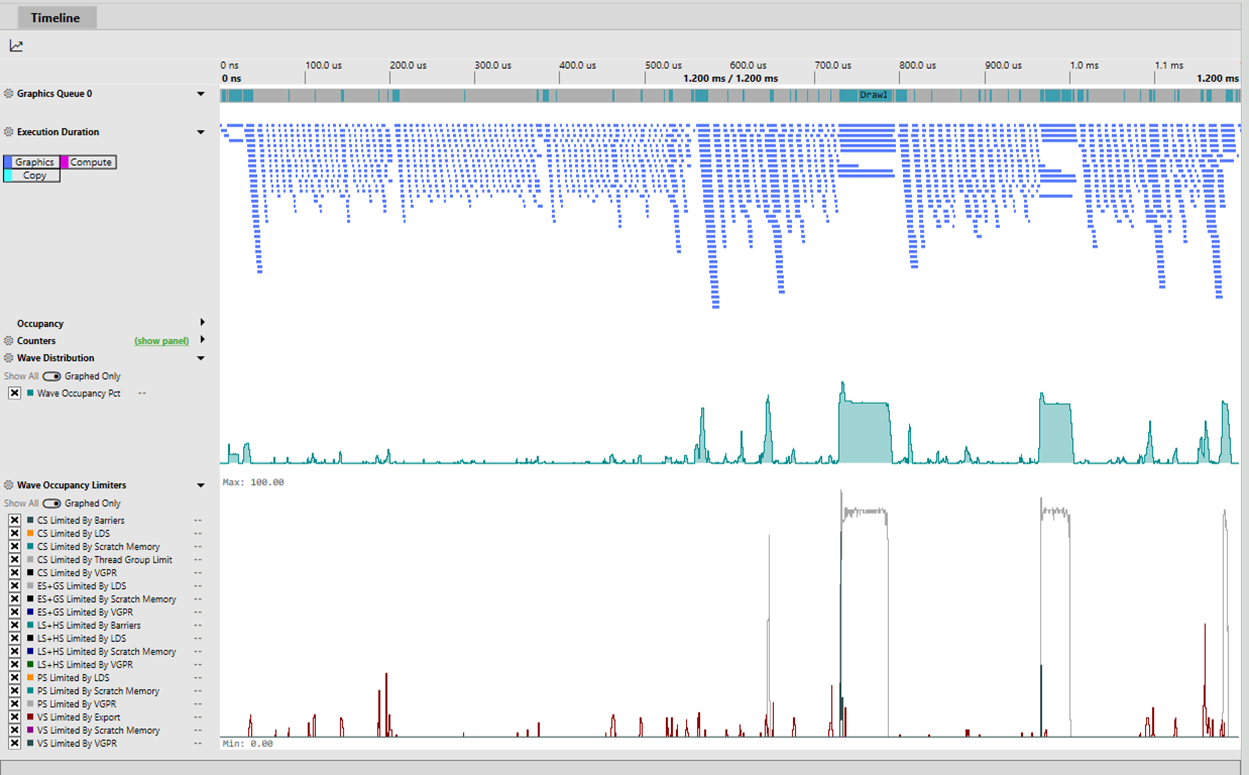 Over the last few months, we’ve been rewriting our Acceleration Structure viewer, taking into account all the feedback you’ve sent to us about it. We have lots more planned for it, but we hope that you enjoy the improvements we’ve made so far.

Load-time performance: Large acceleration structures would take an unacceptably long time to load with the old viewer. For example, we saw a capture that had a TLAS with > 100k instances and would take well over 10 minutes to load!

We’ve focused heavily on improving this experience, and the new viewer can load acceleration structures much faster across the board. As a reference point, it can load the previously mentioned TLAS in less than 1 second. That’s a 600x improvement!

Free-roam camera: TLASes may contain the entirety of the scene being rendered, making it awkward to navigate around with PIX’s arcball-style camera controls. As such, the new viewer has integrated free-roam/FPS-style camera controls, which should make it much easier to fly around and investigate your scenes.

Simply navigate with WASD, and right-click + move the mouse (or use the arrow keys) to rotate the camera. Additionally, holding shift will let you move faster throughout the scene.

Future Plans: We will be adding new features to this new acceleration structure viewer over the coming months. Please continue to contact us with your feature requests and/or suggestions! 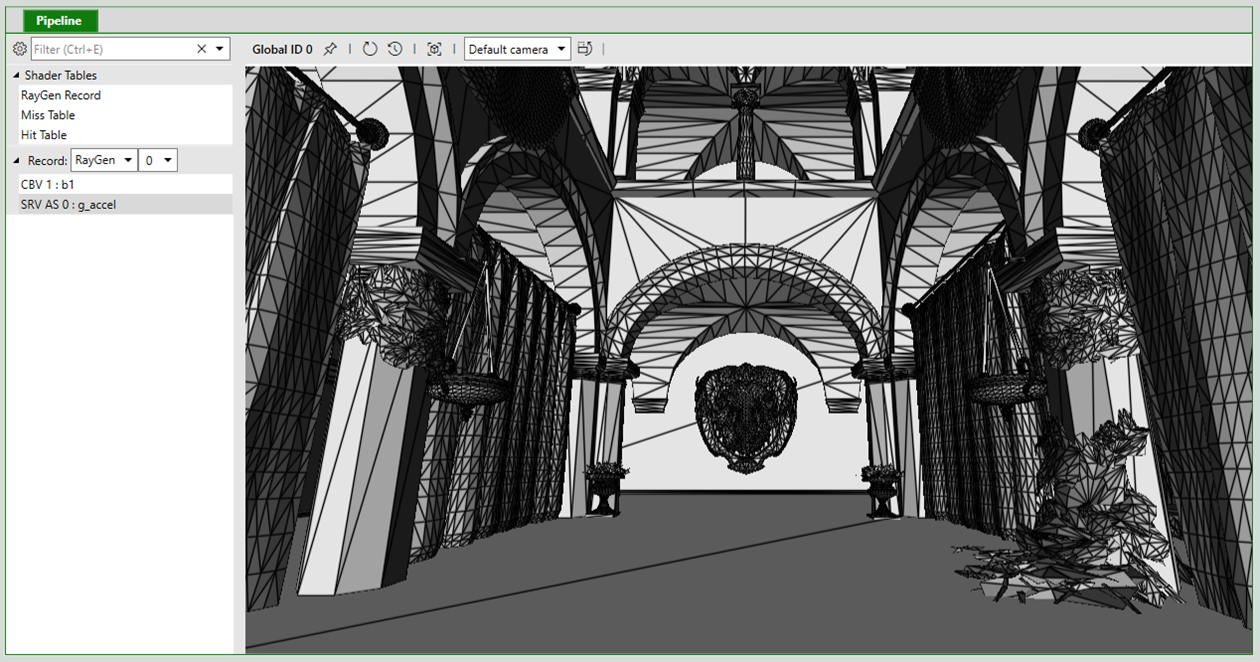 If your title packages individual assets into composite archive files such as .zip or .pak, the file io profiler built into Timing Captures can now show which assets within the composite file were accessed, but it requires extra information from you, the title developer, to do so.  The extra information you supply is in the form of a Mapping File that PIX uses to decode accesses that occur within archive files.  The names of individual assets are displayed in the Range Details, Element Details and Timeline views in the UI.

As always, if you have any feedback on PIX then please don’t hesitate to contact us. The best ways to reach us are via the feedback button (in the top-right corner of PIX), or on the DirectX Discord channel.

Improving PIX, thanks to your feedback!
Thanks to everyone who took the time to answer the PIX on Windows survey we sent out! It’s been awesome for us to see the sheer number of responses that came in from...

Jacques van Rhyn
December 6, 2021
0 comment
Critical path analysis in Timing Captures
The 2201.24 version of PIX on Windows includes a new feature that uses the CPU context switch data collected during a Timing Capture to compute the critical path for a ...