The wait is finally over: we’re taking DirectX Raytracing (DXR) out of experimental mode!

Today, once you update to the next release of Windows 10, DirectX Raytracing will work out-of-box on supported hardware. And speaking of hardware, the first generation of graphics cards with native raytracing support is already available and works with the October 2018 Windows Update.

The first wave of DirectX Raytracing in games is coming soon, with the first three titles that support our API: Battlefield V, Metro Exodus and Shadow of the Tomb Raider. Gamers will be able to have raytracing on their machines in the near future!

We’ve worked for many years to make Windows the best platform for PC Gaming and believe that DirectX Raytracing is a major leap forward for gamers on our platform. We built DirectX Raytracing with ubiquity in mind: it’s an API that was built to work across hardware from all vendors.

Real-time raytracing is often quoted as being the holy grail of graphics and it’s a key part of a decades-long dream to achieve realism in games. Today marks a key milestone in making this dream a reality: gamers now have access to both the OS and hardware to support real-time raytracing in games. With the first few titles powered by DirectX Raytracing just around the corner, we’re about to take the first step into a raytraced future.

This was made possible with hard work here at Microsoft and the great partnerships that we have with the industry. Without the solid collaboration from our partners, today’s announcement would not have been possible.

What does this mean for gaming?

DirectX Raytracing allows games to achieve a level of realism unachievable by traditional rasterization. This is because raytracing excels in areas where traditional rasterization is lacking, such as reflections, shadows and ambient occlusion. We specifically designed our raytracing API to be used alongside rasterization-based game pipelines and for developers to be able to integrate DirectX Raytracing support into their existing engines, without the need to rebuild their game engines from the ground up.

The difference that raytracing makes to a game is immediately apparent and this is something that the industry recognizes: DXR is one of the fastest adopted features that we’ve released in recent years.

Several studios have partnered with our friends at NVIDIA, who created RTX technology to make DirectX Raytracing run as efficiently as possible on their hardware:

EA’s Battlefield V will have support for raytraced reflections. 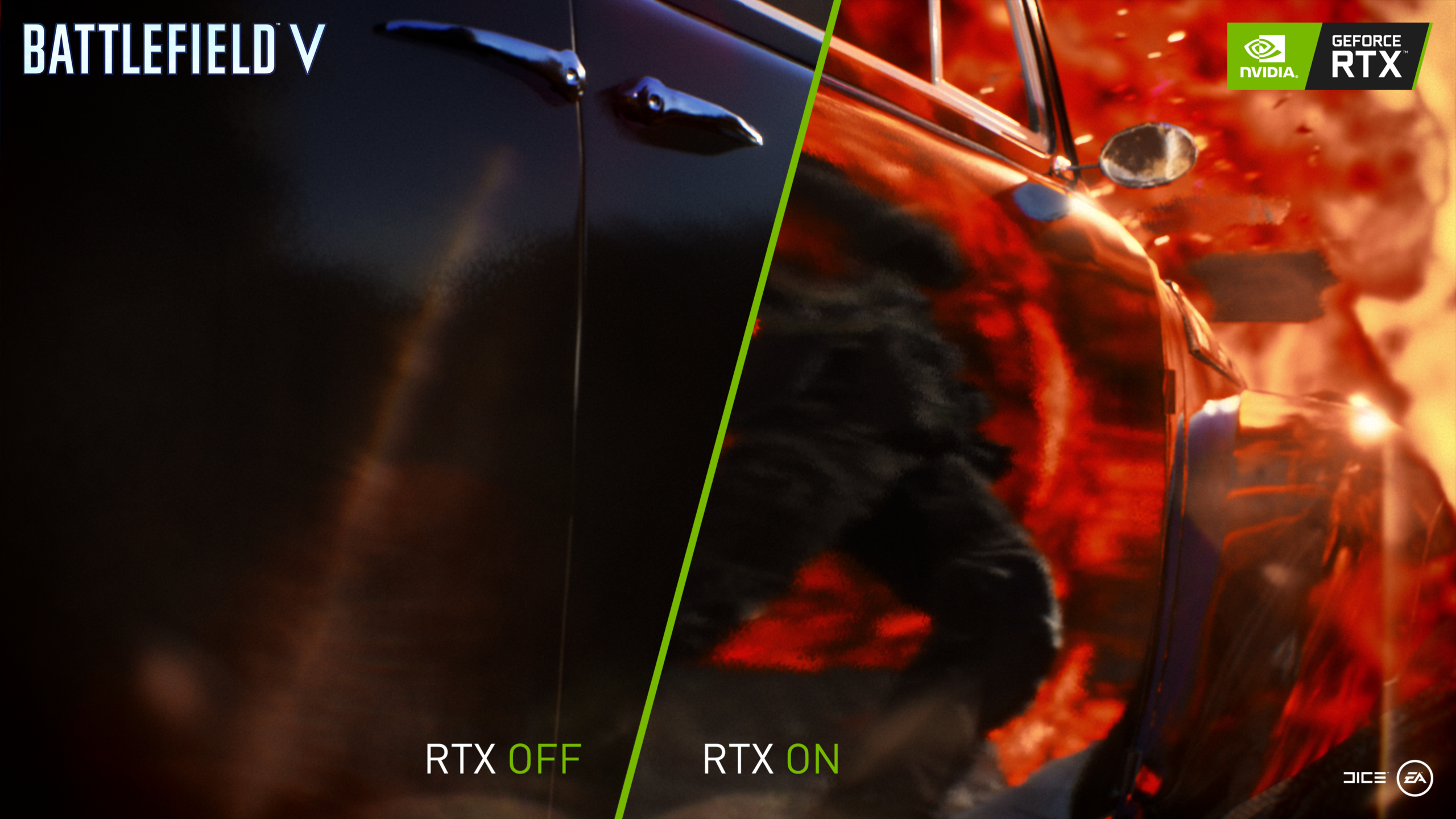 These reflections are impossible in real-time games that use rasterization only: raytraced reflections include assets that are off-screen, adding a whole new level of immersion as seen in the image above.

Shadow of the Tomb Raider will have DirectX Raytracing-powered shadows. 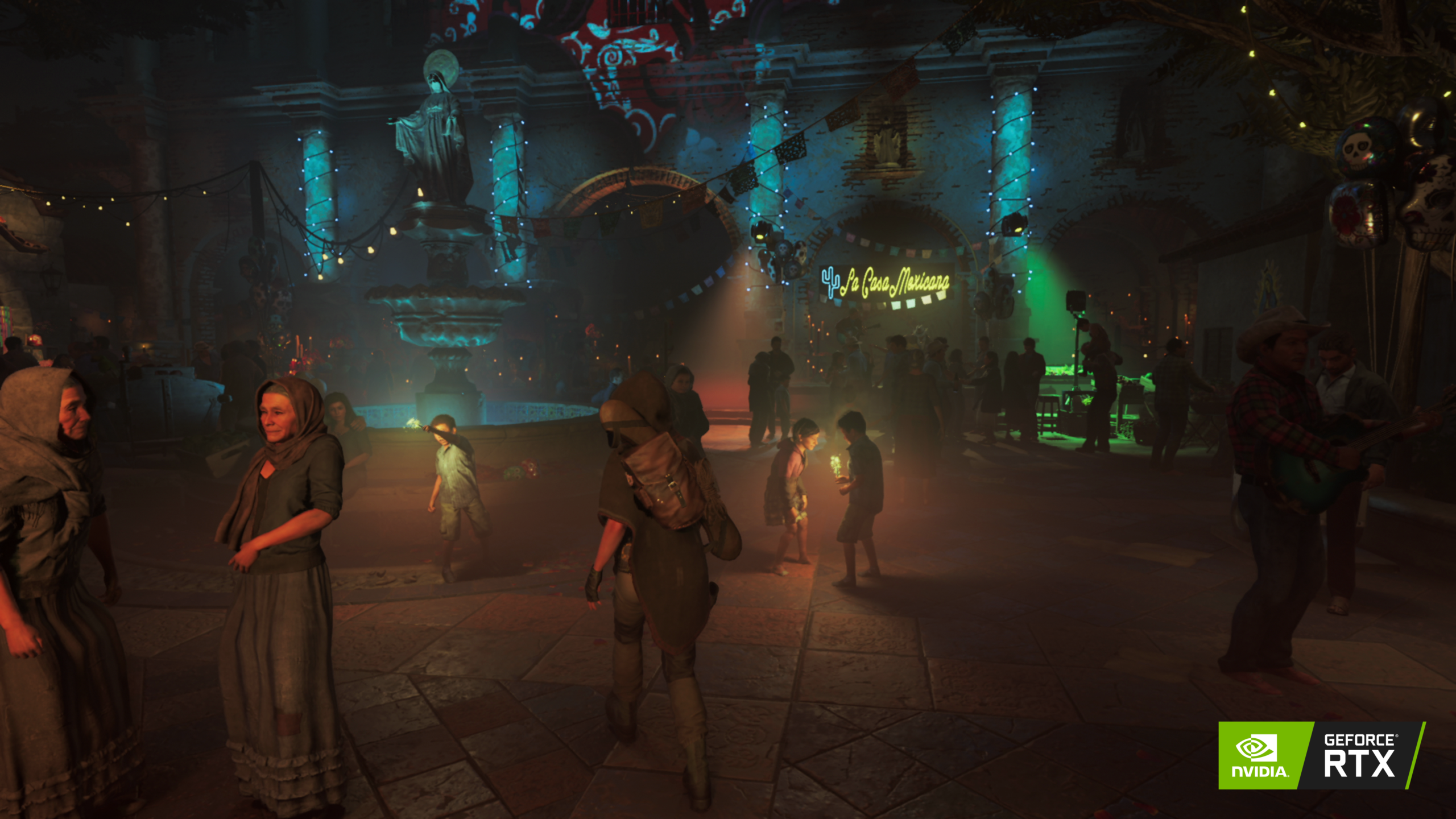 The shadows in Shadow of the Tomb Raider showcase DirectX Raytracing’s ability to render lifelike shadows and shadow interactions that more realistic than what’s ever been showcased in a game. 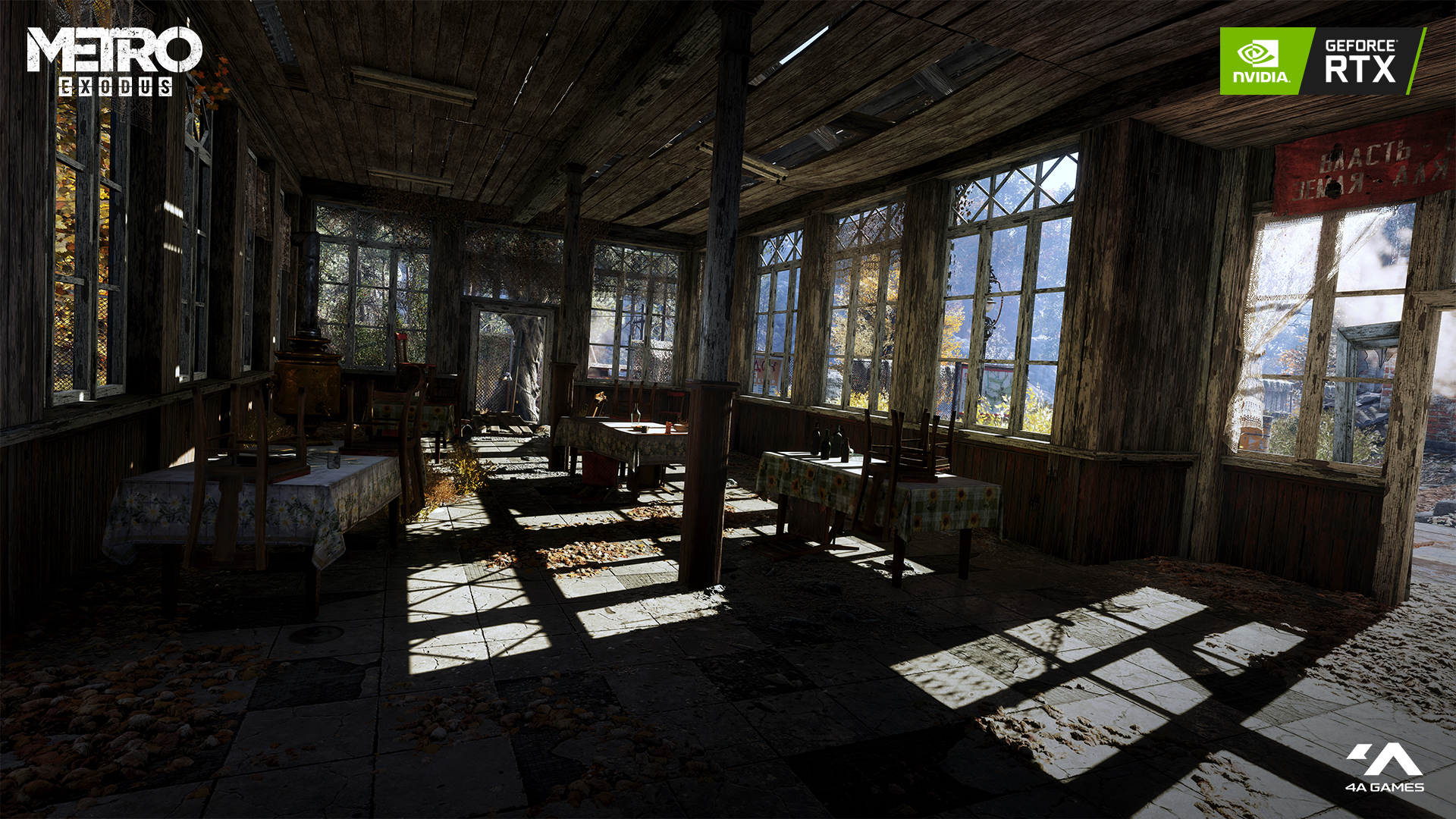 Metro Exodus will have high-fidelity natural lighting and contact shadows, resulting in an environment where light behaves just as it does in real life.

These games will be followed by the next wave of titles that make use of raytracing.

We’re still in the early days of DirectX Raytracing and are excited not just about the specific effects that have already been implemented using our API, but also about the road ahead.

DirectX Raytracing is well-suited to take advantage of today’s trends: we expect DXR to open an entirely new class of techniques and revolutionize the graphics industry.

Hardware has become increasingly flexible and general-purpose over the past decade: with the same TFLOPs today’s GPU can do more and we only expect this trend to continue.

We designed DirectX Raytracing with this in mind: by representing DXR as a compute-like workload, without complex state, we believe that the API is future-proof and well-aligned with the future evolution of GPUs: DXR workloads will fit naturally into the GPU pipelines of tomorrow.

In addition to the progress we’ve made with DirectX Raytracing, we recently announced a new public API, DirectML, which will allow game developers to integrate inferencing into their games with a low-level API. To hear more about this technology, releasing in Spring 2019, check out our SIGGRAPH talk.

ML techniques such as denoising and super-resolution will allow hardware to achieve impressive raytraced effects with fewer rays per pixel. We expect DirectML to play a large role in making raytracing more mainstream.

Developers in the future will be able to spend less time with expensive pre-computations generating custom lightmaps, shadow maps and ambient occlusion maps for each asset.

Realism will be easier to achieve for game engines: accurate shadows, lighting, reflections and ambient occlusion are a natural consequence of raytracing and don’t require extensive work refining and iterating on complicated scene-specific shaders.

EA’s SEED division, the folks who made the PICA PICA demo, offer a glimpse of what this might look like: they were able to achieve an extraordinarily high level of visual quality with only three artists on their team!

We expect the impact of widespread DirectX Raytracing in games to be beyond achieving specific effects and helping developers make their games faster.

The human brain is hardwired to detect realism and is especially sensitive to realism when looking at representations of people: we can intuitively feel when a character in a game looks and feels “right”, and much of this depends on accurate lighting. When a character gets really close to looking as a real human should, but slightly misses the mark, it becomes unnerving to look at. This effect is known as the uncanny valley.

Because true-to-life lighting is a natural consequence of raytracing, DirectX Raytracing will allow games to get much closer to crossing the uncanny valley, allowing developers to blur the line between the real and the fake. Games that fully cross the uncanny valley will gave gamers total immersion in their virtual environments and interactions with in-game characters. Simply put, DXR will make games much more believable.

As of 2pm PST today, this update is now available to the public. As with all our updates, rolling out the October 2018 Update will be a gradual process, meaning that not everyone will get it automatically on day one.

It’s easy to install this update manually: you’ll be able to update your machine using this link soon after 2pm PST on October 2nd.

Developers eager to start exploring the world of real-time raytracing should go to the directxtech forum’s raytracing board for the latest DirectX Raytracing spec, developer samples and our getting started guide.

Direct3D team office has a Wall of GPU History
When you are the team behind something like Direct3D, you need many different graphics cards to test on.  And when you’ve been doing this for as long as we have, ...