PIX on Windows now has initial support for all the DirectX 12 Ultimate features:

Variable Rate Shading support in PIX was first added in PIX 1903.26 and continues to be supported now! 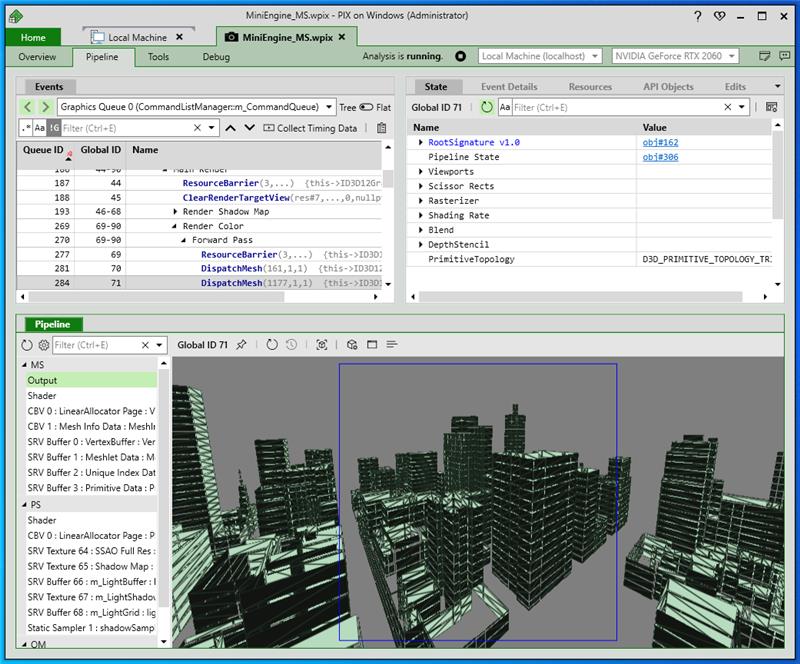 The GPU capture timeline has been updated; text now shows up in event blocks and general performance has been improved.

New timing captures now indicate the relationship between a GPU command’s recording and its execution on the GPU. 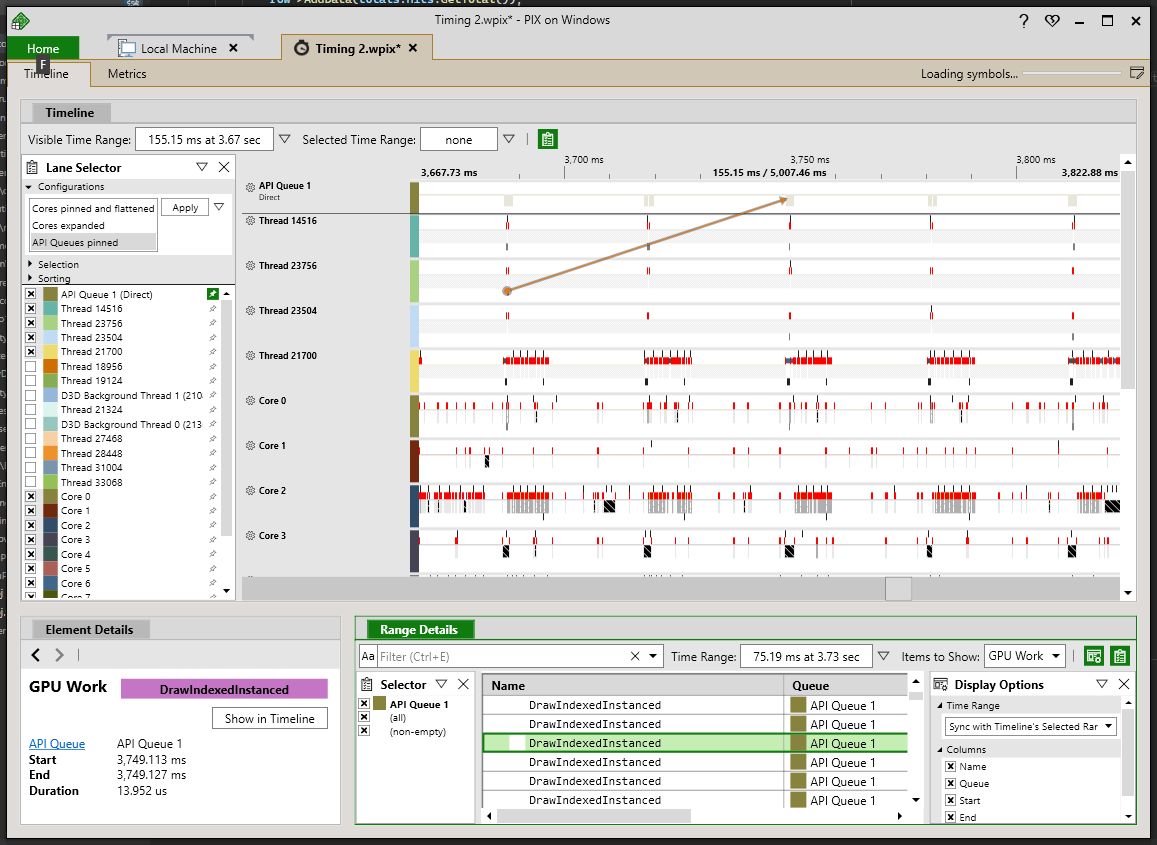 The Timing Capture file format has changed in this release of PIX. Timing Captures taken with previous versions of PIX cannot be opened in this new version of PIX. Attempting to open an old capture will present the following error: To open an old capture, install the version of PIX that was used to take the capture. Version information was not recorded in captures prior to this release of PIX, so unfortunately PIX cannot currently identify which version was used to take a capture. Going forward, the error message PIX presents when you attempt to load a capture with an old format will includes the version number of PIX used when the capture was taken.

Multiple versions of PIX can be installed side-by-side on the same PC, should you need to install older versions to view older Timing Captures. Remember to uncheck the “Replace any previously installed versions” checkbox when running the installer: 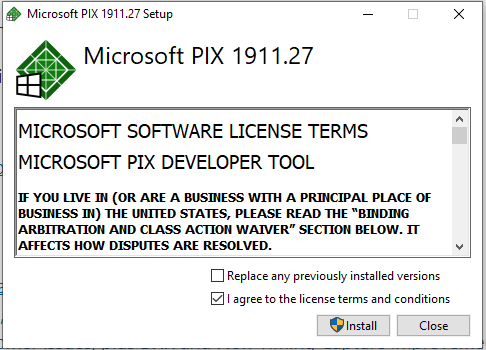