Starting with Windows Insiders preview build 20211, WSL 2 will be offering a new feature: wsl --mount. This new parameter allows a physical disk to be attached and mounted inside WSL 2, which enables you to access filesystems that aren’t natively supported by Windows (such as ext4).

So, if you’re dual booting with Windows & Linux using different disks, you can now access your Linux files from Windows!

To mount a disk, open a PowerShell window with administrator privileges and run:

To unmount and detach the disk from WSL 2, run

The disks paths are available under the ‘DeviceID’ columns. Usually under the \\.\\\.\PHYSICALDRIVE* format. Below is an example of mounting a specific partition of a given hard disk into WSL and browsing its files. 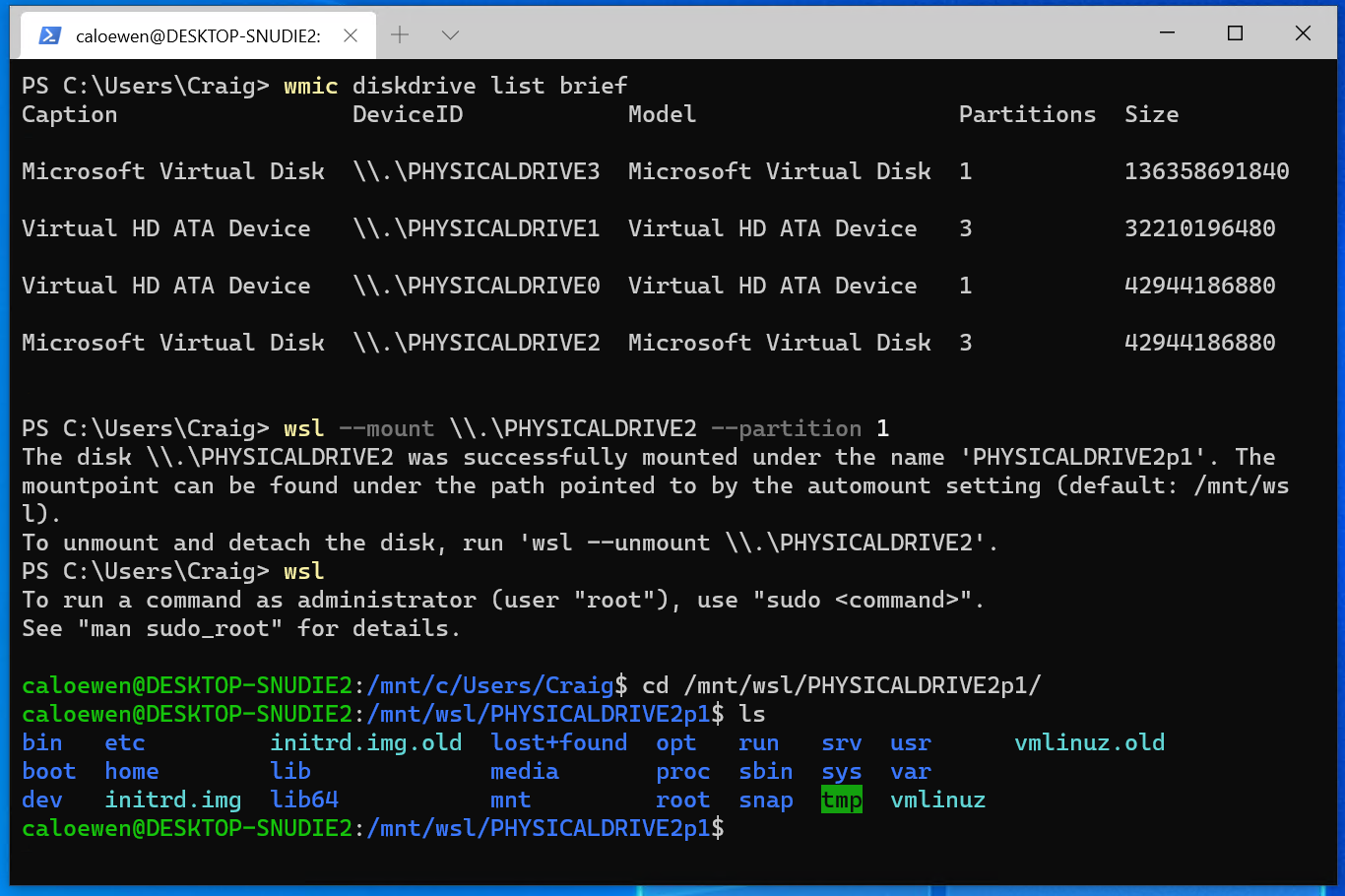 Accessing these files with File Explorer

Once mounted, it’s also possible to access these disks through the Windows explorer by navigating to \wsl$ and then to the mount folder. 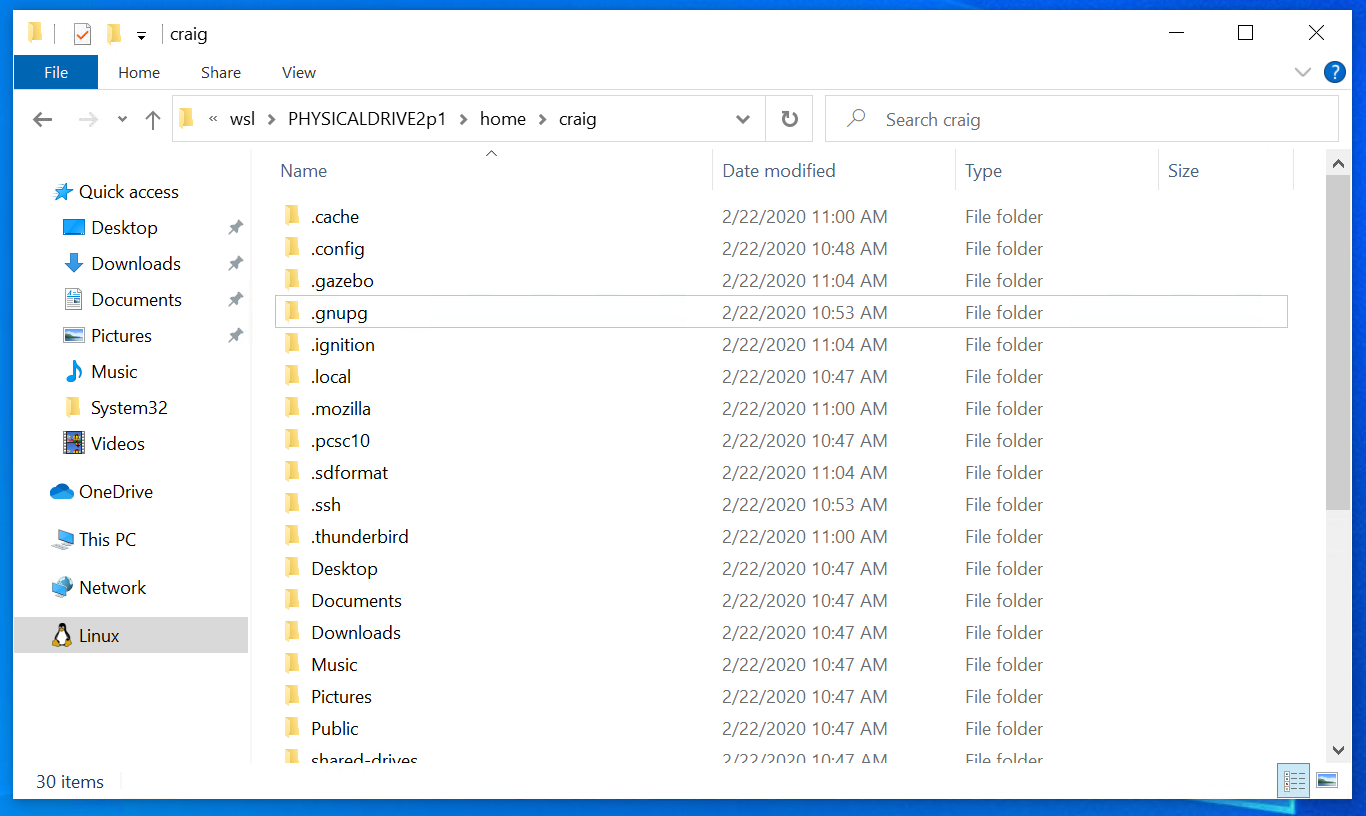 By default, wsl --mount attempts to mount the disk as ext4. To specify a filesystem, or for more advanced scenarios, check out Mount a disk in WSL 2.

Also please note that this feature comes with the limitation that only physical disks can be attached to WSL 2. At this time, it’s not possible to attach a single partition. More details on the limitations here.

If you run into any issues, or have feedback for our team please file an issue on our Github , and if you have general questions about WSL you can find all of our team members that are on Twitter on this twitter list.