As we close out 2018, our team is still busy delivering useful new additions to Visual Studio App Center for you. Today, I’ll be highlighting the addition of three all-new CodePush features: Install Metrics and Update Metadata in the App Center CLI, Deployment Management in the App Center Portal, and our re-try mechanism for CodePush rollbacks.

All three of these features were heavily requested by you in the community, bringing a better experience to React Native developers end-to-end and ultimately make distributing releases via CodePush a more polished process for you.

Here’s more information on how you can improve your release flow with the newest CodePush features and how to get started.

Install Metrics and Update Metadata in the App Center CLI

We’ve brought install metrics and update metadata to the App Center CLI, completing parity between the CodePush CLI and the App Center CLI. This feature enables you to see various statistics associated with your releases, such as version of the app, whether it’s mandatory or not, release time, and who distributed a particular release. In addition, one can see how many users are actively running a specific release. To use this feature, simply run either the `appcenter codepush deployment list` or the ` appcenter codepush deployment history `commands in the App Center CLI. 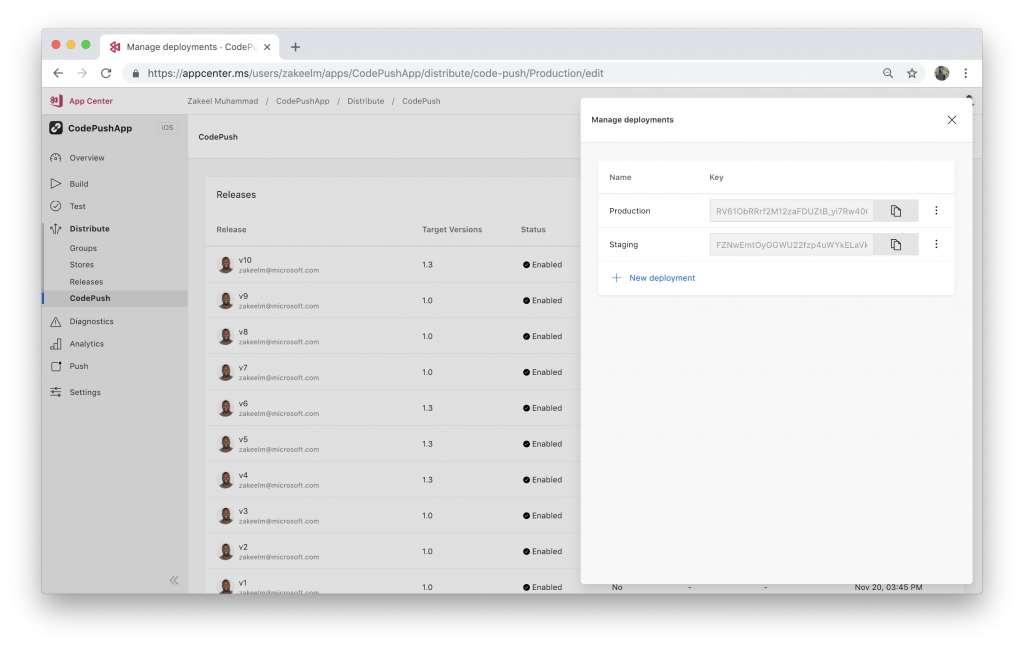 The re-try mechanism for CodePush rollbacks was one of our biggest feature requests. With this feature, it’s now possible to customize this flow in a way that can re-attempt previously unsuccessful updates. This allows users who are running older versions due to rollbacks an opportunity to now run the latest release. For example, you can set options like this: 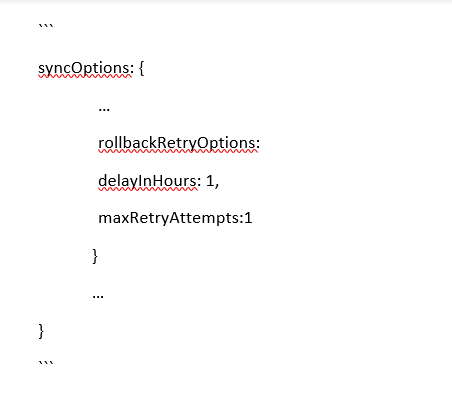 Then use one of the following options `App = CodePush(syncOptions)(App)` or `CodePush.sync(syncOptions)`. The above code means that in the case of a rollback, the app will re-attempt to download the release in 1 hour after the rollback at maximum one more time. These numbers can be adjusted to best for your flow. This feature minimizes the time users spend on old versions and ensure your newly distributed code gets in the hands of your users.

To get started with these features, simply log in to App Center and/or download the App Center CLI. We hope you’re as excited about these features as we are. We appreciate your passion and great feedback this past year and look forward to another exciting year ahead with Code Push and App Center.

Glenn Wester
December 20, 2018
0 comment
Better Player Engagement with Push Notifications in Unity Apps
In the world of mobile development, the ability to send targeted push notifications is one of the tools available to developers to help connect with users. In games, a ...