The World Bank seeks to end extreme poverty and to push for greater equity. They have been providing loans to countries in development and transition since 1946, with more than $40 billion in loans supplied in 2014 alone. Supported by the 188 states of the United Nations and more than 12,000 staff in Washington D.C. and 130-plus countries, the World Bank has a major impact on the lives of billions of people, especially those in the poorest countries. 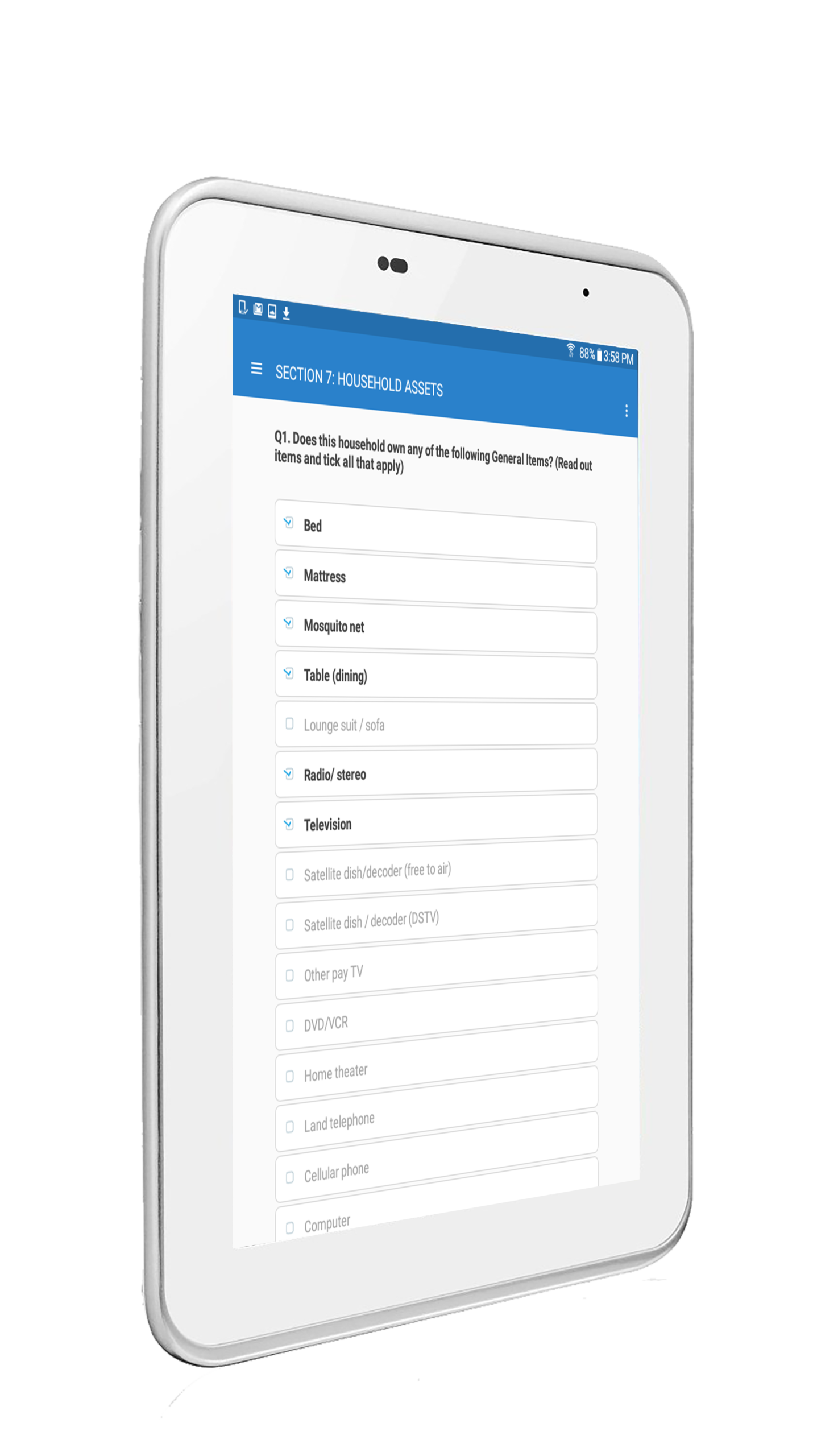 Information is critical to the activities of the World Bank and their partners, which are primarily government agencies and non-governmental organizations (NGOs). They all use in-depth, one-on-one interviews to collect data on complex factors such as economic development and social change. These surveys can be both vast, including tens of thousands of individuals, and long in duration, lasting over years or even decades. Until recently, the only viable collection option in many regions was pen-and- paper, with a high potential for error and inefficiency. The World Bank partnered with the University of Maryland to evaluate existing survey software solutions, but couldn’t find one that met all of their criteria.

Instead, the World Bank decided to build their own solution. Known as Survey Solutions, it combines a mobile app, a survey design tool, and server software that manages surveys and aggregates data. The mobile component of the solution was created using Xamarin, which was chosen by the team because it let them use their existing C# skills to create a highly complex, yet robust, mobile app, and allowed them to jump right into mobile development. “It just made sense to use Xamarin, because we wouldn’t have to switch or go look for new developers,” says Zurab Sajaia, Senior Economist, World Bank Group.

The app was first released in September of 2013 and has evolved significantly since then. Because of intermittent or slow internet connections, survey administrators need to be able to store data on devices for uploading later. Xamarin enabled the developers to create on-device data storage that could hold the results of surveys that sometimes contain thousands of questions and a system that supports complex questionnaire structures with branching logic, dynamically created question lists, pop-ups, radio buttons, and more, all on devices with a wide range of processing capabilities.

The application created by the small team of eight has been a great success, with documented use in more than 30 countries and 50 survey projects, several of which are major, ongoing population surveys. View the Case Study

Be First To Try Our New Release Candidate