Be First To Try Our New Release Candidate

To keep pace with the rapid evolution of iOS, Android, and our own mobile innovations, we publish many updates to Xamarin over the course of the year. As Xamarin has grown, it has become increasingly important for our customers that every release of Xamarin be enterprise-grade: stable and high-quality.

Today, we are instituting a new release candidate process for all major updates to Xamarin. The goal of this process is to ensure that new versions of Xamarin do not introduce regressions. This also gives you an opportunity to try out our latest-and-greatest, and to ensure that it works for you and your team. We need your help to make this work!

This release candidate includes major upgrades to every major component of our platform. We have extensive new features available for everyone across the board: Android, iOS, Mac, Visual Studio, and Xamarin Studio, including a complete rewrite of our Visual Studio integration for iOS. We know you’ll love it.

Building iOS applications from Visual Studio is now easier than ever! Rather than using the PIN-based Mac pairing process you may have you used in the past, the new Xamarin Mac Agent only requires that Remote Login is enabled on your Mac. That’s it—no additional setup or configuration is required.

The new connection manager in Visual Studio will discover, authenticate, and remember your Mac. Moreover, since all communication is tunneled securely through SSH, you only have to open one, well-known port (i.e., port 22) on your router or firewall. There’s no app to start on the Mac. If you have a compatible version of Xamarin.iOS installed, Visual Studio will automatically deploy and start the new Xamarin Mac Agent.

We redesigned the end-to-end communication between Visual Studio and your Mac with a focus on fault tolerance and recovery, eliminating the root of many sources of problems. This includes a spectrum of issues from debugging to deployment to disconnected agents: they’re all now magically accounted for. 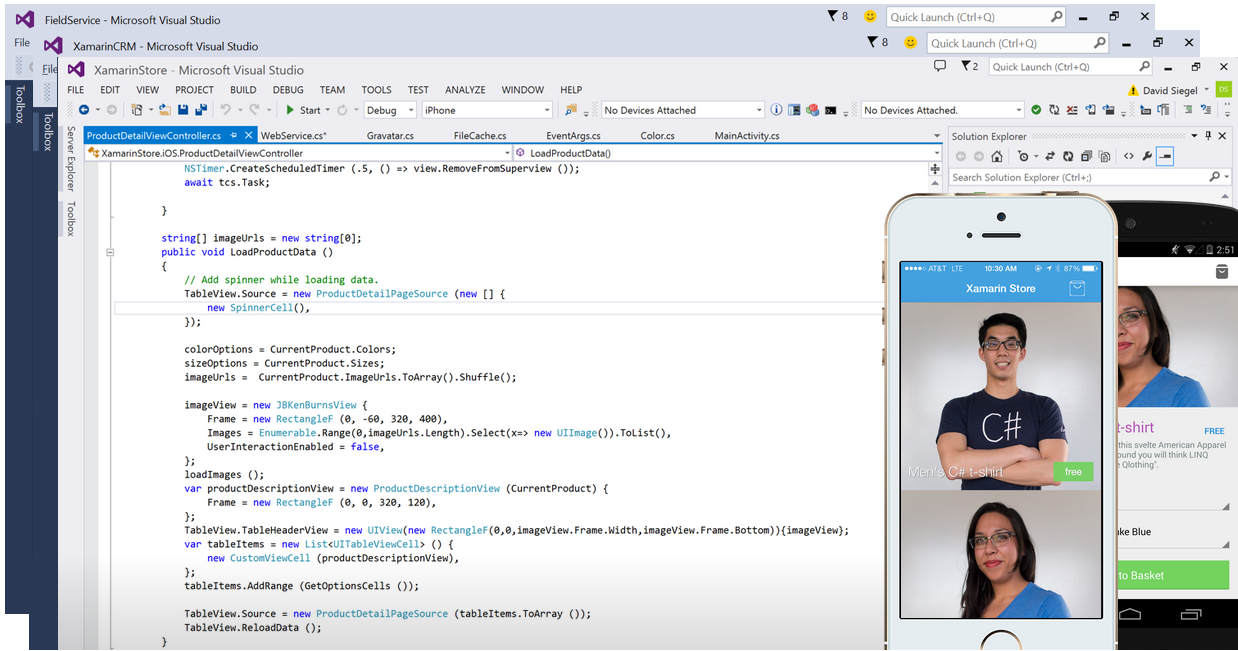 With the original build agent, only a single Visual Studio instance could be connected to the Mac. This made it frustratingly difficult to keep multiple iOS solutions open at once. The new iOS build experience allows multiple instances of Visual Studio to connect simultaneously.

We’ve made it easier to work without a connection to your Mac. Visual Studio will no longer prompt you to connect to your Mac unless you’re performing an operation for which the Mac is required, such as debugging or using the designer.

You’ll be pleasantly surprised when you discover that we’ve replaced major components of our .NET runtime with the Microsoft’s open sourced stack, which brings many bug fixes and performance and compatibility benefits. More details are available on the Mono 4.2.0 release notes.

Getting This Release Candidate

This release candidate (RC0) is comprised of updates on iOS, Android, Visual Studio, and Xamarin Studio, as well as a new version of Mono on Mac OS X. To use RC0 to develop iOS applications in Visual Studio, you’ll need to install RC0 on both your Mac and Windows workstations. You can try it out by switching to the alpha update channels in Visual Studio and Xamarin Studio. Or, simply use our installers to get all of the new builds on Mac and Windows:
Download Release Candidate for Mac   Download Release Candidate for Windows
To help make this next release our best ever, please let us know about any issues you encounter with our new Visual Studio experience by filing a bug. You can also follow along with the latest releases from Xamarin on our release blog.

Mix Some Marshmallow Into Your Android Apps
Today we are releasing our latest update to Xamarin.Android, featuring support for Android 6.0 (Marshmallow). Android Marshmallow adds several new features for Android d

Miguel de Icaza October 8, 2015
0 comment
Is Your App Ready for Android Marshmallow?
With the announcement that Android Marshmallow has started to roll out to a wide range of devices, it's time to start thinking about the impact of the release and to