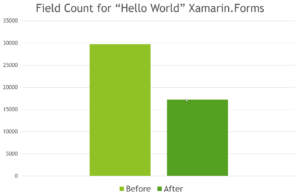 David Ortinau
June 26, 2019
0 comment
Styling for Multiple Device Resolutions
Guest Post: Develop applications with a design specific to one resolution that looks good on all the platforms and manage device resolutions by doing general validations such as making sure controls aren’t cut off that are reachable, visible, usable, etc. Learn More.