Today we released Visual Studio 2015 Update 1 RC, which builds on the Update 1 CTP we released three weeks ago. In addition to the features introduced in the CTP as described here, the Release Candidate includes the following: 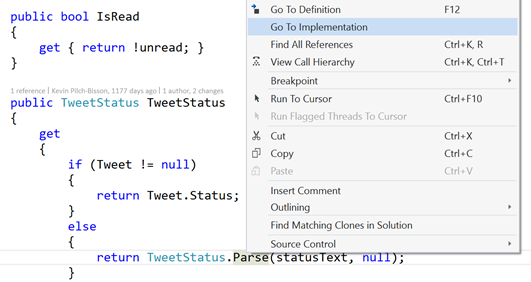 For a complete list of features in Update 1 RC and information on bug fixes and known issues, see the Visual Studio 2015 Update 1 RC Release Notes.

Important note: the Visual Studio Emulator for Emulator and Microsoft Test Manager will not be able to acquire online licenses when used with Visual Studio Update 1 RC installed. Therefore, we recommended that you avoid installing Update 1 RC on a computer where either of those products is needed.

Visual Studio Blog
November 2, 2015
0 comment
Developer update for Microsoft Band
It’s been a year since we launched Microsoft Band and Microsoft Health. We’ve made a commitment to the developer community to make our ecosystem open and ...