It’s a pattern only if you see it happen at least twice, so here is our second post in the monthly top news series.

This month again we looked at various content across the developer sphere and bring you what we think are some of the top stories. We hope you find this list useful and interesting; and of course we welcome your feedback.

ASP.NET 5 Preview Released. Last month we announced the release of ASP.NET 5. ASP.NET 5 is an open source web framework for building modern web applications that can be developed and run on Windows, Linux and the Mac. It includes the MVC 6 framework, and will also be the basis for SignalR 3 which enables real time functionality to cloud connected applications. ASP.NET 5 is built on the .NET Core runtime, but it can also be run on the full .NET Framework for maximum compatibility. With this latest release ASP.NET is becoming leaner (it no longer requires System.Web.dll), more modular, cross-platform, and cloud optimized. Rami Sarieddine blogs about this in detail with his post Let’s welcome ASP.NET 5.

MSBuild is now Open Source. Richard Lander announced that the MSBuild Engine is now Open Source on GitHub and that we are contributing it to the .NET Foundation. You can invoke msbuild.exe directly on your project or solution file to build products where Visual Studio is not installed. For instance, we use MSBuild to build the .NET Core Libraries and .NET Core Runtime open source projects. TheNextWeb site also featured a post on Microsoft open sourcing Visual Studio’s build tool, MSBuild. 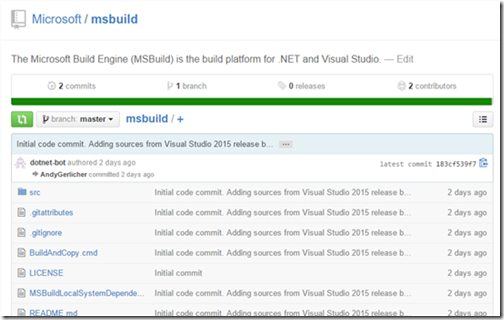 Why is DevOps so hard? Jason St-Cyr in his post on Why DevOps is so hard talks about the key things we all agree on when it comes to DevOps. He also talks about the things that make it really difficult to achieve these common goals. One of the issues he highlights is the difference in perspective between the development teams and operations teams that focus on different stages of the process and so have different priorities.

Make Debugging Faster with Visual Studio. When Debugging slows you down it can get frustrating. In his post on Make Debugging Faster with Visual Studio Andrew Hall takes a step by step approach to describing what makes the debugger slow. He starts by first talking about the 3 distinct debugger experiences that can slow you down and then explains each one in depth listing various reasons that could cause each type of delay. Check out his blog post to learn about what happens when you run the debugger and what could be causing it to make your application slow. 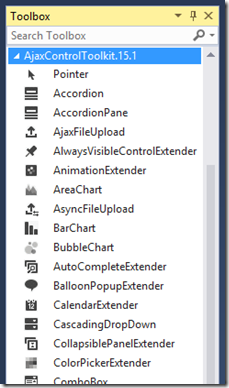 Connect(“Live”); Debugging and Cloud Diagnostics. We kicked off our Connect(“Live”) live streaming sessions with a Q&A session with the Debugging and Cloud Diagnostics Team featuring Saurabh Bhatia, Dan Fernandez, Andrew Hall, Boris Scholl. The goal with these events is to give you more opportunities to connect with the product teams throughout the year. If you missed the event you can watch a recording on Channel 9. To learn about upcoming events check out Connect(“Live”) on Channel 9.

We hope you enjoyed reading this list. We will bring you a new one each month, so stay tuned and please don’t hesitate to send us feedback by commenting below.