Use PowerShell to Work with Network Adapter Power Settings 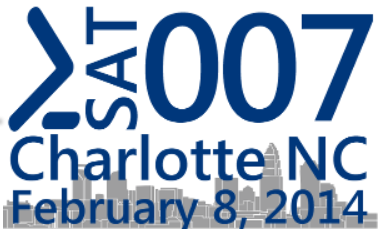 Note  This is the fifth post in a series that examines working with network adapters. You may want to refer to the
earlier posts to get a feel for the way the series progresses:

In Windows 7, the network adapter power settings expanded. Some of the improvements are listed here:

These settings are configurable via the graphical user interface by clicking the Configure button from the Network Adapter Properties dialog box. The settings are shown in the image that follows: When the command completes successfully, it returns OK. Keep in mind that this will also cause a network adapter reset. The command and its associated output are shown here:

To query the power management settings for a specific network adapter, use the Get-NetAdapterPowerManagement function and specify the name of the network adapter. An example of this command is shown here:

The command and the output associated with the command are shown in the image that follows:

Because no output returns from the command, I use the Get-NetAdapter command a second time to verify that the configuration change took place. The commands and their associated output are shown in the following image:

Most of the time, when I need to manage network adapter power management settings, it is because of a new deployment, or because an audit has determined that I have configuration drift. (Hmmm…this would actually be a great thing to use desired configuration management to control.)  So, I put all the settings I want to configure into a single command, such as this:

The –passthru parameter outputs a configuration management object so I can inspect it to ensure that the proper changes occurred. The command and the output from the command are shown that follows:

To make changes to multiple computers, I first use the New-CimSession cmdlet to make my remote connections. I can specify the computer names and the credentials to use to make the connection. I then store the remote connection in a variable.

Next, I pass that CIM session to the –CimSession parameter. The key to remember is that I must be able to identify the network adapter that I need to use for the management activity. An example of creating a CIM session and using it follows. (This is a two-line command, so if you directly copy it, you must change the computer name and network interface name, and remove spaces until the second command appears on a single line.)

If you do not launch Windows PowerShell with Admin rights, an error message appears that states it cannot find the network adapter. An example of the error message is shown here:

Network Adapter Week will wrap-up tomorrow. I will be talking about how to gather network statistics.