A major point of confusion amongst beginning scripters, regardless of the language, is the difference between a Do…Until loop and a Do…While loop.

In one respect, Do … Until and Do … While are opposites. This is due to the position of the condition to be evaluated. Whereas, a Do…While loop continues processing WHILE a condition evaluates as True, a Do…Until loop processes UNTIL a condition becomes True. This is a subtle difference that can lead to seriously difficult errors to detect in a complicated Windows PowerShell script. 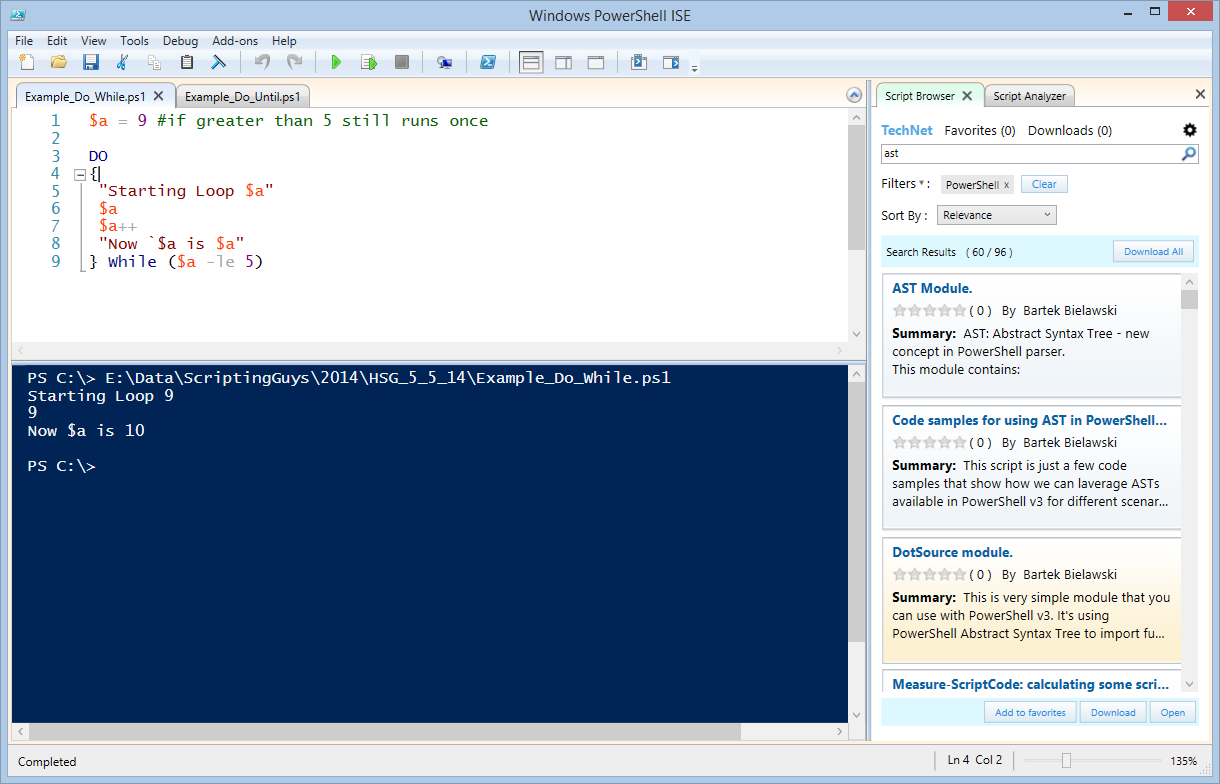 If I change this from a Do…While to a Do…Until loop, the script looks like this:

#if less than 5 runs only once

The script block runs one time because it runs until the value of $a is less than or equal to 5. The output is shown here: 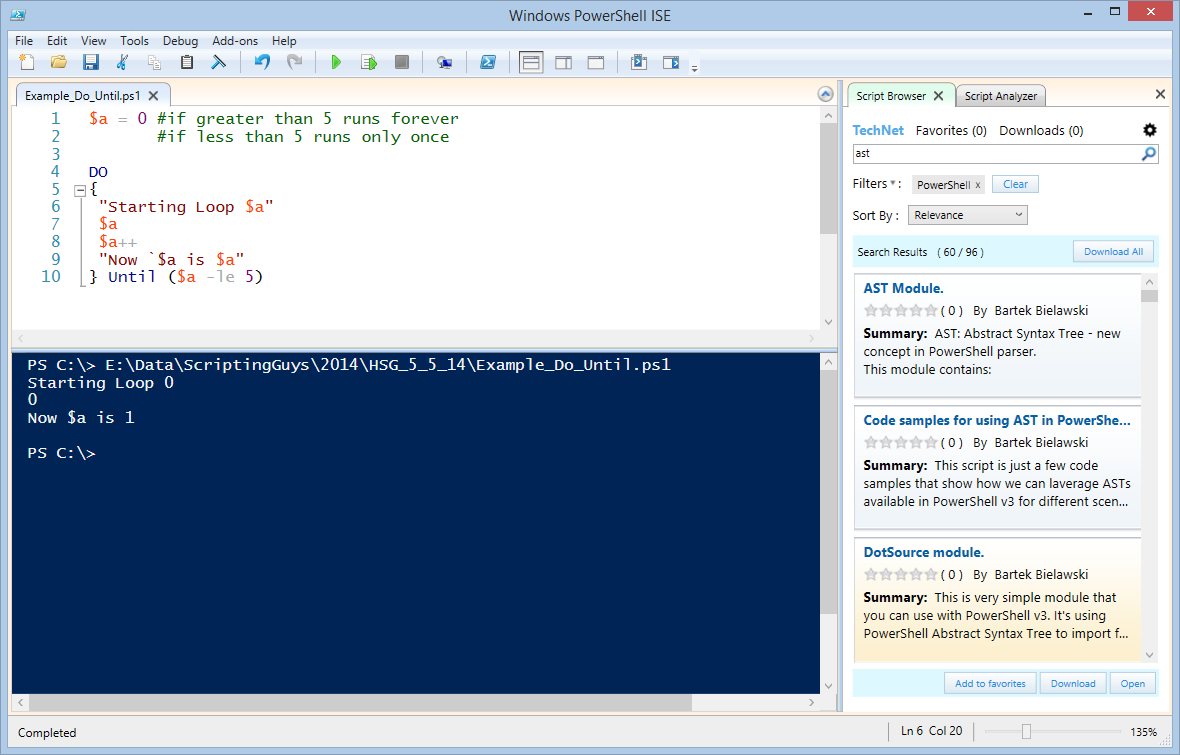 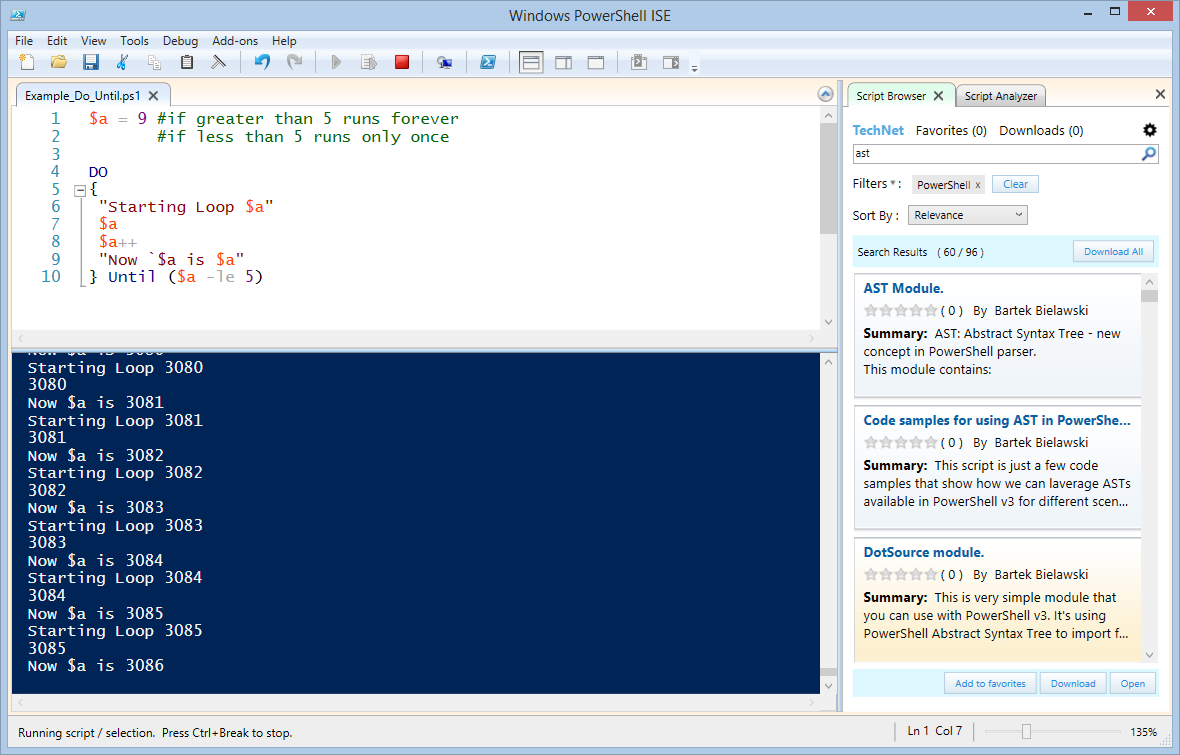 In summary, both Do…While and Do…Until are bottom evaluated. Therefore, the script block runs at least one time. Do…While runs as long as a condition is True. When that condition becomes False, it ceases to run. However, if the condition is always False, it will still run one loop.

Do…Until runs until a condition becomes True. That is, it runs as long as a condition is False. It also evaluates at the bottom of the loop; and therefore, it will also run at least one time. If a condition never becomes True, the script goes into an endless loop.

In my example, 9 is never less than or equal to 5; and therefore, the condition will never become True. The script block went into an endless loop, and I had to stop the script by pressing the red square in the ISE. In the Windows PowerShell console, I would press Ctrl+C.

There are three similar tools: While, Do…While, and Do…Until. Each has its own usage and purpose in a script.

That is all there is to using Do…Until. Join me tomorrow when I will talk about Windows PowerShell control statements in looping.