Microsoft Scripting Guy, Ed Wilson, is here. Last week, the Scripting Wife and I were at the Windows PowerShell Summit in Bellevue, Washington. It was an awesome week. We got to reconnect with many old friends, and we also made new ones. I delivered three sessions on Wednesday. Needless to say, I was a bit tired. In fact, the entire week was tiring. I am talking about 16-hour days, and a three-hour time zone change kind of tired. But the energy was buzzing around; and therefore, it was awesome.

Before one of my sessions, I decided to get a cup of coffee. Someone saw me and said, “What are you doing with coffee? Don’t you usually drink tea?” Well, yes I do, but I thought I would go for the "hard stuff" to provide a little extra jolt before my session.

After one of my sessions, someone came up to me and said they liked my blog posts last week, and wondered if I would write something about Do. A "Scooby Do, where are you" kind of do? Probably not. Here you go…

The Do…While loop construction in Windows PowerShell is a bottom evaluated version of the While loop that I talked about in PowerShell Looping: Using While. The whole idea is that I am going to do something while a condition exists. As an example, here is a recent weather forecast for Charlotte, North Carolina, where the Scripting Wife and I live:

So I might go outside and ride my bike while the sun is shining. The strange thing is the way the evaluation goes. It might look like this:

Go to the garage.

Ride while it is sunny.

The evaluation occurs at the end. In Windows PowerShell script, it would look like the following:

Now I want to take a look at a real Windows PowerShell script that illustrates using the Do…While loop.

The script in the ISE and the output from the script are shown in the following image: 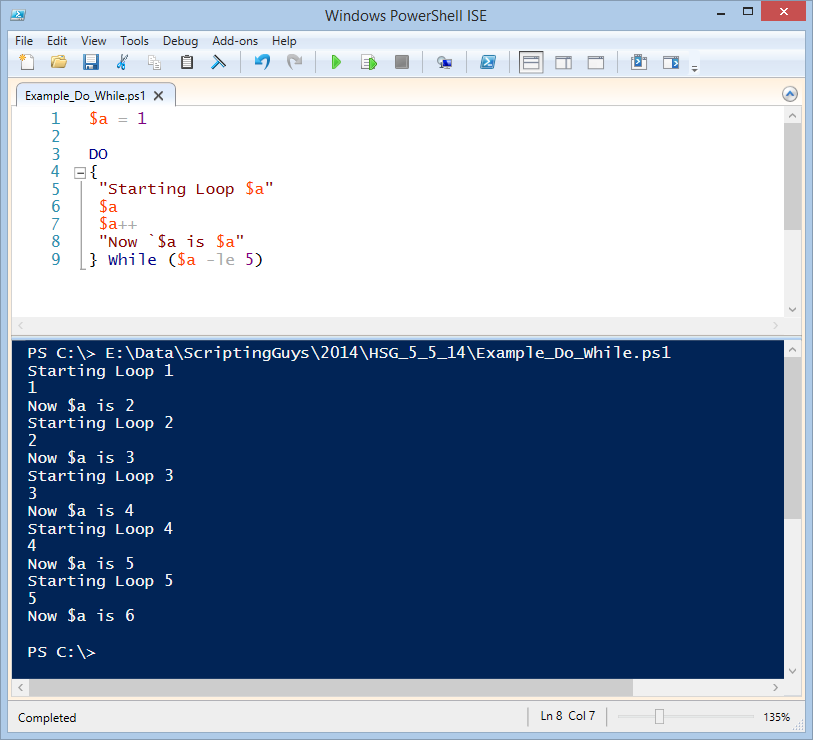 So, I can see that there are four parts to a Do…While loop. First is the Do keyword, then the script block that I want to “do.” Then comes the While keyword, and the condition that is evaluated to determine if another loop will occur.

This is illustrated in the image that follows. I use exactly the same script as I used previously, but instead of setting the value of $a, I assign a value of 9. Now, 9 is greater than 5, so the ($a –le 5) condition is never true. Yet, as you can see in the image, the script block ran once. 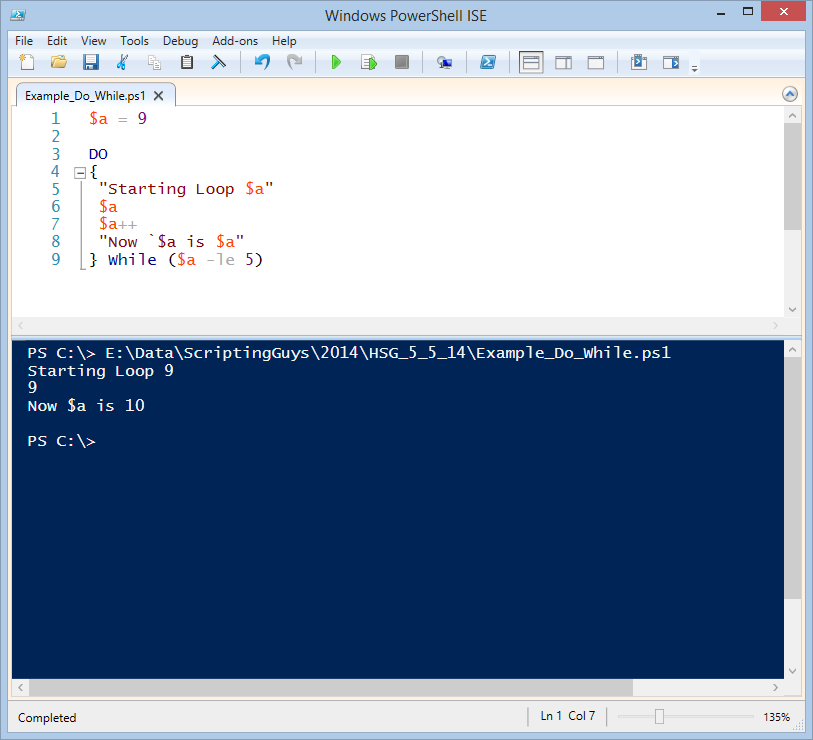 In the following image, I see that it took me a few seconds to close Notepad. When I manually close Notepad, the looping stops. 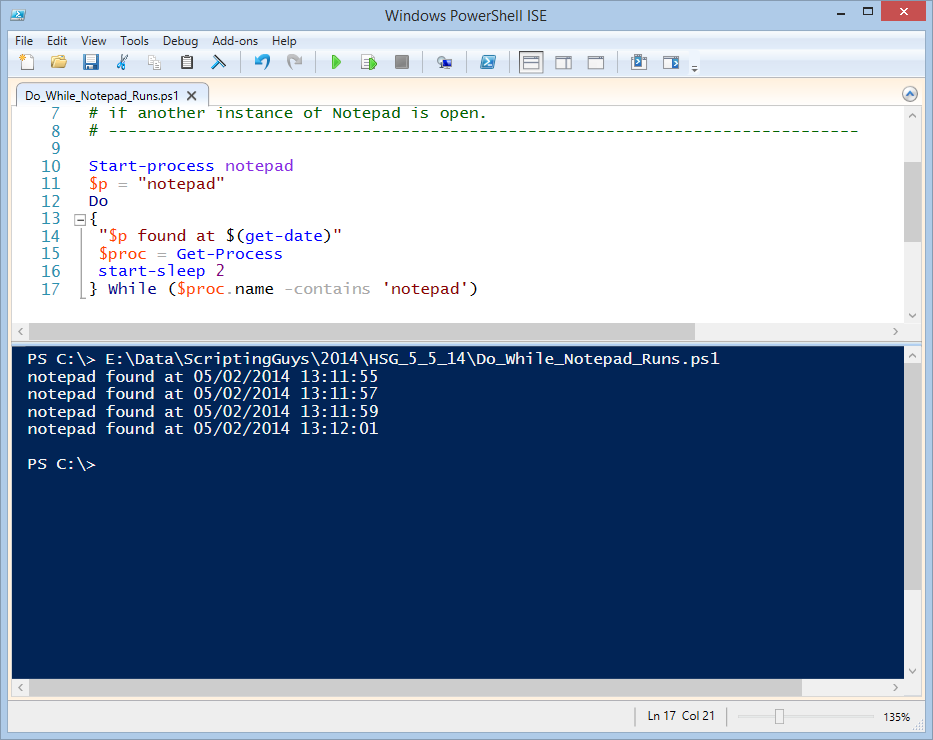