Summary: The Scripting Wife shares the location of the Scripting Guys booth at TechEd 2014 in Houston.

Hello everyone. If you have never been to an event at the Houston Convention Center, you have missed out on a special treat. This venue is huge. TechEd 2014 is huge. In fact, it sold out weeks ago. This will be an incredible event, and I am excited to be part of it.

As you may know, there are many way cool things that Microsoft is planning to bring out this year, and they will be demonstrating much of that stuff in Houston. (No, the Scripting Guy has not shared anything with me, but as an MVP, I have my own non-disclosure agreement. In fact, I know things that he doesn’t know.)

Anyway, I am not revealing any secrets when I say that this event will absolutely ROCK. If you are in Houston for TechEd, please make it a point to come by the Scripting Guys booth and to say "hi." In fact, you will want to come by multiple times, because we have an awesome lineup of cool people to talk to. Check out the Scripting Guys Booth Schedule for TechEd 2014.

One of the challenges of a huge event is finding stuff. So I got permission from the TechEd booth people to share with you some pictures that show our location. 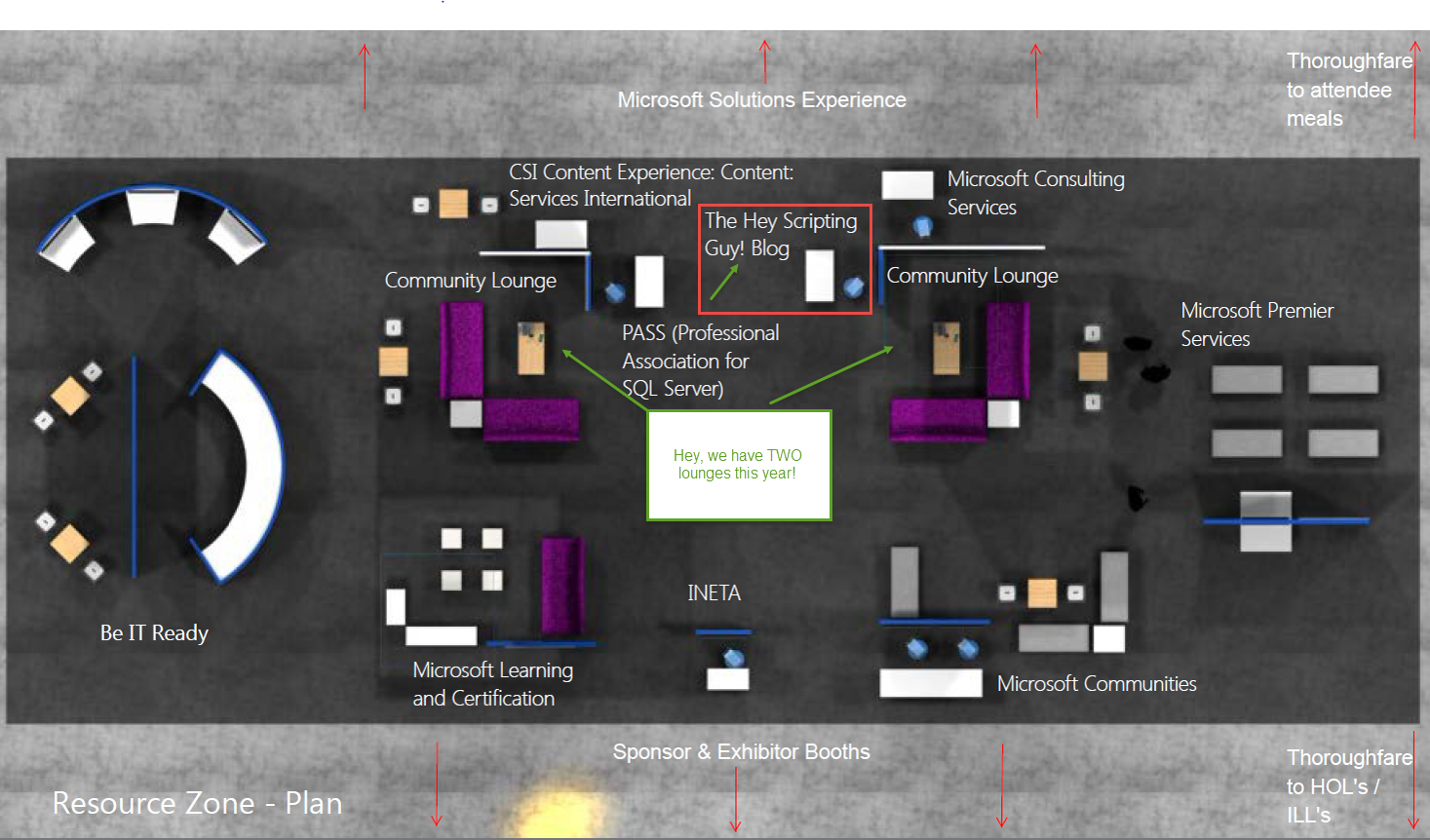 As you can see in the previous image, our booth is on the far side from the Microsoft Solutions Experience, and on the way to where the attendee meals are held. We are behind INETA, and beside PASS and Microsoft Consulting Services. The Microsoft Communities are in the same area, as are the CSI Content Experience people. The Resource Zone is also just past the Sponsor and Exhibitor booths. So we are in the middle. The cool thing about having two lounges this year is that there is plenty of space for you to come, to sit, to chat, and to share with other conference attendees. All in all, it will absolutely rock.

The image that follows is a 3D type of picture that shows the Resource Zone square hanging over our heads, and it better shows where the Scripting Guys booth is located. 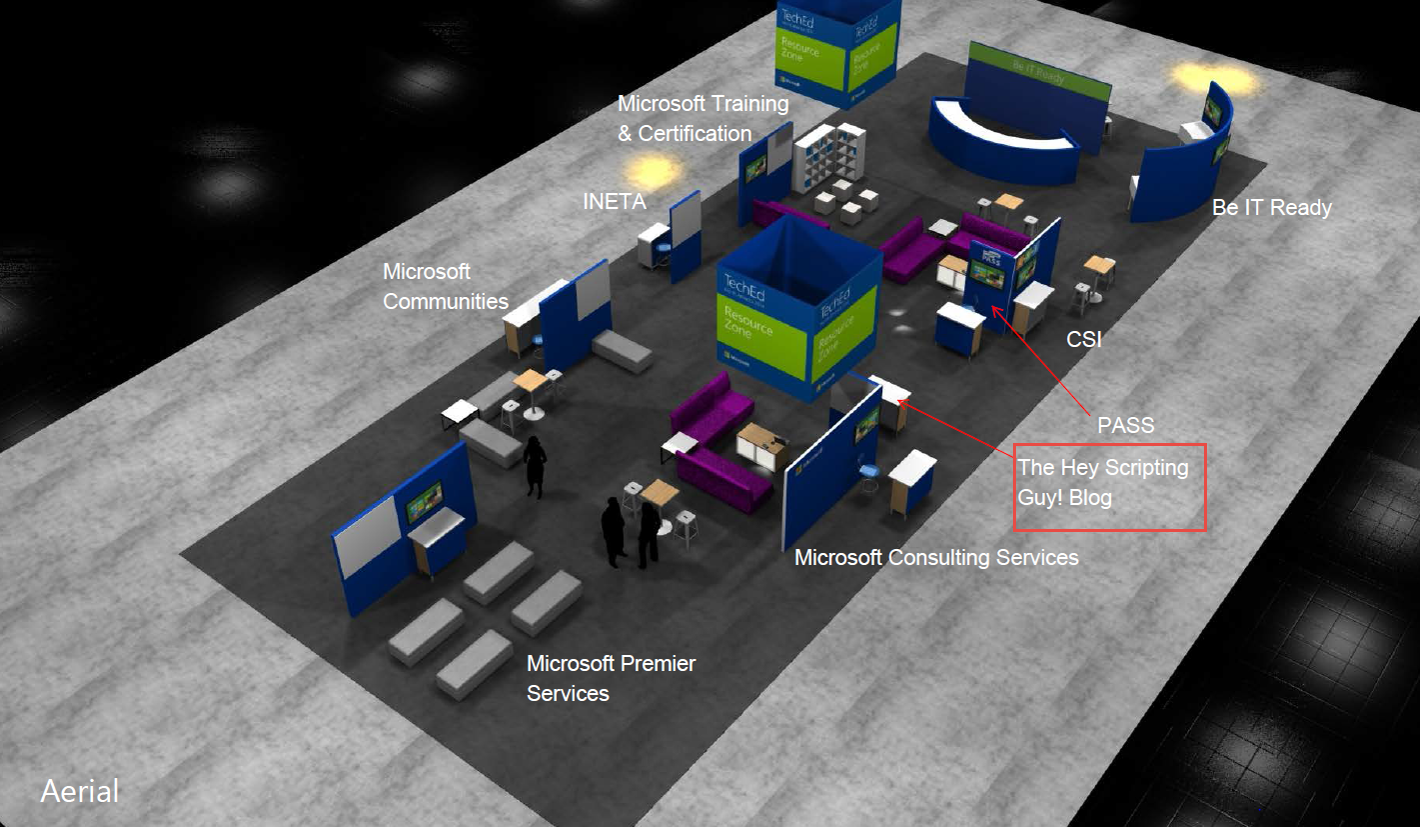 In the past, we were more on a corner between two roads. This year we are not. But the advantage is that with our new location, we have access to two lounges. Look for the big green Resource Zone square hanging in the sky, and look for another post when we arrive in Houston and we have a chance to actually check out our booth.

We look forward to seeing you in Houston.