Optical character recognition, commonly known as OCR, detects the text found in an image or video and extracts the recognized words. By using OCR, we can provide our users a much better user experience; instead of having to manually perform data entry on a mobile device, users can simply take a photo, and OCR can extract the information required without requiring any further interaction from the user. Many mobile apps have adopted OCR as a primary user input source, such as apps for tracking expenses or keeping track of business cards, or you may have seen this feature used to “scan” your information off of a credit card rather than typing it in.

In this blog post, you will learn how to add OCR to your mobile apps in just a few lines of code by building an invoice-tracking app for iOS, Android, and Windows with Xamarin.Forms and Microsoft Cognitive Services.

Getting Started with the Computer Vision API

Microsoft Cognitive Services lets you build apps using powerful algorithms in just a few lines of code with 22 APIs to help us do everything from facial recognition to OCR. APIs are broken down into five main categories: vision, speech, language, knowledge, and search. The Computer Vision API allows us to extract rich information from images, such as recognizing objects or extracting text with OCR.

Let’s build an app that tracks due dates for payments by taking photos of invoices. To get started, download the starter code for the app. This contains one screen that allows users to view invoices, along with a button for tracking new invoices.

Check the row with “Computer Vision” as the product name and click “Subscribe.” Once registered, you should have a free subscription to the Computer Vision APIs, including API keys.

Now that we have an API key, it’s time to add the functionality to take a photo that we will later perform OCR on. Taking photos is a platform-specific functionality, but thanks to the Media Plugin for Xamarin and Windows, we can add the ability to take or select photos from shared code quickly and easily. Add the Media Plugin for Xamarin and Windows NuGet package to both the PCL and platform-specific projects.

Add the following code under the “Add camera logic” comment:

After initializing the Media Plugin library, we check to make sure that the camera is available on the device the code is running on. If it is, we take a photo with the camera; if not, we allow the user to pick from their photo library. We’re now done with our photo logic; that’s all of the code that’s required to take photos on iOS, Android, and Windows.

Now we’re ready to upload our photo to the Computer Vision API to perform OCR. Because all Microsoft Cognitive Services APIs are just RESTful APIs, we can use HttpClient to call into them just like any other service. To make it as easy as possible to consume Microsoft Cognitive Services APIs, the team has created client libraries and shipped them on NuGet. To add the Computer Vision API to our project, add the Microsoft.ProjectOxford.Vision NuGet to the PCL project.

In the ExecuteAddInvoiceCommandAsync method under the “add OCR logic” comment, add the following code:

The Computer Vision API will automatically detect all characters in the uploaded image and is capable of recognizing characters from 21 different languages. If required, the image will even be rotated around the horizontal axis (so users don’t have to take a perfect photo). These characters are divided up into regions, which contain individual lines of text.

Next, let’s grab the total from the invoice by selecting the highest numeric value returned by the OCR. After selecting the total, let’s create a new Invoice and add it to our ObservableCollection.

We’ve just built an app to track invoices using Microsoft Cognitive Services and Xamarin! This app uses the Computer Vision API’s OCR functionality to extract the total from an invoice. We could even extend this to extract dates using OCR and automatically add an event on the calendar to remind users an invoice is due. 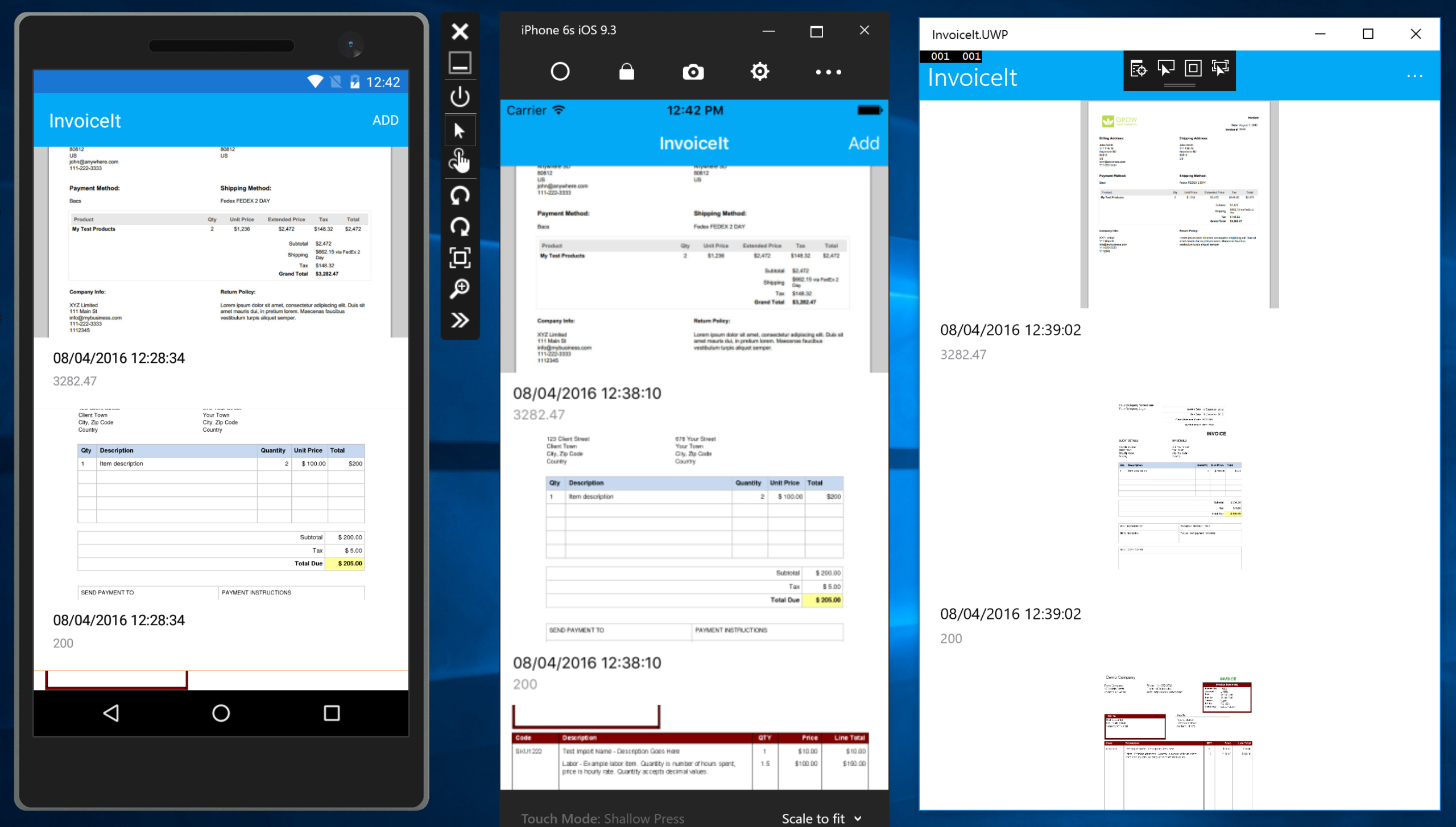 Nanoservices for Mobile Apps with Azure Functions
Azure Functions are a serverless, event-driven development experience that can easily integrate into any mobile app or Azure Mobile App backend. This means you can run ...