Mobile apps can transform the way we watch TV and interact with our favorite shows using our mobile phones. We sit down with Kenney Myers, an acclaimed actor and producer, who explains what the Little Cupid Show app is all about, his inspiration, and what the future holds.

Little Cupid Show is an app that augments the Little Cupid TV series on Amazon Prime Video (which Kenny is an actor on the series).  “We came up with the idea to use augmented reality to detect images in the episodes and then pop-up director’s notes when the images were detected.  It’s kind of got that class VH-1 popup video feel.  We wanted to let the fans here from the director and give them points for the number of images detected and notes read.”

They can advance from nothing to bronze, silver, and gold fans.  The director and cast intend to offer “shoutouts” to the fans that hit the various levels.  Under the hood the app is 100% Xamarin.Forms and heavily leverages ARKit, ARCore, SkiaSharp, and a bunch of other technologies.  Additionally, it is highly scaleable and controlled by the server (a .NET Core MVC app).

What Inspired You to Create Little Cupid?

“After working in the industry as an actor for several years now I realized that there were a few significant struggles for independent filmmakers and really the industry as a whole.  We need to find more ways to interact with the audience and find ways for our art to stand out in a very crowded world of streaming options.  On the flip sides fans of shows always want to know more (back history, director’s notes, bloopers, etc.).  We want to give them the ability to really go as deep as they want to into the world that has been created by director’s and entertainers.  Being a developer I am constantly writing utilities to help me as an actor so it was natural for me to marry my love for Xamarin with my love for acting and desire to fill what I think is a gap in the video streaming world.”

What Technologies Were Used to Build Little Cupid?

“So at first we started working with Wikitude and other AR platforms our there (which are totally fine), but we wanted more control over the entire experience so we opted to build everything from the ground up using ARCore, ARKit, and Xamarin Forms.  I wanted to basically have as much as possible written in C# because frankly, I LOVE IT!  So of course when it came time to write the backend API and web application I went with ASP.NET Core.  It’s my belief that Xamarin Forms can be amazing and like any tool in our toolkit it is up to us as developers to use it correctly.  We hope we accomplished that with our platform.” 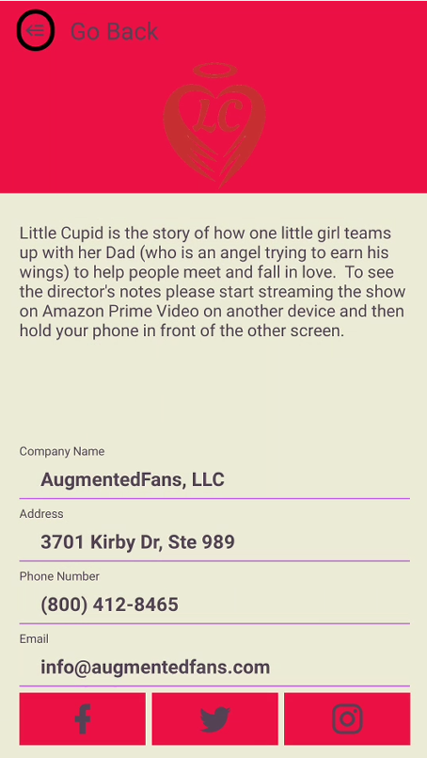 What is Your Favorite Part of Developing with Xamarin, and How Does it Set You Apart From the Competition?

“It’s 100% the ability to write everything in C#.  As a predominantly backend/API developer Xamarin has changed the game.  We don’t have to make hybrid apps or suffer through Swift and Kotlin, we can just use the language we love.  I also am hooked on the concept of reusing as much code as possible between Android and iOS so for me the choice was clear. Xamarin.Forms all the way!  I think the advantage it offers us is that we can completely reuse models everywhere (the API, the web app, the mobile app).  It’s just a great marriage of technologies.”

What challenges Did You Encounter? How Did You Work Around Those Challenges?

“Yes, many challenges as always.  Mostly it’s honestly just tricky to get AR working reliably and exactly the way you want it on both iOS and Android.  That has been the hardest part of all of this for sure.  I would also say using SkiaSharp to create the really cool pop-up bubbles looks great but was a bit of a challenge for the team (shoutout to Loki Taljaard for that work).” 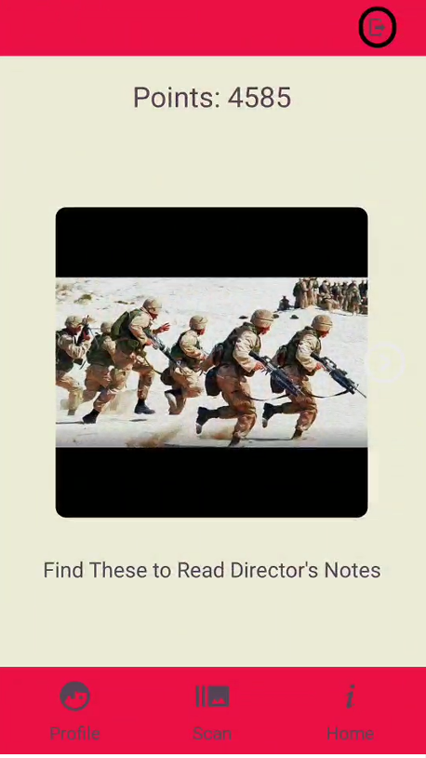 What Does the Roadmap for Little Cupid Look Like?

“Little Cupid Show is the first of several TV series that are using this technology.  Chosen Kin (a revamp) and Age of the Living Dead will be the next two series.  Our goal is to continue to refine and expand the capabilities of the application to facilitate more image recognition and trigger actions over the next few months.  In addition, we will be working with authors, newspapers, comic books, and other verticals to make those mediums more engaging for their fans as well.  Finally, we will expand into virtual reality when the tools become more readily available and used by the general public.”

Xamarin and .NET Developer Events in February
A full list of Xamarin and .NET developer engagements this February! Find links to our Community page, local Meetups, Github projects, and StackOverflow accounts. As well as the developer Twitter, Gitter, and Facebook pages. Read on to discover your events of interest this month.

Jayme Singleton
February 3, 2020
0 comment
Toggling Tabs with Triggers
Learn more about how Xamarin.Forms makes setting Tab Icons super easy and how using Triggers allow you to set a property or group of properties based on the value of another property.