Using the unique capabilities of mobile devices, such as location, messaging and notifications, an accurate assessment of an incident site is constructed very rapidly, vastly improving safety for those first to the scene.

The Instant Notification System app had initially been developed in Java, and the scope of the project expanded to iOS. 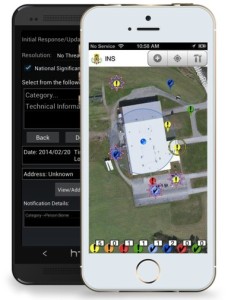 “Once we learned we were doing the iOS version, we started splitting stuff out and went to Xamarin to fully take advantage of C# and code sharing”, said Jeremy Kolb of ARA.

The overall benefits to ARA with the Xamarin solution included 70% code sharing between its iOS and Android apps, 50% faster development time, cleaner code and a competitive advantage for mobile app creation.

“The efficiencies of Xamarin are making it easier for us to take on more mobile projects.” Kolb says.

View the full case study to learn more about the competitive advantage ARA gained through its use of Xamarin.

Kick off May with a Mobile C# Meetup
We are kicking off May the right way with another round of awesome Xamarin meetups happening all over the world. This month is packed full of great talks ranging ...