Over the last couple of years, we’ve expanded our Visual Studio VM image offerings for the Azure Marketplace. These images have proven to be popular not only for evaluating the latest Visual Studio releases, but also for jumpstarting developer environments in the cloud. In this post, we’ll introduce new images optimized for running Visual Studio in standalone VM instances, with Azure Virtual Desktop, or the recently announced Microsoft Dev Box service. 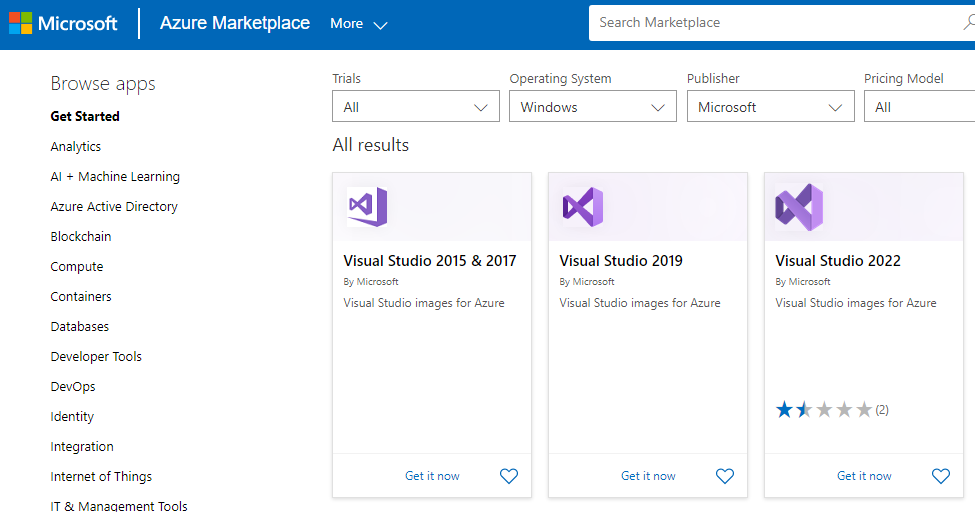 Today, we are introducing new gen2 images for Windows 10 and Windows 11. These images include all Visual Studio 2019 or Visual Studio 2022 workloads, Microsoft 365 apps, and the following tools and settings:

Get started using the new images with Microsoft Dev Box

Microsoft Dev Box is a managed service that enables developers to create on-demand, high-performance, secure & ready-to-code workstations in the cloud.

Our new “Microsoft Dev Box compatible” images are a great starting point for companies that want to deploy Microsoft Dev Boxes to their Visual Studio developers. The images can also be customized to further boost developer productivity by including any additional tools and dependencies to build, run, and deploy your company’s applications.

Visit this repository to learn how to leverage our new images to create your own custom images.

In the upcoming months, we’ll take a closer look at our Azure image offerings and announce further optimizations and additional gen2 images.

We’d love for you to try these new images, let us know what you think about them, and what additional tools and settings you’d like to see added in the future. Share your thoughts as well as any requests or suggestions to improve these images via this survey or via Developer Community.

Jason Chlus
October 20, 2022
23 comments
Copy with proper indentation
You want to share some code you’ve written with a colleague, so you select it in the editor and hit Ctrl+C to copy it. As you paste it in Outlook/Slack/Teams, you ...