A few months back we released Visual Studio Tools for Unity 2.1 (VSTU), the first release to be natively supported by Unity on Windows, making it much easier for game developers to use the rich capabilities of the Visual Studio IDE while developing Unity games.

And for those of you working on multiplayer games, we’ve added support for the new networking messages in our wizards as shown below. Of course they’re context sensitive, and only appear if you’re actually working in a NetworkBehaviour. 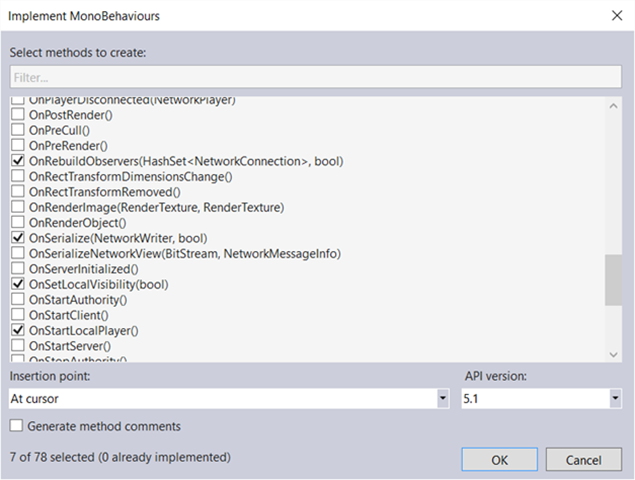 The easiest way to update is through the update tab of the Visual Studio extension manager. To do it manually, download and install the VSTU version that matches the Visual Studio version you have installed and want to use with Unity, as described in the following sections.

VSTU is natively supported and you just need to reinstall VSTU. In this scenario, you don’t need to import the VSTU package in your project, and you should delete the UnityVS folder of your project if you were using VSTU with a previous version of Unity. The solution we generate won’t be prefixed by UnityVS.

Just set Visual Studio to be the external editor in Unity: 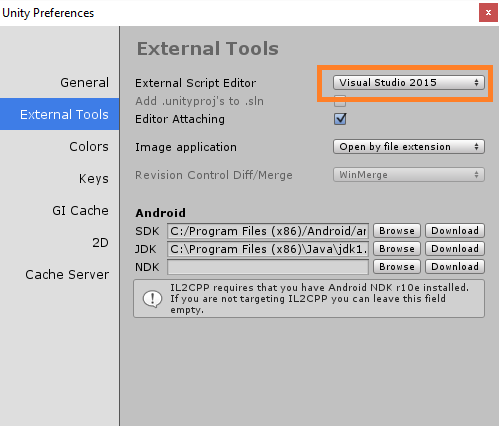 And you’ll see that the VSTU support is enabled in the About window of Unity as shown below. 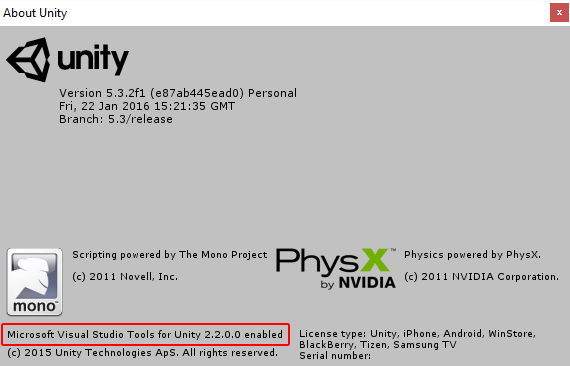 You’ll still need to reimport our package in your project. The solution we generate will still be prefixed by UnityVS.

We strongly encourage VSTU users to update to 2.2. VSTU works best with the native support that was released with Unity 5.2, but we continue to support game developers on previous versions of Unity through the use of our VSTU Unity package. The full change log for this release is in our documentation.