Whether you are new or have been using Visual Studio for years, there are a bunch of tips and tricks that can make you more productive. We’ve been sharing tips on Twitter using the #vstip hashtag for a while, and this is a collection of the best ones so far.

Hitting F10 to build, run, and attach debugger instead of F5 will automatically break on the first time your own code is being executed. No breakpoints needed.

Reattach to process (Shift+Alt+P) is extremely helpful when you have to attach to the same process again and again. 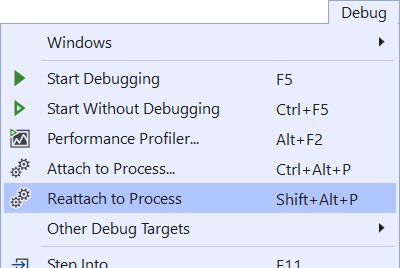 A blue dot in the margin indicates a switch of threads while stepping through debugging.

Improve performance of solution load and reduce visual noise by disabling restore of node expansions in Solution Explorer as well as Reopen documents on solution load. 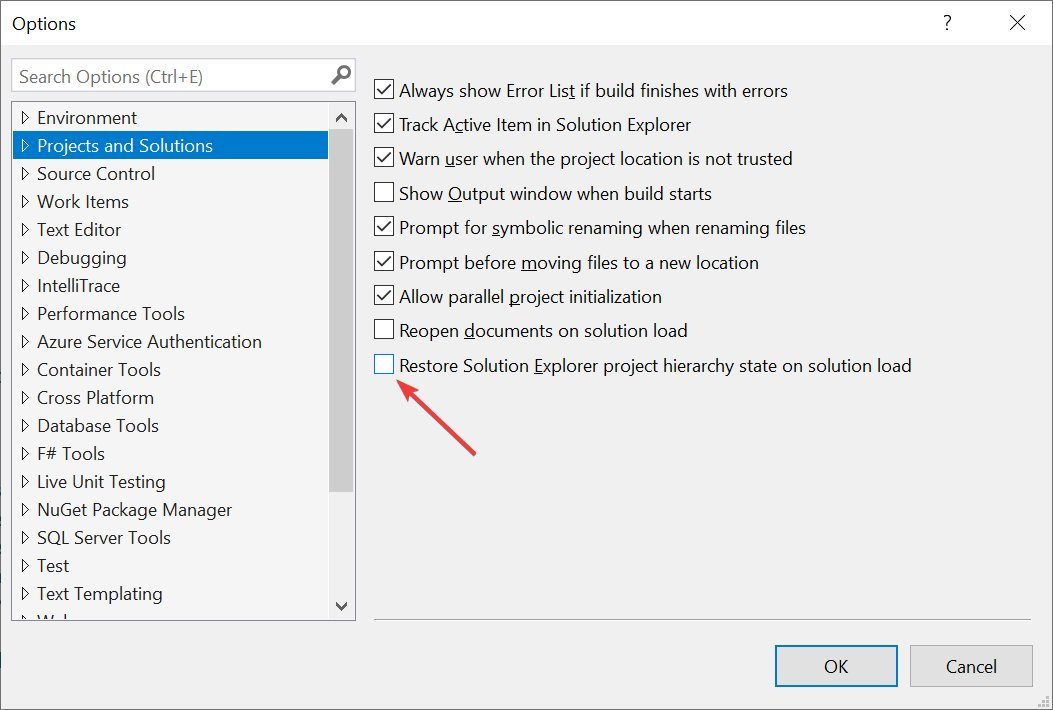 For fast keyboard navigation, use Ctrl+T to find anything in your solution – files, classes etc.

Assign a keyboard shortcut to perform a “git pull” so you don’t have to use CLI or Team Explorer to ensure your repo is up to date. 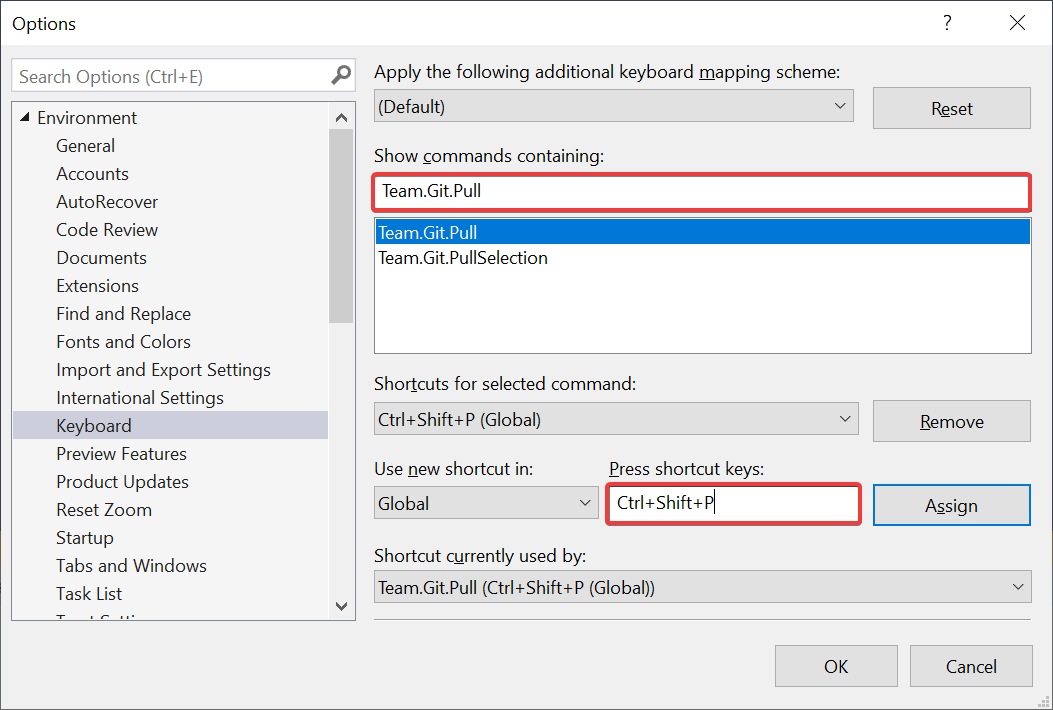 Make Solution Explorer automatically select the current active document, so you never lose track of its location in the project. 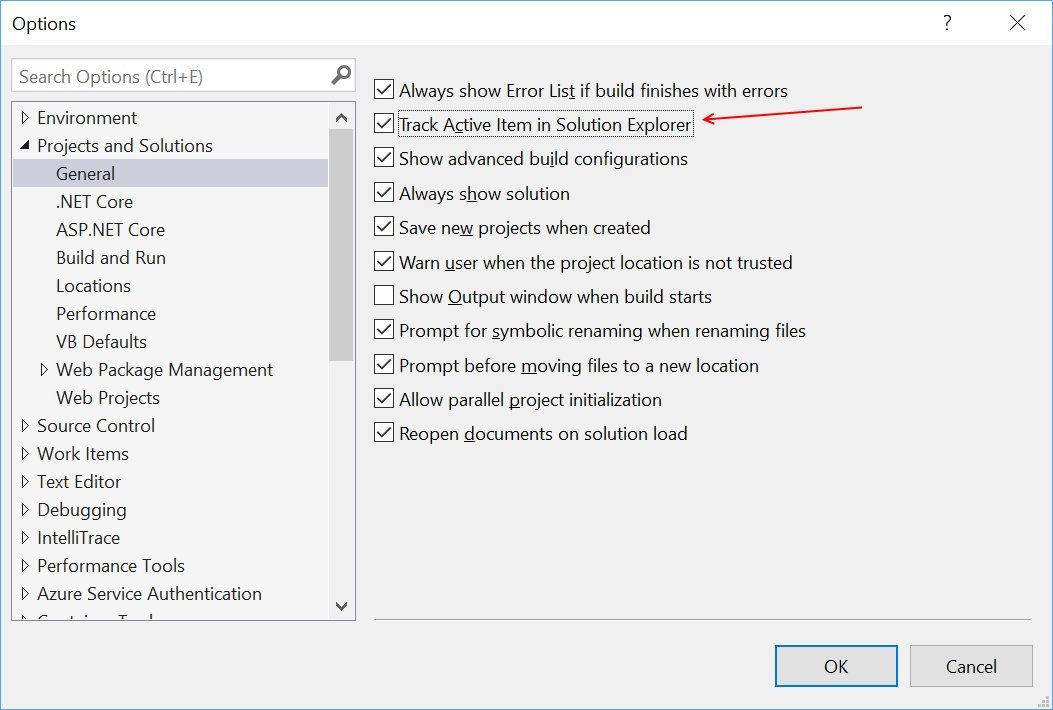 Easily surround HTML elements with a <div> using Shift+Alt+W. The inserted <div> is selected so you can easily edit it to be any tag you’d like, and the end-tag matches up automatically. 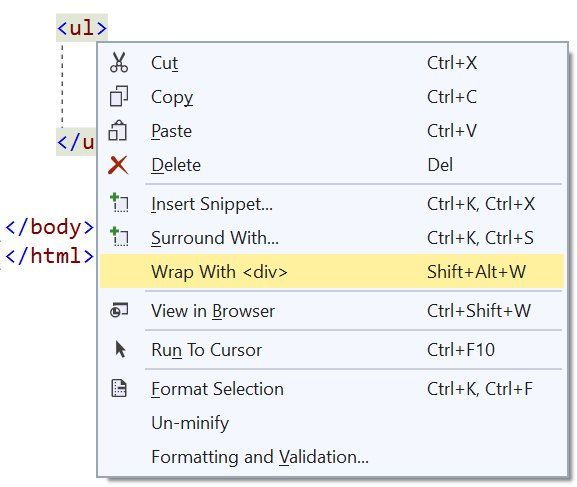 Copy any JSON fragment to the clipboard and paste it as strongly typed .NET classes into any C# or VB code file. 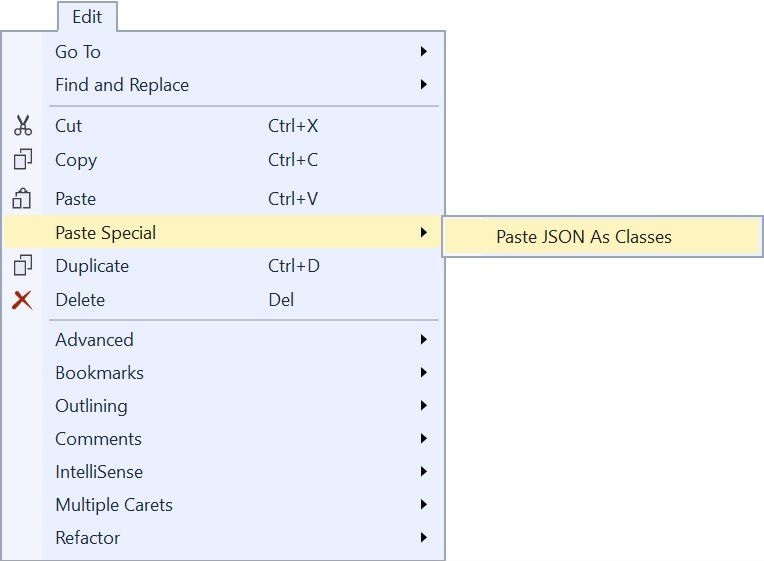 You don’t need to write quotation marks around JSON property names, simply type a colon and Visual Studio will insert the quotes automatically.

Make IntelliSense and tooltips semi-transparent for the duration you press and hold the Control key. Instead of retyping ‘(‘ to show parameter info in method signatures, use Ctrl+Shift+Space to display the currently used overload.

Play a sound when certain events occur within Visual Studio. 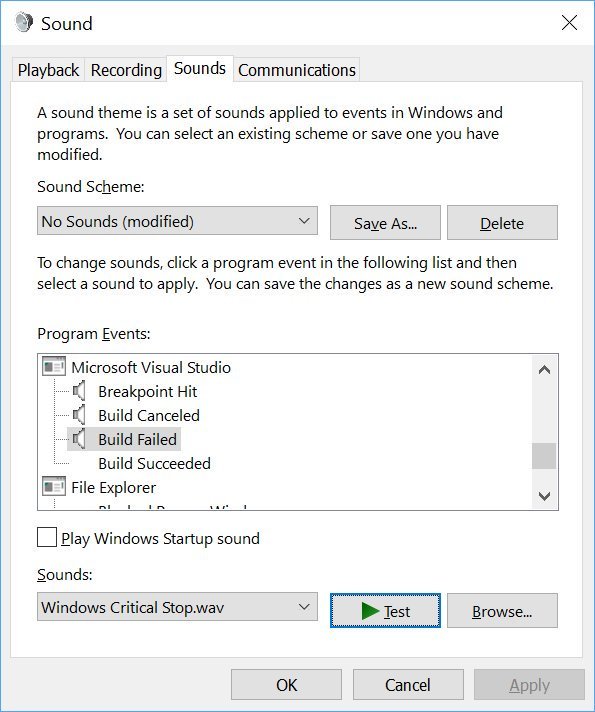 Create custom window layouts for specific development scenarios or monitor setups and switch between them easily. 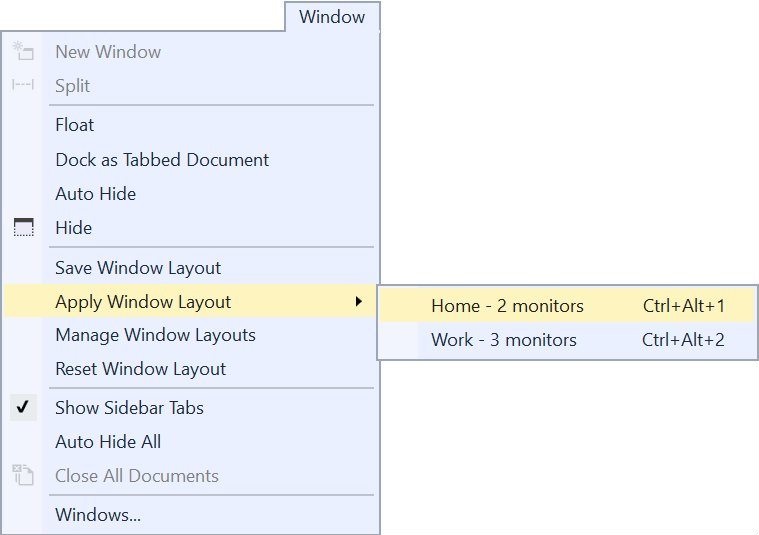 Specify which Visual Studio components are required for any solution, and Visual Studio will prompt the user to install them if missing. Read more in the blog post Configure Visual Studio across your organization with .vsconfig. 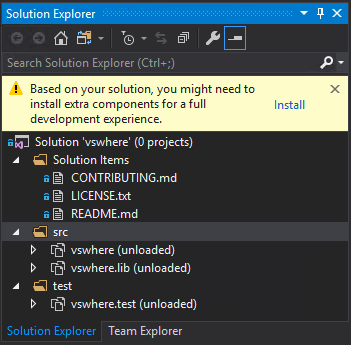 Visual Studio Spell Checker. An editor extension that checks the spelling of comments, strings, and plain text as you type or interactively with a tool window. It can also spell check an entire solution, project, or selected items. Options are available to define multiple languages to spell check against.

Add New File. A Visual Studio extension for easily adding new files to any project. Simply hit Shift+F2 to create an empty file in the selected folder or in the same folder as the selected file. This was just a few of the thousands of available extensions. To see more extensions, go to the Visual Studio Marketplace.

Mads Kristensen
July 11, 2019
9 comments
Resolve code issues in live apps running in Azure Kubernetes Services with the Snapshot Debugger
Snapshot Debugger is built for production so you can set Snappoints and Logpoints in code, like debugger breakpoints and tracepoints. However, when a Snappoint is hit in an AKS Linux Docker container, a snapshot is dynamically created without stopping the process. You are then able to attach to these snapshots using Visual Studio.