Use PowerShell to Group and Format Output

Summary: Microsoft Scripting Guy, Ed Wilson, teaches how to use Windows PowerShell to group and to format output.

Microsoft Scripting Guy, Ed Wilson, is here. One of the cool things about Windows PowerShell is that it allows you to work the way that you like to do so. The other day, I was making a presentation to the Charlotte PowerShell Users Group. The photo that follows shows me talking, and the Scripting Wife and Microsoft PFE Jason Walker at this first ever meeting. 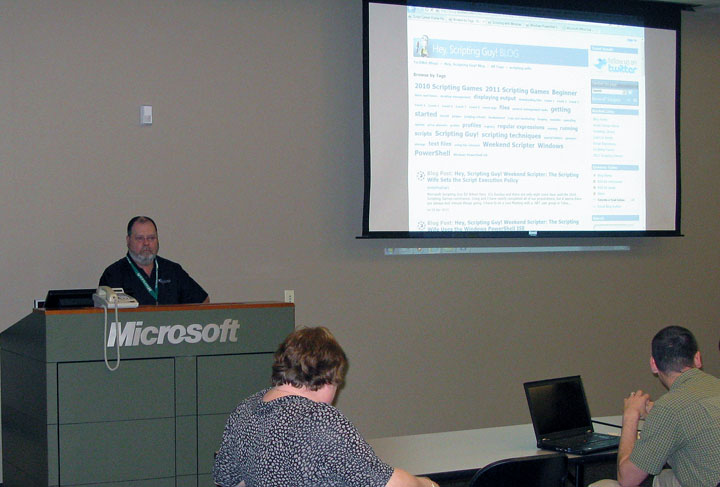 One of the attendees asked, “Is Windows PowerShell a developer technology or a network administrator type of technology?” Before I could even answer the question, someone else jumped in and said that Windows PowerShell is really powerful, and that it has a number of things that would appeal to developers. However, he continued, the main thing about Windows PowerShell is that it allows you to process large amounts of data very quickly. Cool, I thought to myself; I did not see the need to add anything else to the conversation.

One of the fundamental aspects of working with data is grouping the data to enable viewing relationships in a more meaningful way. Earlier this week, I looked at using the Group-Object cmdlet to group information.

The Group-Object cmdlet does a good job of grouping Windows PowerShell objects for display, but there are times when a simple grouping might be useful in a table. The problem is that the syntax is not exactly intuitive. For example, it would seem that the command that is shown here would work.

When the command runs, however, the output (shown in the following image) appears somewhat jumbled. 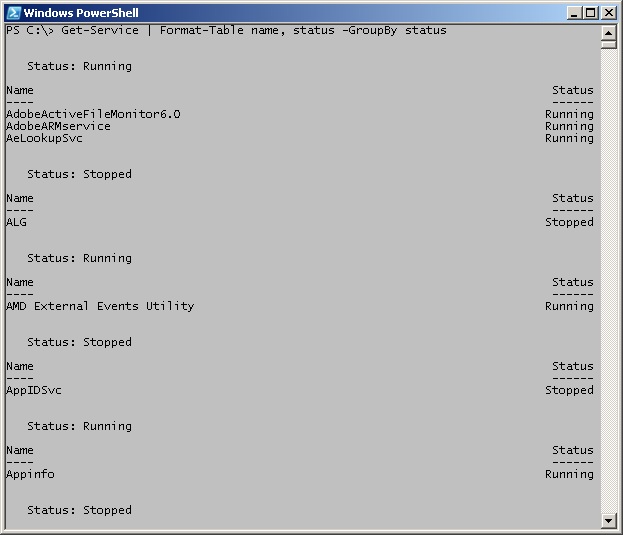 After it is sorted by the Status property, the service information displays correctly in the grouped table. This revised output is shown in the image that follows. 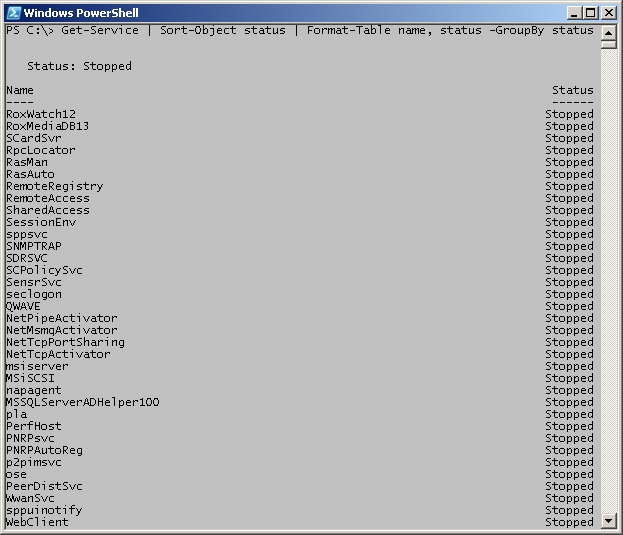 As might be expected, this non-grouping behavior also exists with the Format-List cmdlet, which is a cmdlet that also contains the GroupBy parameter. The code that follows appears to group the output, until one takes a closer look at the output.

A look at the output (shown in the following image) shows that the grouping occurs only when concurrent services share the same status. 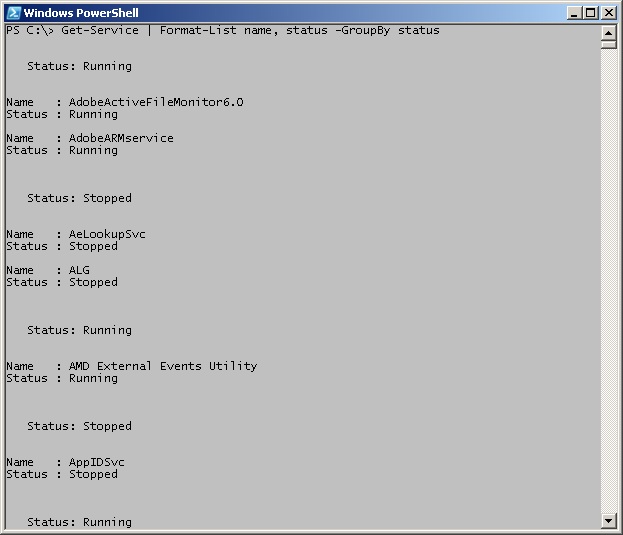 The revised command and the associated sorted output from the command are shown in the image that follows. 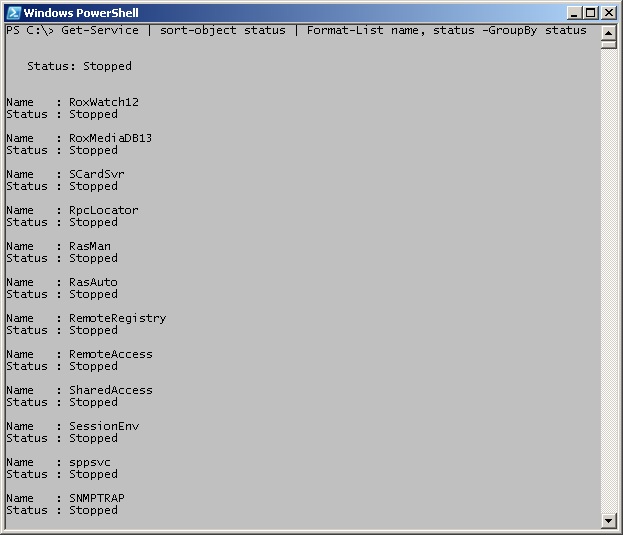 One of the cool things to do with the Format-List cmdlet is to use a ScriptBlock in the GroupBy parameter. Once again, it is necessary to sort the output prior to sending it to the Format-List cmdlet. In fact, you may need to sort on more than one parameter, as illustrated in the code that follows. (This code is a single line command that is broken at the pipe character for readability). 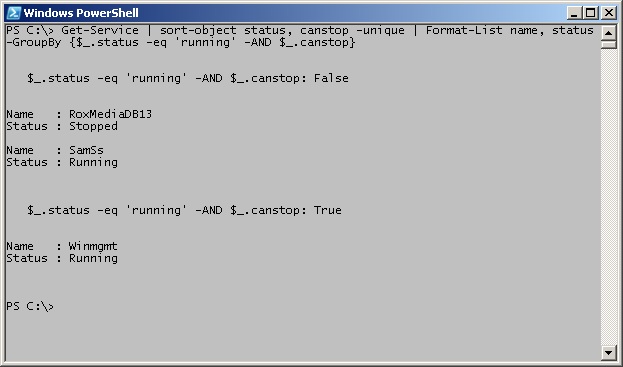 The image that follows illustrates creating a table that groups output based on a ScriptBlock.

Well, that is about all there is to grouping output information by using the Format-Table and the Format-List cmdlets.