Microsoft Scripting Guy, Ed Wilson, is here. It is sort of official…

There are at least three Windows PowerShell Saturday events coming up. They are listed on the PowerShell Saturday website. Atlanta and Singapore are already planning (I know, because I will be speaking at both events). The Charlotte event is still early in the planning stages (I will be speaking there also). Of course, don’t just take my word for it. Bookmark the PowerShellSaturday website, so you can keep up to date on all the events.

Note  For good background info about running Windows PowerShell scripts from a remote file share, check out the guest blog post written by June Blender and Judith Herman: How to Run PowerShell Scripts from a Shared Directory.

So I have this shared folder on one of my servers. I can open Windows PowerShell and use the Net View command to see all of the shares. I can then use the Get-ChildItem command (dir is an alias) to view the files in the shared folder. This is shown here. 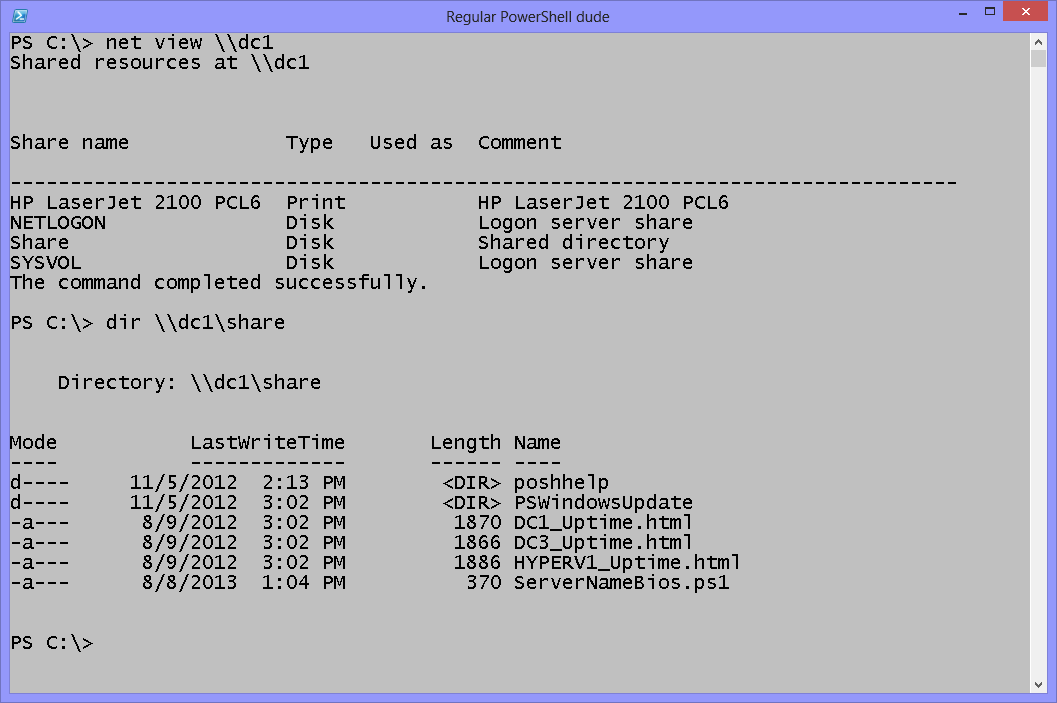 If I want to look at the files in a GUI, I can type the path into Internet Explorer, and view the files in the File Explorer as shown in the following image. 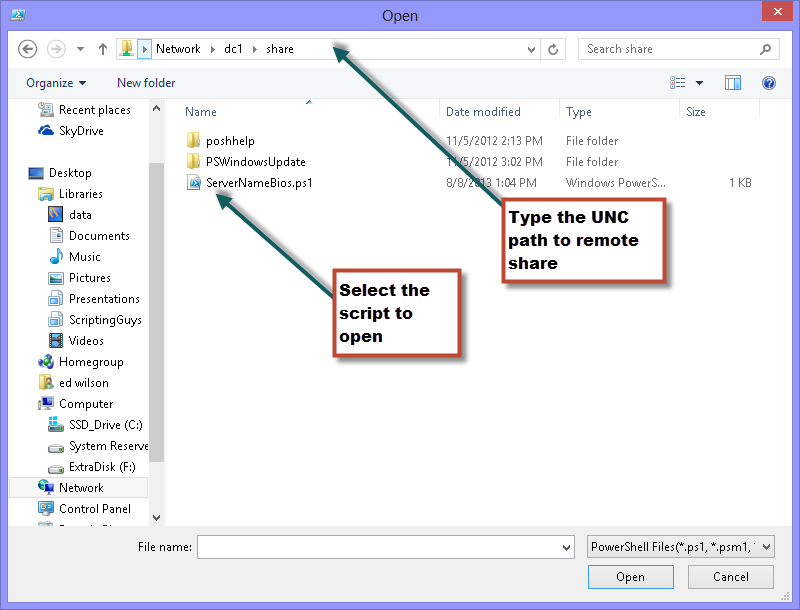 I view (and edit if required) the script from the remote file share. When I am ready, I click the green triangle (or press F5) to run the script. At the top of the output pane, I see the UNC location to the script. On the subsequent lines, I see the output. 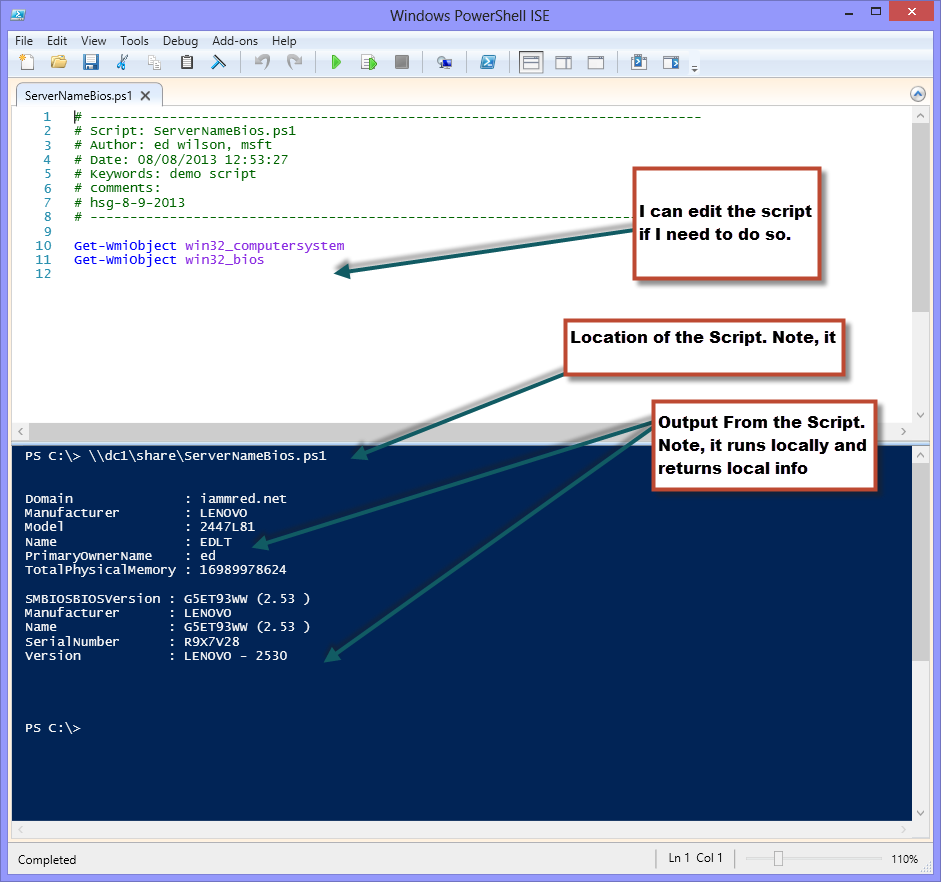 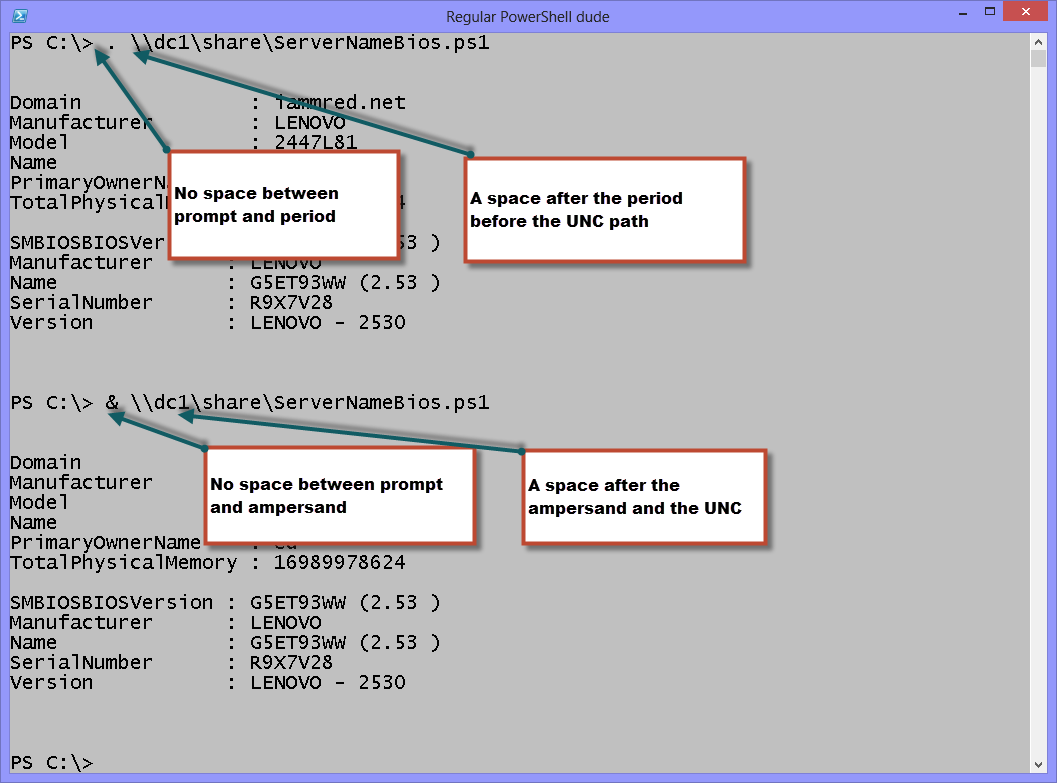 PowerTip: Use PowerShell to Get DHCP Stats
Summary: Learn how to use Windows PowerShell 3.0 in Windows Server 2012 to get DHCP statistics.  How can I get an overview from my DHCP server running on ...