Microsoft Scripting Guy, Ed Wilson, here. WOOHOO! It is TechEd 2012 Tuesday in Orlando, Florida! The Scripting Wife and I had breakfast with Jason, Will, Daniel, Lido, and Rohn. Beyond “How’s that coffee taste to you,” the conversation quickly turned to Windows PowerShell. We had a great discussion about the pros and cons (mostly cons) involved in making manual changes to critical systems. Here is Rohn elaborating on this point with Lido, the Scripting Wife, and Will hanging on his every word. 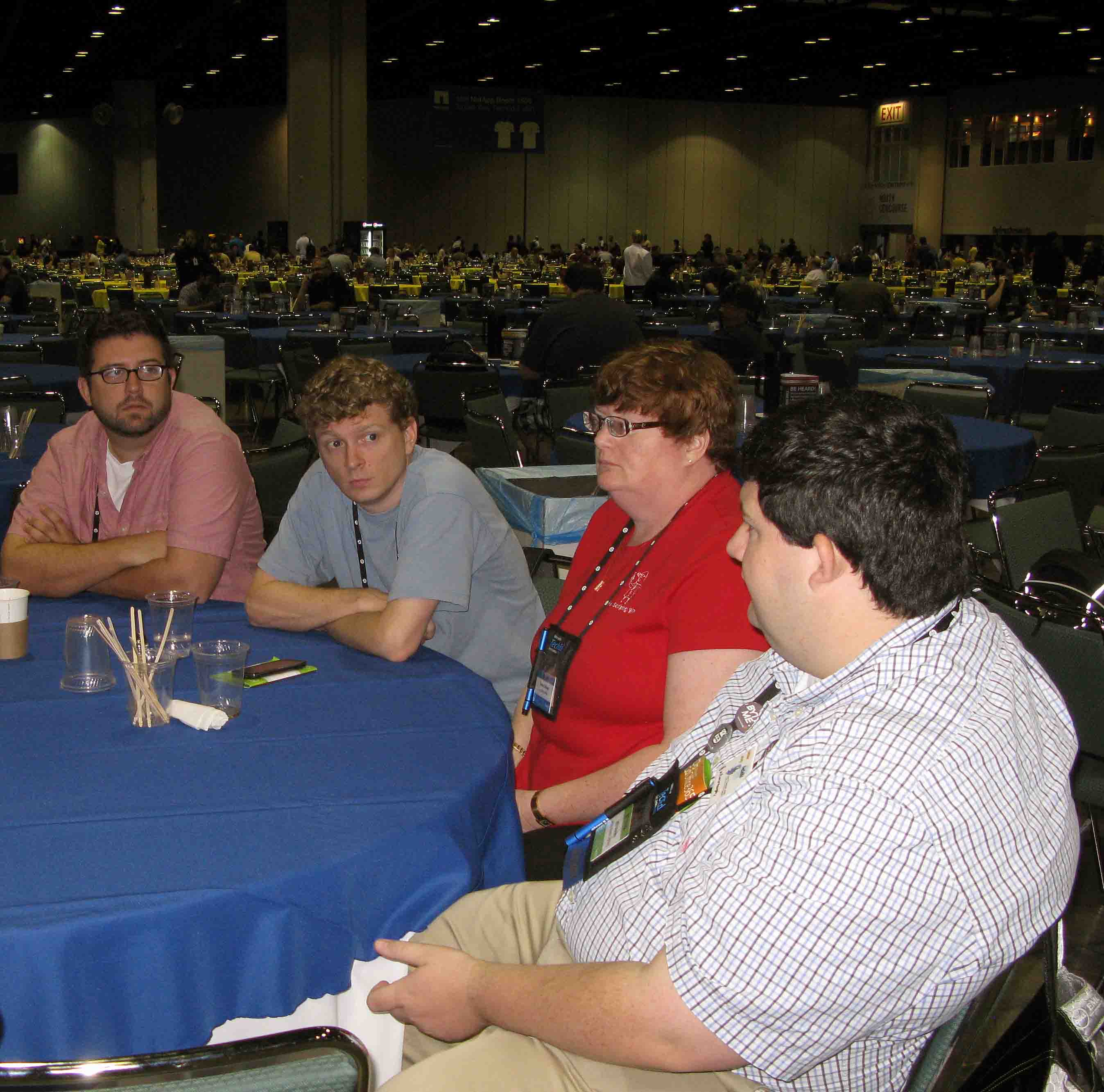 Immediately after breakfast, I had my interview with Blaine Barton, the IT Pro technical evangelist, for the IT Time TechNet Radio pod cast. Following that, I had my book signing at the O’Reilly booth. Here I am signing a copy of my Windows PowerShell 2.0 Best Practices book for Blaine immediately after the interview. 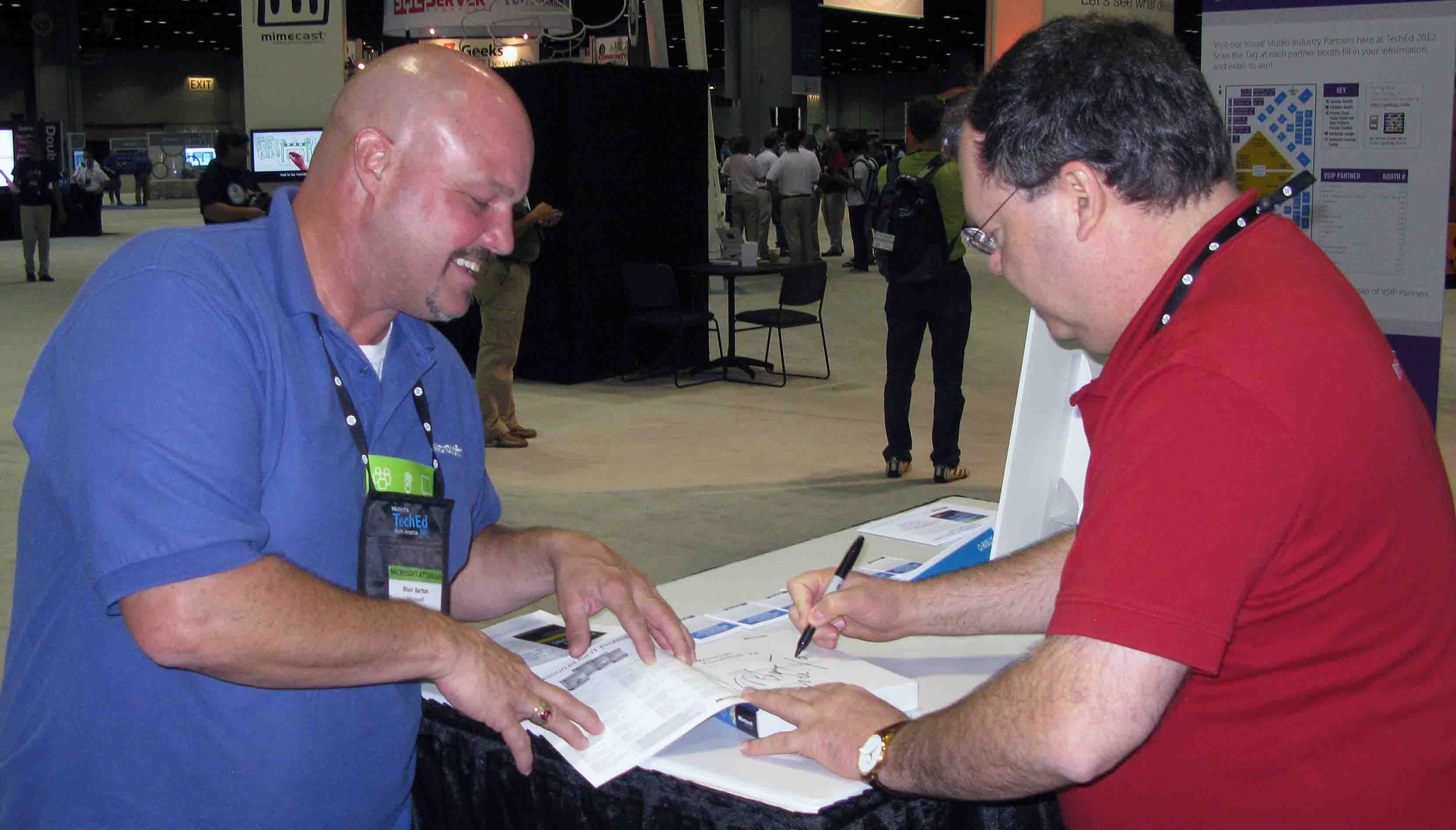 After that, Jeffrey Snover stopped by the Scripting Guys booth to chat with Lido Paglia and Rohn Edwards, the two winners of the 2012 Scripting Games. This particular event was not planned. But the Scripting Wife ran into Jeffrey last night at dinner, and he asked if he could come by and meet up with the two winners. This ended up being the highlight of the morning. A few quick tweets, and quickly a crowd gathered around. Here Jeffrey weaves his magic spell with a story about the early days of Windows PowerShell development. 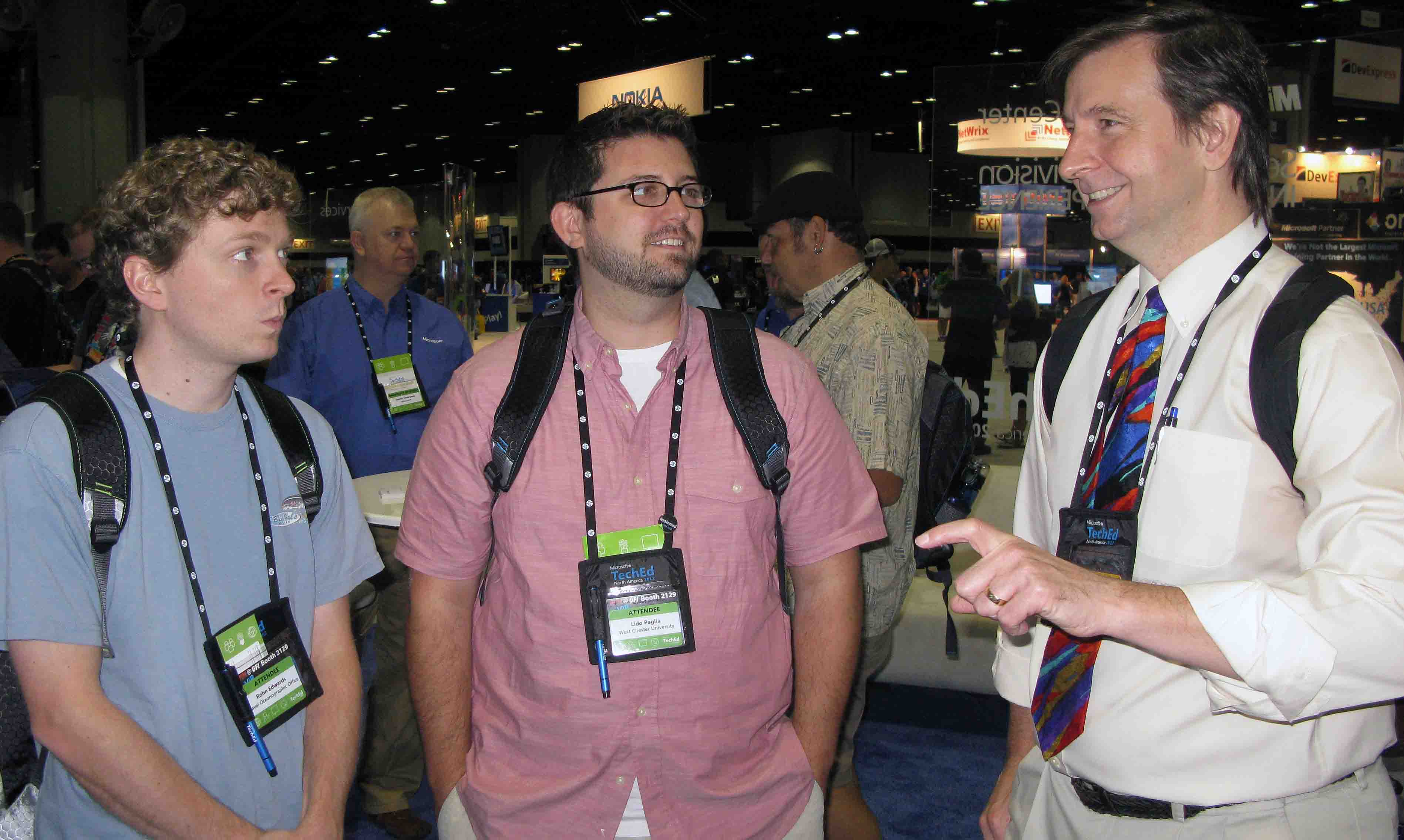 Following lunch, we had additional guests including Jeffery Hicks and Dr. Ferdinand Rios, who came by to talk about Windows PowerShell with people who were hanging out at the booth. Lido expressed the situation best when he said, “I am using the Scripting Guy booth as the hub for my TechEd experience. I go to sessions I am interested in, but I always cycle back by the booth because I know there will always be really cool people to talk to.” Yep, that’s us—the Scripting Guys booth where all the cool people hang out. If you are around, come hang out. Hope we see you tonight at the Scripting Guys table at Community Night from 6:15 PM to 9:00 PM in North Hall B. But dude…like…every day down here is community day, so Community Night at TechEd 2012 in Orlando, Florida is just icing on the cake. Come by, and say, “Hi.”

WOW! This just in! My O’Reilly editor just came by, and he said felt really bad because my book signing ended up turning people away—a LOT of people away. So somehow he managed to score another 23 copies of my Windows PowerShell 2.0 Best Practices book. So come by the O’Reilly booth at noon Wednesday (that’s tomorrow). Hint: You should probably arrive a bit early to ensure you can score an autographed copy.