This was a short release where we closed a total of 13 issues, and it includes a data viewer when debugging and PYTHONPATH support with Pylance.

The data viewer in the Jupyter and Python extensions allow for easier and cleaner visualization of data when using Jupyter notebooks in VS Code. We’re excited to announce that in this release we added support for the data viewer when debugging Python files as well!

To try it out, you will need to have pandas installed in the selected environment for your workspace. Then, you can just add a breakpoint after the line of the variable you want to inspect, hit F5 and select Python File from the configuration menu: 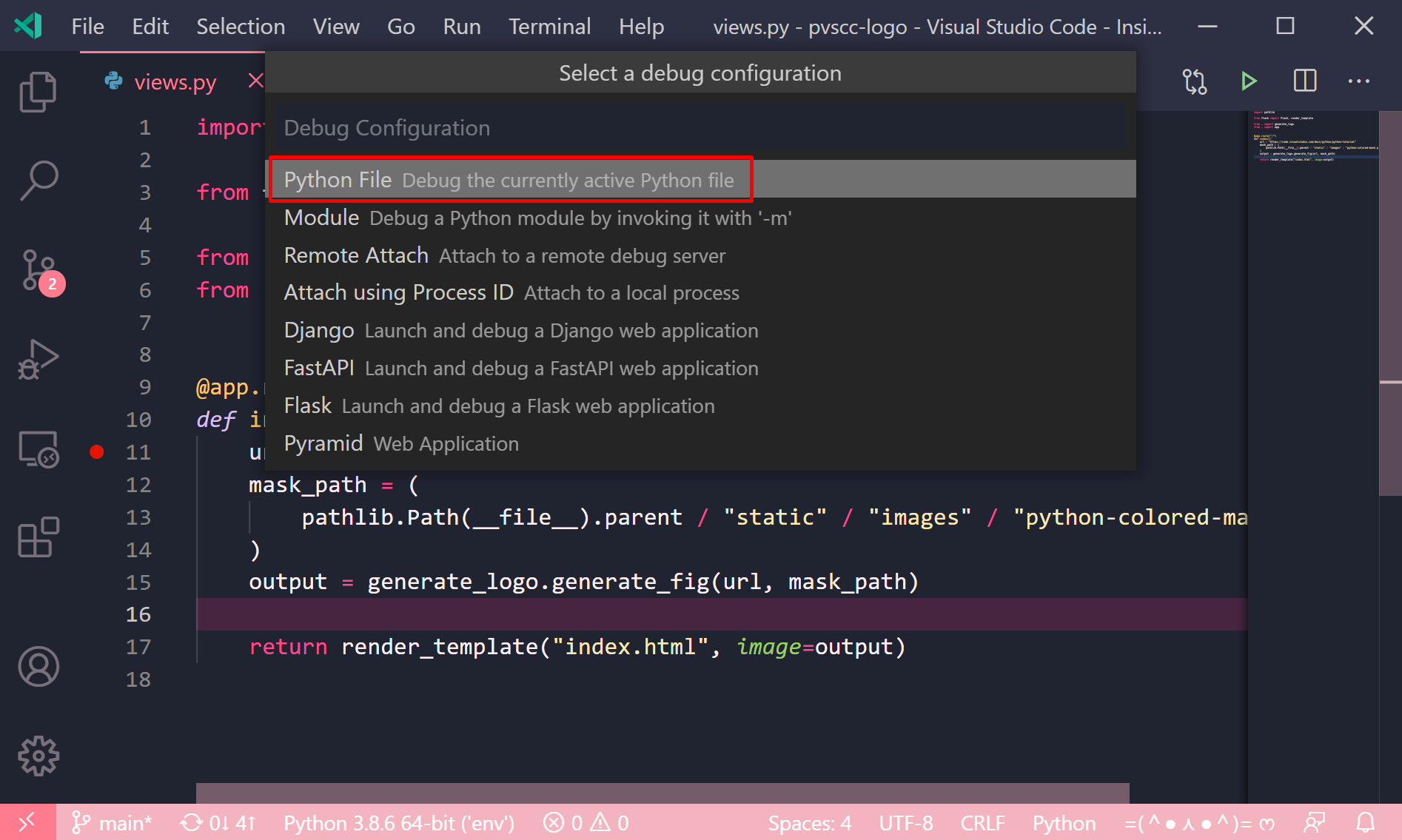 Now when you open the debug view, you can right click on the variable you wish to inspect and select “View in Data Viewer”:

This release includes support to allow you to use the PYTHONPATH variable in .env files with Pylance for improved import resolution. If you’re a Pylance user, your PYTHONPATH specified in .env files is now read alongside any paths included in python.analysis.extraPaths as an import root. In addition, editing the .env file will now update environment variables without any need for a reload.

Jeffrey Mew
February 17, 2021
8 comments
Python in Visual Studio Code – March 2021 Release
We are pleased to announce that the March 2021 release of the Python Extension for Visual Studio Code is now available. This release largely focused on bug fixes and stabilization work in our Python, Pylance and Jupyter extensions, and includes a preview of improved Jedi language server support for our Python Insiders.