This release includes TensorBoard integration, and improvements on docstring readability and code navigation with Pylance. If you’re interested, you can check the full list of improvements in our changelog.

We’re excited to launch TensorBoard integration within VS Code. TensorBoard is a data science companion dashboard that helps PyTorch and TensorFlow developers visualize their dataset and model training. With TensorBoard directly integrated in VS Code, you can spot check your models’ predictions, view the architecture of your model, analyze you model’s loss and accuracy over time, profile your code to find out where it’s the slowest, and much more! 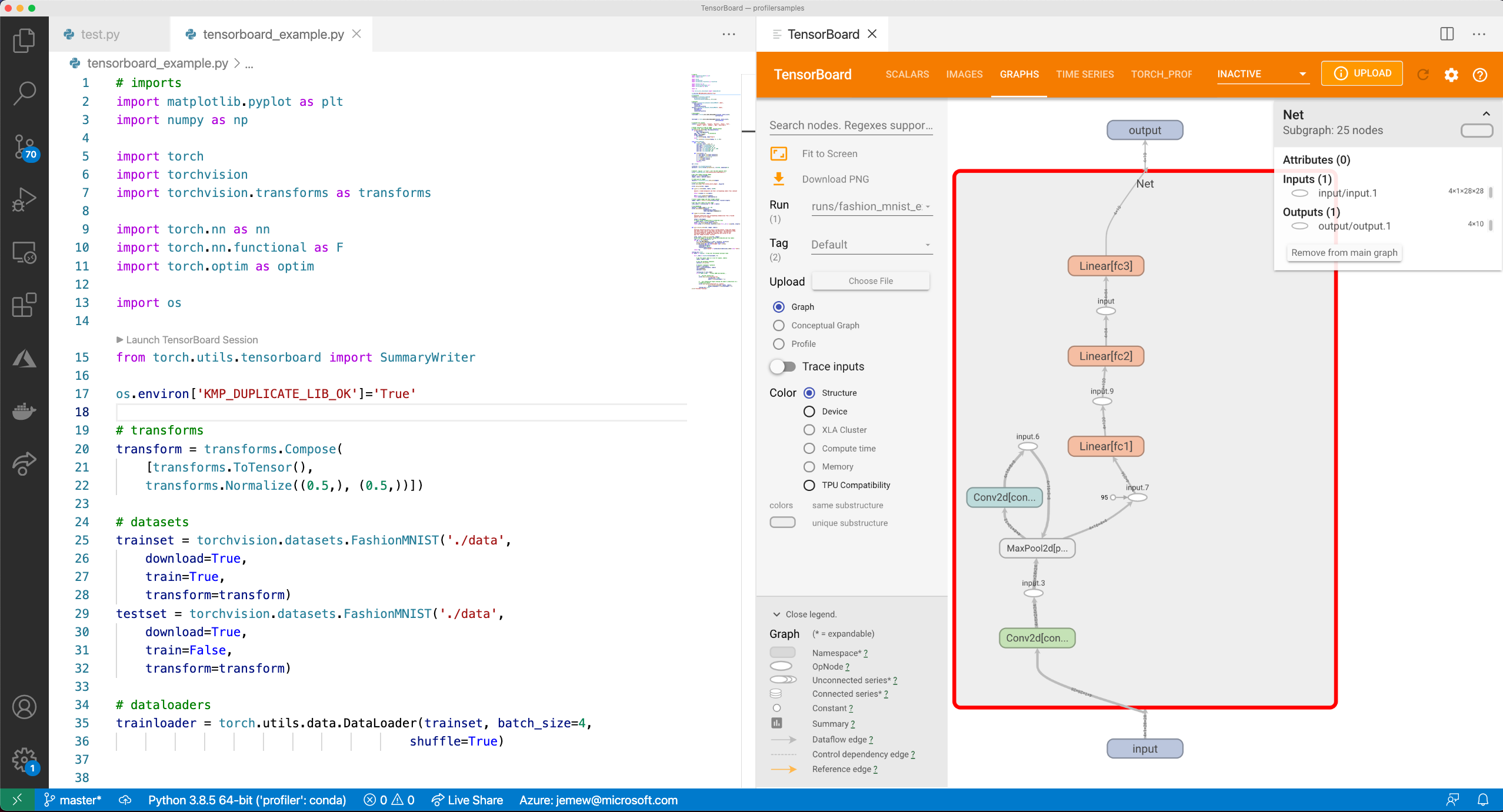 We’re excited to announce huge improvements to the readability and formatting of docstrings in Pylance. You can now more easily read docstrings with indented regions (such as parameter blocks in numpy and pandas docs), nested lists (such as those in argparse) and modules that use epydoc formatting (such as OpenCV).

Improved go to definition and go to declaration behavior

Python in Visual Studio Code – March 2021 Release
We are pleased to announce that the March 2021 release of the Python Extension for Visual Studio Code is now available. This release largely focused on bug fixes and stabilization work in our Python, Pylance and Jupyter extensions, and includes a preview of improved Jedi language server support for our Python Insiders.